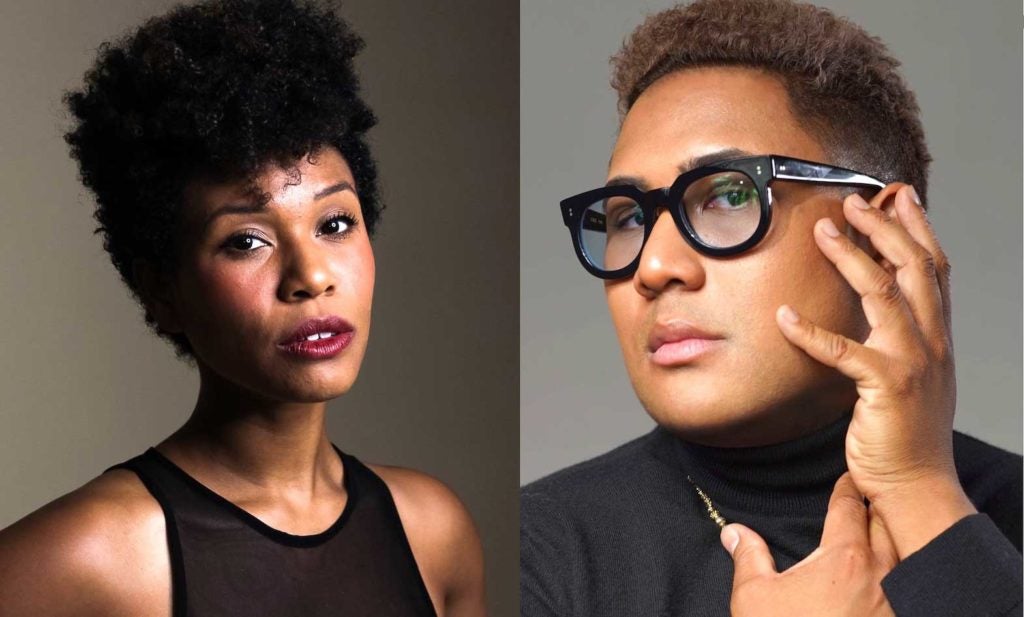 LOS ANGELES — People across the United States and around the world have been protesting almost daily against racism and police violence,  in response to the killing of George Floyd, and unarmed black man, in Minneapolis police custody.

INQUIRER.net asked black Filipino American theater artists for their perspectives as artists in their respective communities. Here are excerpts from their responses.

Playwright Roger Mason is a Los Angeles native whose credits include “The White Dress,” “Onion Creek,” “The Duat,” among others.

“I believe that we, as a nation, are truly fed up with the systematized racism that not only affects black people in our country but also influences the ways that other people of color (POC) are able to live out or not fulfill their stake in the American dream,” he says.

“We are being forced to take a long, hard look at the legacies of bias, oppression, and violence that keep us regrettably apart rather than united as a country of strivers.

“My hope is that this reckoning will result in new regulations and policies that create lasting change maintained through oversight, accountability and protection under the law.

“As the son of an attorney, I know firsthand that the law can do much to protect the vulnerably by regulating interpersonal and civic behavior.

“The other piece of the puzzle is mindset. How do we begin to foster genuine empathy and understanding towards those who look, sound, love, worship, and value things differently than ourselves? That’s the work of community-building which takes time, emotional availability and willingness of folks to truly hear one another—one human to another.

“As a black, Irish, Filipino artist, my work centers on chipping away at the biases, especially racism, that keep people apart because of their identities and affiliations. My earnest prayer is that the plays I write inspire personal and social change by stirring audiences to culturally transformative action once they leave the theater.

“Whenever I [rehearse] my plays, I see people of different geographical, gender, racial, philosophical and—the list goes on—identities coming together for one purpose: to make art that moves the human spirit.  The unity that art births fills me with hope.”

Based in New York, actress N’Jameh Camara is a native of Milwaukee, Wisconsin. After recently completing a national tour of the musical “The Color Purple,” credits include production of “Junk” in her hometown and an Off-Broadway production of “Macbeth.”

“It’s times like this when I think about my uncle, nearly beaten to death by skinheads because of his Filipino star tattoo. I remind Filipinos and Asians that we aren’t free from racial hatred,” she says.

“If you don’t stand up in solidarity with black people and Africans around the world who’re treated most unjustly, then…you’re a convenience to white supremacy.

“I’m energized, hopeful, scared and tired in regards to the protests. But let me clarify; I’m energized by the pool of resources and talents that Americans are offering up to combat racism against Black Americans.

“Black Lives Matter is not to say that black lives matter more than others. It’s simply to say, black lives, presence, contributions and being Black matters in a country and world where Black people are considered the most dispensable and undesirable.

“I’m zeroing in on how to help my city of Milwaukee. It’s one of the top most segregated cities in the US…I’ll speak out against that and push my Mayor to do something about it.

“In regards to being Filipino, we need to acknowledge our own prejudice, colorism, and how colonialism has socialized us to think that European features are more desirable.

“I’m blessed that my mother, and many of my Filipino aunts, married Africans and African American men because they followed the way of love and challenged their families’ prejudices. For anyone who questions if they should be with someone black, question what you’ve been taught. If you’re Filipino Catholic, remember that God exists in all people. Everyone was made in the image of God. Evil exists in prejudice. 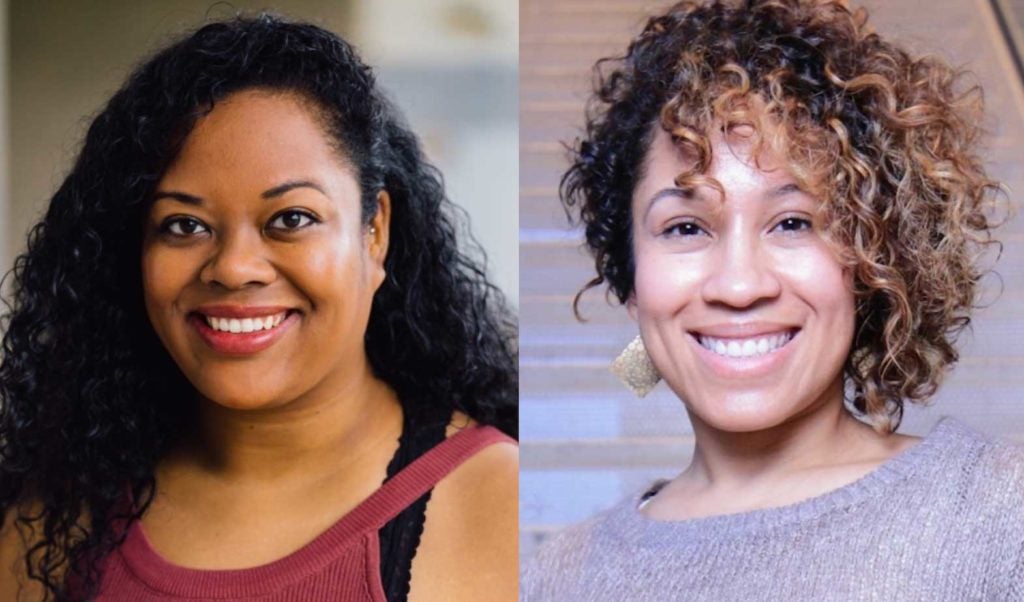 “It doesn’t matter how welcoming and progressive the theater community makes itself out to be, there still exists prejudice. It’s the microaggressions, the covert messages that add up. It exists within people leading the process…

“As a theater maker, I want us, POC, indigenous voices, to go into casting director, producer and director roles. Get where the money and the decisions are made. I want to see more Asian stories on a commercial level that aren’t in relation to whiteness. I want to see more plays with intercultural families. I want to see my family reflected on stage.

“Use this time to discuss with your family and kids about racism and history of colonialism from a non-white perspective. If you can’t discuss race when the whole country is re-evaluating identities and social constructs, then when?

“As a woman of both black and Filipino ancestry, I’m both in a state of exhaustion for my people and highly energized by the momentum…toward dismantling the current structures that remove access to basic needs such as pure existence and supported radical imagination,” she says.

“Many in the Asian community are awakening to the insidiousness of the racism that lay at the foundation of this society called the United States of America. Many non-black communities of color are finally facing themselves in the mirror, slowly peeling away at the layers of white supremacy passed down over many generations.

“Non-white communities of color must honor the Black civil rights movement for it has provided roots upon which the Brown Berets of the Chicano Movement and the Asian American Political Alliance have blossomed.

“My Filipino community, please continue to be self-reflective. Acknowledging racism in our culture is painful. By doing so, we can be effective in our allyship. We’re a people also colonized, our ancient teachings also removed and replaced by colonialist imperialist ideologies. Our black siblings were fed to the alligators, our Filipino ancestors were fed to the crocodiles.

“We may have a leadership that silences speaking out against the government, but we carry the blood of warriors. We’re a people built on principles of kapwa, shared identity and equality. How can we honor our traditional morals and value systems while ignoring the core ideal central to our cultural identity; while watching racism’s knee on the neck of our black siblings; without stepping forward in solidarity to interrupt the perpetuation of genocide happening right before our eyes?”

Actress Monica Harris was born in the Philippines and moved to the US with her family when she was three years old, growing up just outside of Fort Worth, Texas.

Her last production prior to the pandemic was “Harry and the Thief” staged by NOLA Project in New Orleans, where she’s based. Meanwhile, she’s participated in online staged readings such as Mirrorbox Theatre’s “The Wooden Heart.”

“I’m anxious. Fiery. Sleep-deprived,” she says. “Last Monday, I was running [late going to]…my job when I just stopped mid-step and started weeping in my mask. Had my partner not been with me in that moment, I might’ve turned around and gone straight home. I just needed to cry.”

“I’m feeling a lot of frustration and sadness over not being able to physically participate as actively as I would normally due to the pandemic. I share resources virtually and demonstrate physically when and how I can. I use my social media platforms to circulate on the ground efforts and news.

“I spent a lot of my childhood being unsure of where I fit in, but theater helped me embrace and take command of the complexity of my heritage through visibility. Representation matters. I need white theater creatives to understand that ‘colorblind’ casting is a figment of their imagination. Be conscious and intentional instead. Hire Black-indigenous-POC (BIPOC) actors, designers, directors, writers, crew, etc. for their talents and their skills. ‘See’ them. Be absolutely purposeful about every aspect of the stories you choose to tell. Pay us fairly for our work. ‘Exposure’ is not a paycheck.

“My family. My inner circle. Mother Nature. Children. Music. Art. BIPOC who lead by example in their everyday lives without apology—these are what give me hope.”