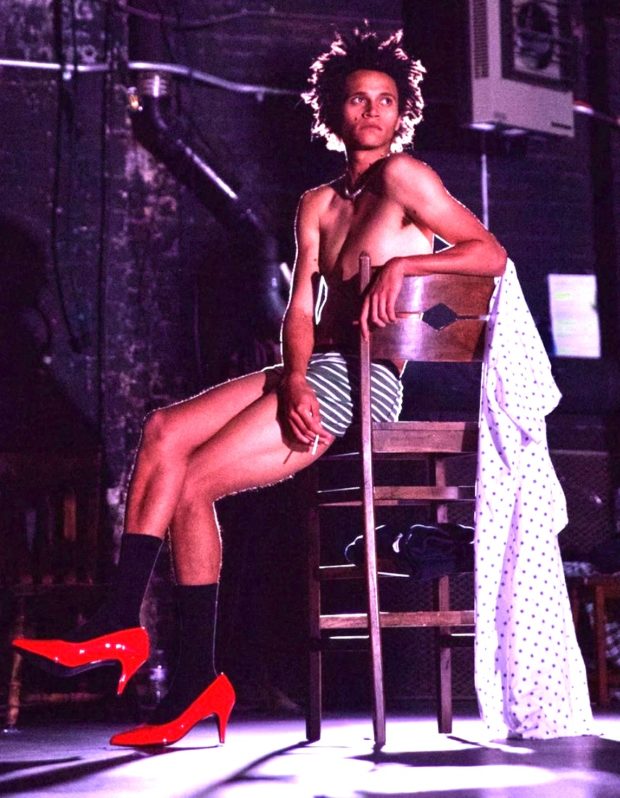 Scene from “The White Dress,” a play about Jonathan’s journey of self-acceptance. CONTRIBUTED

The play is about Jonathan, whose father is black and mother is Filipino, as he forms his own relationship to sex, gender and his way in the world amidst opposition from his parents.

Along the way, Jonathan falls in love with his transgender friend Winnie, who challenges his ideas of commitment, attraction and family.

“In this gender-queer story, we follow Jonathan from eight years old to 24 as he goes on his journey accepting himself as a gender-nonconformist and pansexual and all kinds of lovely, delicious things,” says Mason.

(Gender-nonconformity is behavior or appearance that does not conform to prevailing cultural and social expectations of what is appropriate to a respective gender. Pansexuality is sexual, romantic or emotional attraction to people regardless of their sex or gender identity.) 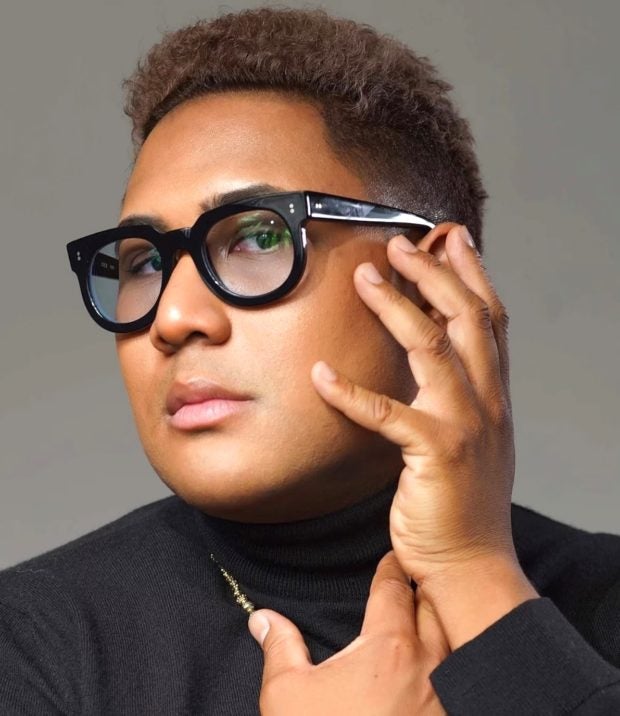 While the play highlights self-acceptance, the roadblocks and detours leading to it are what inspired Mason to create this semi-autobiographical play.

Mason recalls when he was 12 years old, a pediatrician told his mother, “Your son is a faggot. You need to fix him.”

“For the doctor, it was a tactless reaction to my ‘feminine’ self-expression … the usual: high voice, flamboyant hands, a hip swish or two, the classic, tell-tale signs.

“For my Filipino Catholic mother, it was confirmation of … why I was ‘different’ from my classmates at school.”

For Mason, it was the beginning of an arduous adolescence where his sense of self was constantly questioned and shamed by people around him, including his own family.

“Until I left for college, I was made to feel that how I acted and who I was were embarrassing and wrong.”

Mason’s “personal journey to overcome shame, permission” and also to “embrace desire” is mirrored by Jonathan’s “quest for a space in which to live out loud.”

After a fruitful time of discovering himself, Mason started writing “The White Dress” while he was in graduate school (where he took up writing for screen and stage) in Chicago.

Mason now celebrates all the different aspects of who he is, to wit: “black, Irish, Filipino, gender-queer, plus-sized and fabulous!” he declares.

This all-encompassing stance is reflected in his approach to his creative output as well. “Before I started writing for theater, I was a pianist, I was a visual artist and I did modern dance. So, my work is constantly playing with how I can experiment with form.”

This has led to Mason’s incorporating movement into “The White Dress” by collaborating with director and choreographer Adin Walker. “The White Dress” is now described as “part religious rite, part dance/performance.”

Mason’s other produced plays include “Peter Pan.” He has also written “The Wind People,” “Onion Creek” and “Orange Woman.”

“Jonathan’s desire to exist unapologetically mirrors not only my own, but also the dream of countless queer people in the US and across the globe,” says Mason.

“We are in the fight of our lives for visibility and acceptance.  ‘The White Dress’ posits that the fight starts at home—in our mother’s boudoirs, on our playgrounds, in those psychic spaces to which we retreat when we’re told we are wrong.

“The fight is long and hard. It’s internal and external. And it’s always painful.  But we emerge. And when we do, we know unequivocally that we are fine just the way we are.  And no one can take that away from us.”