From left: Tinkerbell, Captain Hook and Peter Pan in a new outdoor-theater musical version of “Peter Pan” written by Roger Mason to be staged by Serenbe Playhouse. BREEANNE CLOWDUS

ATLANTA —  A new musical version of “Peter Pan,” written by Filipino American Roger Mason, will open on May 31 at Mado Hideaway in the Serenbe district.

To be staged by Serenbe Playhouse, the musical will run until August.

Serenbe Playhouse stages all of its productions outdoors. Its 2016 staging of “Miss Saigon” featured a real working helicopter that landed and took off in every show. The cast included Fil-Am actors Niki Badua and Eymard Cabling as Kim and the Engineer, respectively.

Based on the characters and works created by JM Barrie, Mason’s version of “Peter Pan” will provide theatergoers a slightly different take on the well-known story of the boy from Neverland “who wouldn’t grow up.”

“In this piece, which is outside the Peter and Wendy tale that everyone knows, Peter is separated from his Lost Boys by a spell which renders him alone,” says Mason.

“He must learn to become an empathetic community leader rather than a dogmatic dictator of their experiences.”

Mason became involved with the production upon the invitation of the musical’s director Michael Alvarez.

Based in Los Angeles, Mason has been working remotely with the musical’s lyricist and composer Ella Grace, who is based in Scotland.

Mason was born in Santa Monica, California to a father who is black and Irish and a mother who is Filipino. 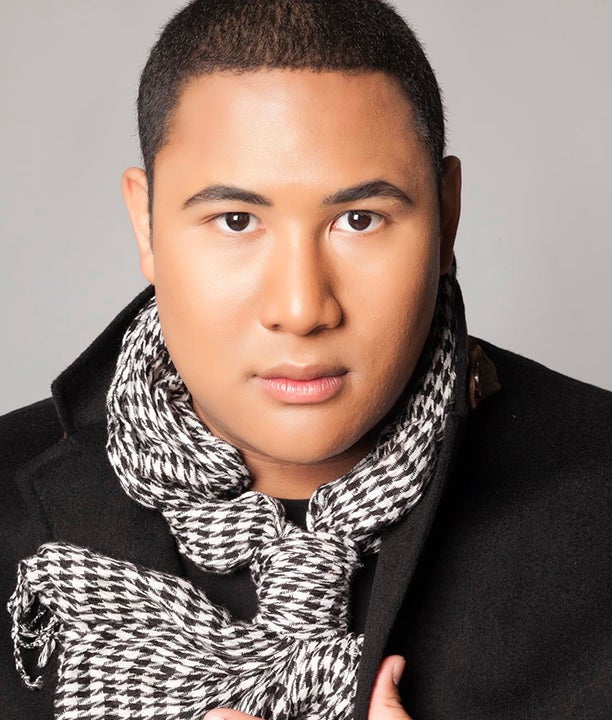 An affinity for words and storytelling was nurtured in him from a young age by his paternal grandmother. “She encouraged me to memorize and recite poetry by famous American writers. I’d give little recitals for my family in our kitchen. Embodying language through performance became a powerful and transformative tool of self-expression.”

By grade school, Mason was competing in poetry and speech competitions (often winning), performing in plays and musicals, dancing and studying classical piano.

It’s no surprise then that he started writing plays in college. “I was 21 when I officially wrote my first play. The piece was inspired by some gender-policing and sexuality-shaming experiences I’d had as a non-heteronormative child.

“To this day, I still explore the lives of characters who live outside of societal norms and carve cultural space for themselves in a world that’s not always ready for their presence.”

Mason went on to complete a master’s degree in writing for screen and stage from Northwestern University.

His recent plays include “The White Dress,” about how Jonathan likes to wear dresses and kiss girls, and “The Wind People,” about a white grandmother and her mixed-heritage grandson.

His earlier plays such as “Onion Creek” and “Orange Woman, A Ballad for a Moor,” are self-proclaimed historical fantasias.

“A lot of my early works were inspired by history because there’s so much to be learned from the past, particularly how we regard people who are different from ourselves.

“I was curious about what I call ‘forgotten moments in remembered times’—stories from history that the status quo had silenced or set aside, figures who were shunned for being contrary to the norm.”

Through his works, he aims to challenge audiences to think about the prejudices and preconceptions they may “hold as empirical truth” and hopes that they gain “a fuller, deeper understanding of their past and present realities.”

“First the play and then the novel. Barrie was fascinated by Peter Pan and the mythology he created around this boy who would never grow up. He revisited it through various forms, e.g. the book, the play, etc., throughout his lifetime,” explains Mason.

He purposefully did not watch other adaptations of “Peter Pan.” Recent adaptations and variations of which include the Disney animated Tinker Bell videos; the films “Pan” starring Hugh Jackman and “Hook” starring Robin Williams; as well as the play “Peter and the Starcatcher.”

“I knew I was creating a tale involving Peter that was wholly of my and my collaborators’ design. We used the spirit of Barrie’s texts to inform our decisions so we would be true to the source material.

“However, we made up our own myth. That’s the beauty of what we do in the theater: we have the power to build new worlds if the old ones don’t suit our needs.”