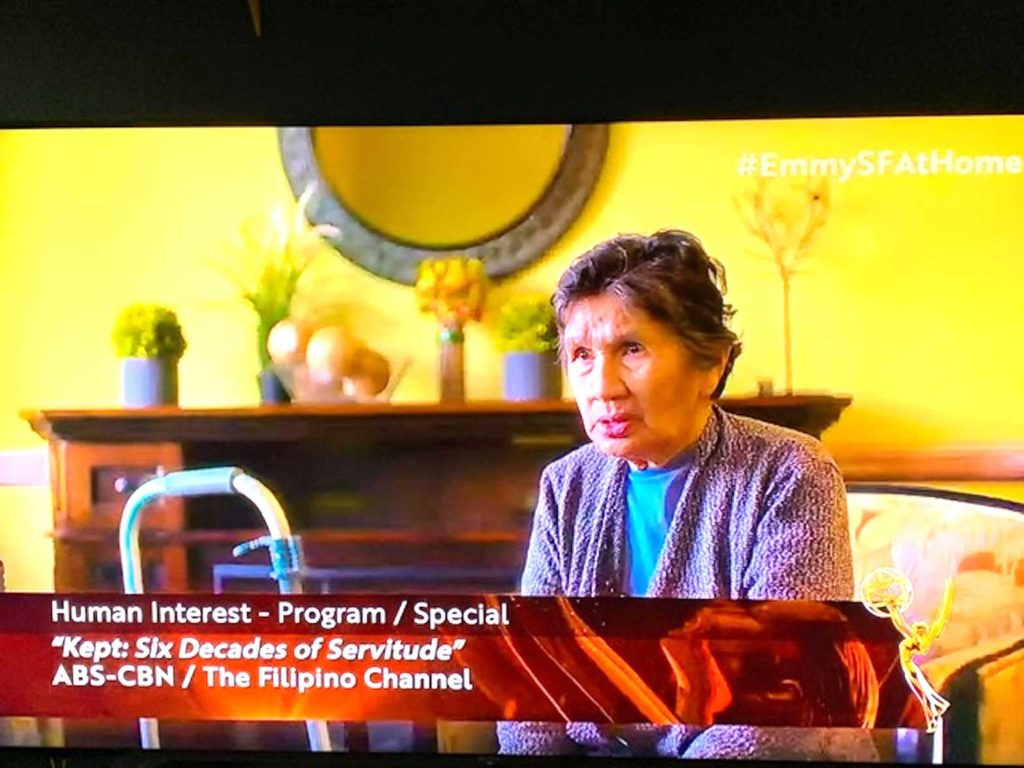 “Kept” unveils the story of Nanay Fedelina, an abused domestic worker for 65 years.

In his thank you speech via Zoom during the livestream ceremony on Saturday, BA Correspondent and Kept writer/producer Steve Angeles candidly says, “It’s a weird way to win one but we won one. God is good. We feel so blessed. It is about the stories that we do, the issues that we raise. This is for all of us at ABS-CBN. We have all been through a lot lately and hopefully this brings us some joy and brings us some pride in telling the stories of Filipinos. Kapamilya Forever.”

ABS-CBN International Head of News Production for North America Troy Espera shares that “Amid all the challenges our society is grappling with today, human trafficking in our own Filipino community remains an important issue that our news team is committed to covering. This recognition from our peers inspires us to continue sharing our community experiences with as many people as possible.”

The documentary’s director and cinematographer Jeremiah Ysip is “extremely proud of our team for all the hard work and truthfulness that went into telling Nanay’s story.” Ysip adds, “I am thankful Nanay Fedelina allowed us to document her experience as a modern-day slave.” 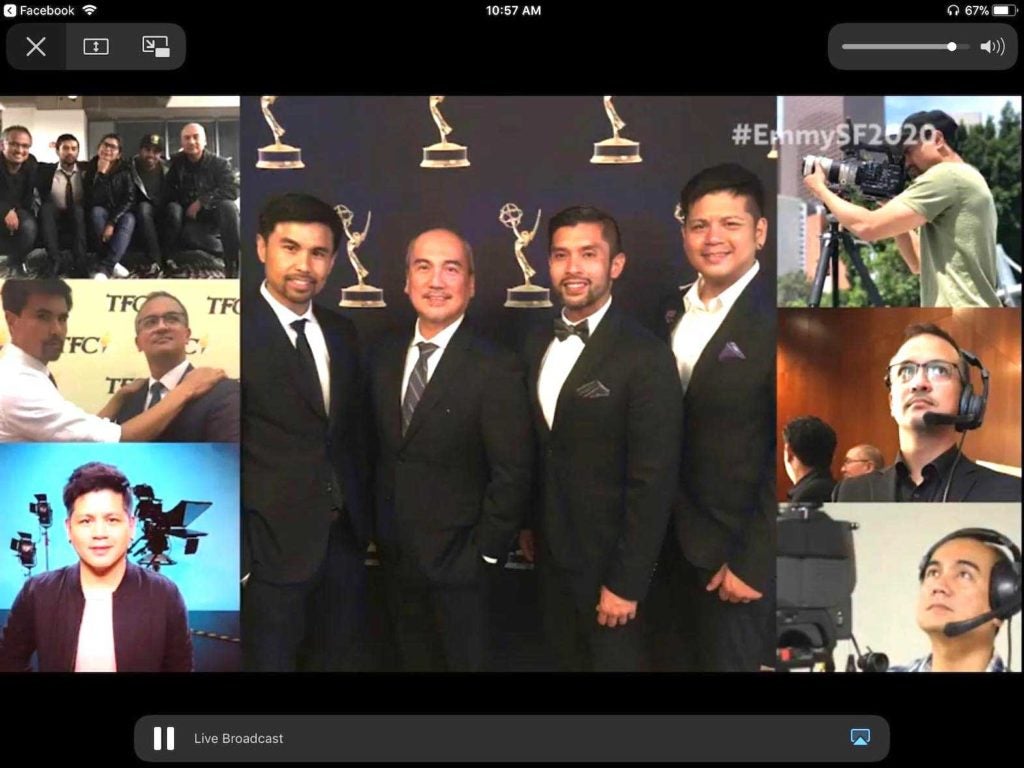 Angeles adds “I am just relieved the story of Nanay has a happy ending, thanks to the community that supported her – the Pilipino Workers Center (PWC), the Philippine Consulate – Los Angeles, the owners and staff at Long Beach Care Center, as well as the federal authorities who continue to check on and care for Nanay, who has become a symbol of hope in our community.”

“Kept” premiered on TFC in October 2019 and is currently available to watch on TFC.tv. This is the third Emmy win for BA Original Documentaries. Also nominated under the Community/Public Service (PSAs) (Single Spot or Campaign) was “Love, Kiana,” a PSA for mental health awareness produced and directed by Kiana Cruz and co-produced by Ysip for Adobo Nation.

The EMMY® award is presented for outstanding achievement in television by The National Academy of Television Arts & Sciences (NATAS). San Francisco/ Northern California is one of the nineteen chapters awarding regional Emmy® statuettes.

This year, a total of 882 entries were received, 706 English and 176 Spanish in 63 English Categories and 38 Spanish Categories. You see the complete list of recipients here.