Why you should always examine your pay stub

Why you should always examine your pay stub 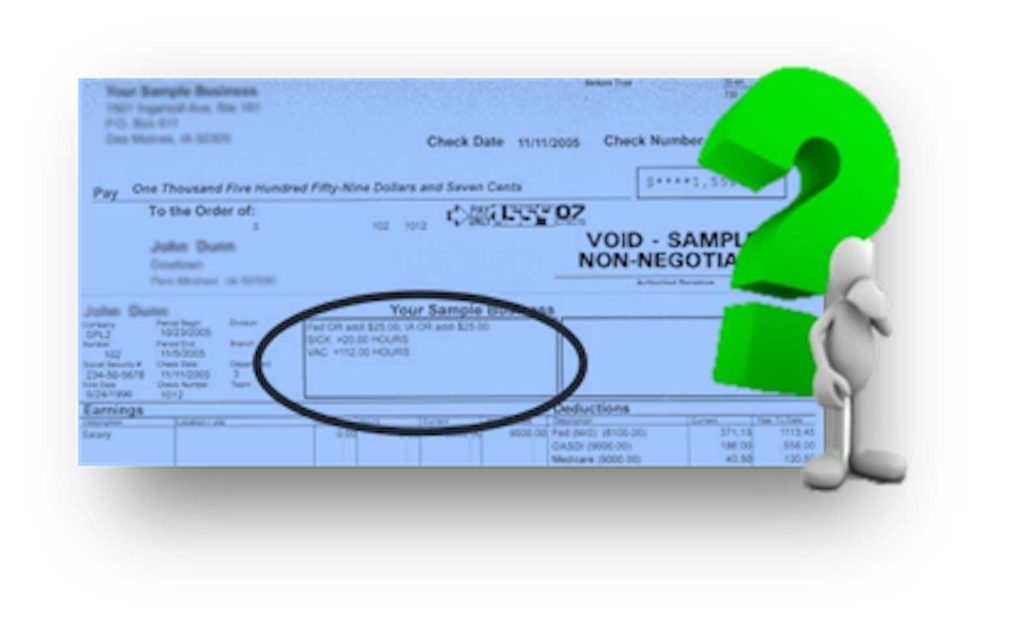 Julie Gunther started working as a flight attendant for Alaska Airlines in 2015. In 2017, she sued her employer in a class action, claiming that Alaska Airlines did not provide her with accurate itemized paystubs. This led her to question whether she was in fact paid properly for all the hours she worked.

According to various news reports, Gunther became suspicious about her paystubs when she received differing wages for the same job.  For example, Gunther claimed that she had flown one route and got paid a certain amount. The next month, she flew the same route but was paid a different amount. One would have thought that flights of the same route and duration would be paid the same amount. But apparently not.

However, Gunther could not figure out whether the inconsistent payments was due to a mistake in computation because her paystubs did not specify exactly what she was being paid for. The employer apparently refused to provide any additional information to Gunther so that the confusion could be clarified or explained.

1)   The employer’s name and address

4)   The employee’s hourly rates in effect during the pay period. This will include the regular hourly rate and the overtime rate, if any.

5)   The corresponding number of hours worked by the employee at each hourly rate. For example, if the employee worked 80 regular hours at $15 per hour and 10 overtime hours at $22 per hour, these should be reflected on the pay stub.

6)   Total hours worked. In example number 5 above, the employee’s pay stub should reflect that the employee worked a total of 90 hours for the pay period.

8)   All deductions. The employee may authorize the employer in writing that all deductions may be aggregated and shown as one item.

So what if the paystubs are missing a few items? What’s the harm to the employee?

As can be seen in the case of Gunther, if paystubs are missing certain information, it will be hard to determine if the employee is being correctly paid. If the wage itemization is incomplete, and it turns out that the hours were in fact miscalculated, then the employee would have lost out on wages that were rightfully theirs.

Employees are well served to study their paystubs a little more closely and ask the following questions:

1) Can you tell how many hours are being paid?

2) Can you identify your hourly rate(s) and how the pay was calculated?

3) Do you recognize/understand all the deductions you see?

4) Do the work hours in the paystub match your time records?

If you answered no to any of the above, then your wage statement might be incorrect or incomplete, and may violate California law. If this is the case, you may be able to recover penalties. In other instances, you may additionally recover  back wages if it turns out that your wages were computed incorrectly. Statutory penalties are due to employees while civil penalties are due to the State agency enforcing labor laws.

An accurate and complete pay stub ensures that the employee is provided all the information needed to determine that correct wages have been paid.

The case against Alaska Airlines went to trial, where the judge ruled in favor of the employees, awarding them $25 million in damages. The award was to be split between the state of California and about one thousand flight attendants, including Gunther. However, Alaska Airlines has appealed the judge’s ruling.

The Law Offices of C. Joe Sayas, Jr. welcomes inquiries about this topic. All inquiries are confidential and at no-cost. You can contact the office at (818) 291-0088 or visit www.joesayaslaw.com. [C. Joe Sayas, Jr., Esq. is an experienced trial attorney who has successfully recovered wages and other monetary damages for thousands of employees and consumers. He was named Top Labor & Employment Attorney in California by the Daily Journal, consistently selected as Super Lawyer by the Los Angeles Magazine, and is a past Presidential Awardee for Outstanding Filipino Overseas.]