Is allergy a disability requiring employer accommodation in California?

Is allergy a disability requiring employer accommodation in California? 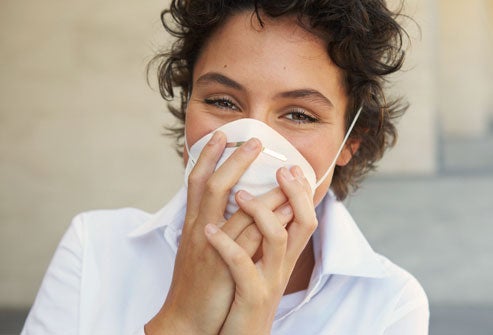 When John Barrie first started working as an office technician for California Department of Transportation (CalTrans), he informed his supervisor that he had allergic rhinitis. This made him extremely allergic to chemicals and scented products like perfumes and household cleansers. His supervisor informally accommodated him by asking employees to refrain from wearing strong perfumes and prohibiting the cleaning staff from using certain chemicals to clean the office. Barrie worked for 5 years without any issues.

In early 2010, Donna Jones became Barrie’s new manager. A few months later, Barrie discovered that prohibited chemicals were being used to clean the office. He complained to Jones that these chemicals were damaging his health. Jones told Barrie to stop complaining and threatened him with relocation to an office where there were even more toxic chemicals. Barrie complained to the Regional Manager, who provided him formal accommodation of his disability, but this accommodation was not enforced.

As a result, Barrie suffered mild to severe headaches, dizziness, trembling and impaired cognitive function. He was transferred to a new office that was newly painted, and the paint fumes caused him to have a major reaction that forced him to file a worker’s compensation claim. He was kept off work for more than two months and, after he returned, was stripped of job duties that paid him substantial overtime. Barrie was also the victim of harassment by Jones and other employees. He was called derogatory names and told to “shut up” by Jones. Two workers testified that Jones sprayed Barrie’s workspace with perfume.

Barrie sued CalTrans, claiming disability harassment and discrimination, failure to engage in a timely and good faith interactive process and failure to accommodate, among others.

The employer provided contradictory arguments such as that it accommodated Barrie, but also that Barrie’s disability was impossible to accommodate, and that Barrie was faking or deluded about having a disability.

Physical disability also includes any other health impairment that requires special education or related services; having a record or history of a disease, disorder, condition, cosmetic disfigurement, anatomical loss, or health impairment which is known to the employer; and being perceived or treated by the employer as having any of the aforementioned conditions.

Additionally, under the law, an employee with a “medical condition” is also entitled to accommodation. A medical condition is any health impairment related to or associated with a diagnosis of cancer or a record or history of cancer, or a genetic characteristic.

A mental disability is any mental or psychological disorder or condition, such as mental retardation, organic brain syndrome, emotional or mental illness, or specific learning disabilities, that limits a major life activity.

California law prohibits discrimination based on disability or medical condition. If a disabled employee is unable to perform his or her work duties, the employer must engage in a timely, good faith interactive process to determine if reasonable accommodation can be made for the employee.

In Barrie’s case, the employer failed to accommodate Barrie’s known disability. Worse, Barrie was subjected to harassment and bullying by his manager and co-workers because of his disability.

MOST READ
usa Beloved Fil-Am restaurant co-owner shot dead in Oakland
usa U.S. guided-missile destroyer to be named after hero Telesforo Trinidad
usa Dangers of Baby Sleep Products: New law bans those that have caused infant deaths
usa Four resilient SF Bay Area Filipino restaurateurs honored
usa The Future of the US iGaming Industry 2022
usa A Beginner’s Guide to Buying a Vacuum Cleaner in 2022
DID YOU KNOW?
A Beginner’s Guide to Buying a Vacuum Cleaner in 2022
Island Hopping in Tulum: The 12 Best All-Inclusive Tulum Resorts
How to Dispute a Debt and Win | Simple Tactics
The 12 Best Lat Exercises for Muscle Growth
Countdown to summer: tips for learning how to surf
User Guide: How to Track a Lost iPhone