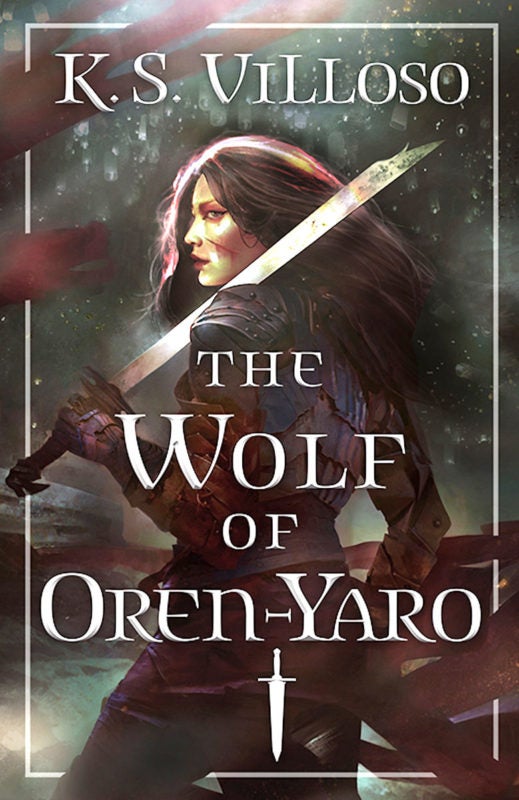 K.S. Villoso poured everything she had into writing “The Wolf of Oren-Yaro” in 2017.

She had been laid off the previous year and was still unemployed. She was also entering year 12 of a dry spell where none of the books she had written had managed to break into traditional publishing.

“By this point, I didn’t care anymore about trying to make my book fit in with what I thought was being looked for in mainstream publishing,” she said. “I’m like, screw it – it’s getting self-published.”

That novel became Villoso’s fourth self-published work, but it also ended up being the one that ended her dry spell.

“The Wolf of Oren-Yaro,” which was released on Tuesday, is an epic fantasy novel that centers on the journey of Queen Talyien. She is set to rule the nation of Jin-Sayeng with her husband, a man from a rival clan whom she wed in an arranged marriage to bring about peace. But when he disappears before their rule begins, the nation becomes divided.

Villoso’s novel is written in first person from Queen Talyien’s perspective, a lens that allows readers to catch a glimpse of a world that was inspired by Villoso’s early life in the Philippines. Readers don’t have to go too far into the story before the queen is brought down from her position as a royal to the commoners’ world, a sharp contrast between her view from the throne and the reality for everyone else.

Much of Villoso’s early life was spent in the slums of Taguig near Fort Bonifacio, a place that wasn’t particularly safe and didn’t offer much to do recreationally, she said. She recalled that when her parents allowed her to play outside, she’d slide down sewage pipes and kick cars with her cousin for fun.

Her parents were both educated and had worked as engineers. Yet because of the lack of job opportunities in the Philippines, her family ended up in the slums.

“When I write epic fantasy, I don’t just write politics and not care about the common people,” she said. “It’s always from the point of view of somebody who suffered.”

That’s seen in Villoso’s book when five years after Queen Talyien’s husband leaves, she ventures to meet with him after he mysteriously reaches out. On that journey, she gets separated from her guards and ends up navigating through the slums stripped of everything that makes her royalty.

“A lot of how I write, there’s a lot of class and society; looking at it from the ground up, seeing how it affects common people,” Villoso said.

Villoso’s formative years also shaped her into a writer. Her family didn’t have much money, but they had enough to purchase second hand books, she said. She picked up used classics like “Little Women,” “Call of the Wild,” “The Jungle Book,” “Anne of Green Gables” and “Tom Sawyer,” and they became her source of entertainment.

But it wasn’t just because she read them.

“There’s a music in the way the sentences are constructed, and I started trying to copy some of them,” she said. “Not copy the exact words they’re using, but the way it sounds, like the rhythm.”

An abrupt change in Villoso’s life came when she was 13 when her family migrated to Canada. They went from a noisy environment in Taguig where things were always happening, to a place where “every day felt the same.” 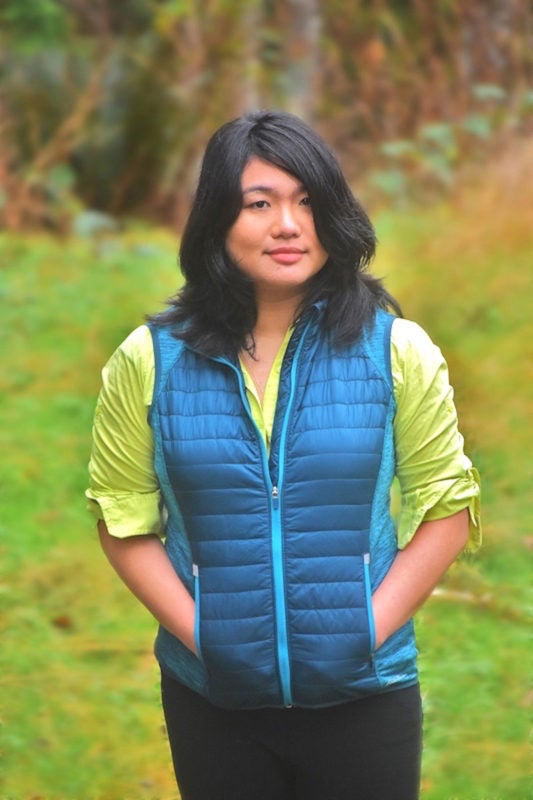 For Villoso, writing was the only thing that made sense.

“Everything suddenly changed and writing became the thing that kept me from being too homesick and too depressed,” she said.

Although it has been years since she left the Philippines for a life in Canada, Villoso continues to draw on the life experiences she gained from her home country for the novels she writes. In “The Wolf of Oren-Yaro,” there’s no race specified. But readers will come across norms and expectations in Filipino culture, like respect for elders and prioritizing responsibility to family over individual desires.

Queen Talyien, for instance, wants to reconcile with her estranged husband. But she’s not hell-bent on doing so primarily out of love. It’s more because her father, who arranged her marriage for the purpose of bringing peace, said that this was something she had to do.

“That is the heart of this story,” Villoso said. “Like whatever you want for yourself, you can’t really pursue that without thinking about your family first or your responsibilities first.”

Villoso said her stories have a tendency to go dark, but she tries to balance them by incorporating resilience and hope alongside the struggles, which she said is also inspired by her life in Taguig.

“A lot of what I’ve seen in Filipino culture is the resilience of being able to get up no matter how hard everything is,” she said.” Growing up, the area where we lived in would get flooded all the time. It’s the story of our people, right? Rising up no matter how bad things get. And always keeping the hope.”

“The Wolf of Oren-Yaro” is the first in a three-part series called “Chronicles of the Bitch Queen.” sequel is scheduled for release in September, and the third is set for release in May 2021, Villoso said.