Instagram on Monday announced it had gone global in its fight against misinformation, expanding its third-party fact-checking network around the world.

The Facebook-owned social platform launched a fact-checking program in the US early this year.

“Today’s expansion is an important step in our ongoing efforts to fight misinformation on Instagram,” it said in an online post.

“Photo and video-based misinformation is increasingly a challenge across our industry, and something our teams have been focused on addressing.”

Instagram initially began working with third-party organizations in the US to help identify, review and label bogus posts.

Facebook began its own version of the program in December 2016.

Starting today, we’re rolling out a new feature that notifies people when their captions may be considered offensive, and gives them a chance to pause and reconsider their words before posting.

Around 60 media, including news organizations and specialized fact-checkers, work worldwide on the Facebook program.

Under the program, content rated “false” by fact-checkers is downgraded in news feeds so fewer people will see it.

If someone tries to share a post found to be misleading or false, Facebook presents them with the fact-checked article. No posts are removed from Facebook and fact-checkers are free to choose how and what they wish to investigate. 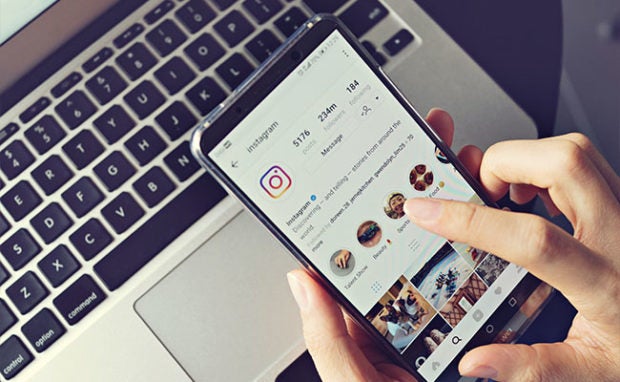 Content deemed to be false is ignored by Instagram’s search or recommendation tools and is shown with a warning label if users come across it.

“When content has been rated as false or partly false by a third-party fact-checker, we reduce its distribution,” Instagram said.

“In addition, it will be labeled so people can better decide for themselves what to read, trust and share.”

Once a post is found to be deceptive, the software searches for it across Instagram’s platform to brand it accordingly.

“We use image-matching technology to find further instances of this content and apply the label, helping reduce the spread of misinformation,” Instagram said.

“In addition, if something is rated false or partly false on Facebook, starting today we’ll automatically label identical content if it is posted on Instagram (and vice versa).”

Artificial intelligence software will scan captions and comments as people write them and will notify users if their comments could be considered offensive.

“We’ve found that these types of nudges can encourage people to reconsider their words,” Instagram said.