These independent panels with laypeople in each diocese would review allegations fairly and kindly.
And they would help bishops ensure that no abusive priests stayed in ministry.

But almost two decades later, an Associated Press investigation of review boards across the country shows they have broadly failed to uphold these commitments.

This Catholic priest is a convicted child abuser. His order knew, but they didn’t defrock him. Instead, he was appointed director of a charity that works directly with vulnerable children and families. https://t.co/KiPT0odpg8

The AP also found dozens of cases in which boards rejected complaints, only to have them later validated by secular authorities.

In a few instances, board members were themselves clergy accused of sexual misconduct.
And many abuse survivors told the AP they faced hostility and humiliation from boards.

When a man in Ohio braced to tell a panel of strangers how a priest had raped him, one of them, to his disbelief, was knitting a pink sweater.

When a terrified woman in Iowa told aboard her story of abuse, one member was asleep.
And when David Lasher went before a room that included the church defense attorney, he was grilled until he wept.

“It’s a sham.
It’s a cover-up,” said Lasher, 56, who told the Diocese of St. Petersburg, Florida, a board about his sexual abuse in April.

“It’s all about protecting the church.”

The board ruled against Lasher, and the diocese stopped paying for his counseling.
AP does not typically name sex abuse victims, but Lasher and others opted to be identified.

Some referred reporters to the United States Conference of Catholic Bishops, which also didn’t respond to interview requests.

Others, such as Baltimore Archbishop William Lori, said that while improvements are possible, review boards are living up to the promises of the reforms mandated in 2002.

Toronto Catholic District School Board vice-chair Michael Del Grande is under fire for comments he made at recent board meeting. https://t.co/voeSf4IlmQ @AdamCarterCBC

“They are critical to regaining the trust and confidence of our people, who rightly believe in increased lay involvement in such matters,” said Lori, who served on the conference’s sex abuse committee back then.

Clergy sex abuse has cost more than $4 billion and implicated at least 5,100 priests by the church’s own count since 2002.

The church has been forced to reckon with abuse again after a damning grand jury report in Pennsylvania last year.

The review board path is supposed to give victims the opportunity at validation from the church, especially for cases old enough that statutes of limitations prevent them from being tried in court.

While dioceses are expected to report possible crimes to authorities, review boards are intended to advise bishops on the church’s internal response and their findings are entirely separate from secular law enforcement.

However, at least a dozen reports by government investigators and outside consultants with access to church documents have questioned the independence of boards, their treatment of victims or their thoroughness.

In Colorado, an investigator jointly appointed by the state and church recently said Denver’s board showed too much bias for the archdiocese and little understanding of sexual assault and trauma.

A 2016 grand jury investigating Pennsylvania’s Altoona-Johnstown diocese called the board’s work a cover-up cloaked “in the guise of advocacy,” with members focused on “fact-finding for litigation” in case the victim sued.

A #NunsToo movement has emerged from #MeToo, as Roman Catholic nuns start speaking out about sexual abuse by priests. Cases of rape and forced abortion have begun coming to light.https://t.co/KYznSLiIy1

In more than half of the dioceses, though, member names aren’t posted on church websites or in the Official Catholic Directory, leaving victims uninformed over who will hear their case.

Some bishops and review board members say that having diocesan attorneys and church officials involved isn’t a conflict of interest.

John Laun, the board chair in Louisville, Kentucky, said the church officials who serve as members there don’t direct the conversation.

NASA Overpaid Boeing by Hundreds of Millions of Dollars

“We have always been independent,” he said.
“The lay members are all strong-willed people from the get-go.”

Bishops also choose which cases go to the review board, what evidence members see and what criteria is used to decide if an allegation is “substantiated” or “credible.”

And sometimes, even where boards found cases credible, bishops ignored the findings, as they are empowered to do. 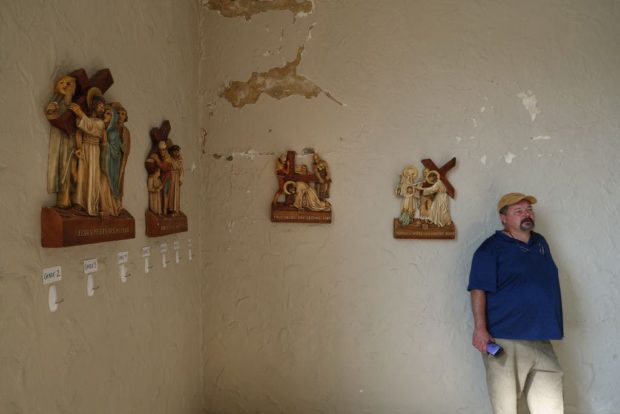 Knowing how often review boards decide for or against victims is difficult in general because of their secretiveness.
The bishops’ conference collects some national statistics about boards that are self-reported by dioceses, but doesn’t make the information public and declined to share the numbers with AP.

Ann Phillips Browning was among the survivors whose allegations were deemed credible.
She credited the Kalamazoo, Michigan, diocese for its sensitivity when she addressed the board in 2010.

“Without fail, everyone who asked a question was very, very kind, very trauma-informed, very affirming,” she said.

Yet in dozens of other cases, AP found, boards rejected cases later affirmed by courts and authorities.
In San Francisco, members deemed Joey Piscitelli’s abuse allegations not credible in 2004 without contacting him.
A jury later awarded him $600,000.

“They’re playing judge, jury, and God and who gives them that authority?” he asked.
“You know who could play judge and jury?
An actual court.”