Golden State Warriors All-Star guard Stephen Curry said Monday he expects to return from a broken left hand before the conclusion of the NBA season but not before late March.

The 31-year-old veteran 3-point sharpshooter, in his 11th NBA season, is set to miss the most games of any campaign in his career with his worst injury setback.

“I definitely expect to be ready to play.
I don’t know when,” Curry said Monday.
“At some point in early spring.
It’s just a matter of the rehab process.
I’ve never broken anything and dealt with a hand injury like this.”

Spring begins March 20 next year, the same day the Warriors visit Detroit and a day before they play in New York.
In all, Golden State will play 13 regular-season games after spring begins.

The Warriors, who seek their eighth consecutive season in the playoffs, and New York share the NBA’s worst record so far this season at 2-8.

“I’m excited that potentially the rest of the season isn’t lost,” said Curry.

“Surgery was required for this to even have a chance to heal properly.
That’s a tough blow.”

Curry, a three-time NBA champion and two-time NBA Most Valuable Player, suffered the injury two weeks ago when driving to the basket against Phoenix and colliding with the Suns’ Aron Baynes, who was trying to get a charging call.
Baynes fell on Curry’s left hand and he needed surgery to repair his second metacarpal (point finger).

The Warriors moved from nearby Oakland into a new $1 billion arena in San Francisco this season but have struggled with injuries in the wake of losing their crown to Toronto in last June’s NBA Finals. 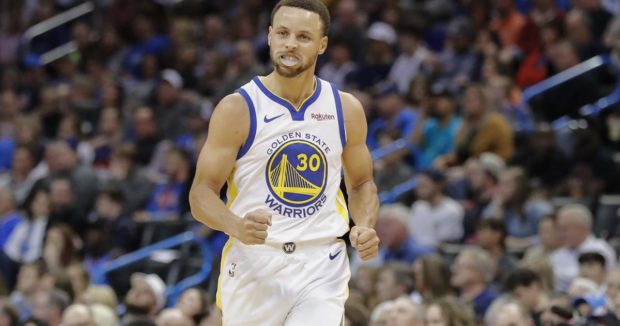 Curry says nerve damage remains tricky and an issue even as he works to recover over the next four months.

“With surgery, there’s always the potential for nerves to be irritated.
That’s why it took so long for the real diagnosis,” Curry said.

“Nerves are tricky.
If they come back tricky, with surgery and swelling, it’s something to monitor as you go through this process.

“When you’re dealing with hands that’s where it gets tricky, with the feel and stuff.
I’ve got to be careful about that.”

In the meantime, Curry must satisfy himself by advising younger players and watching from the sidelines and on television.

“Watching games on TV is no fun,” Stephen Curry said.
“When you are missing games it’s always tough.
I’m not good at sitting down and resting.
I’ve got to figure that out.”