Workplace romances are fairly common, but they are becoming more regulated in the United States amid the #MeToo movement.

US companies, particularly the larger ones, have had codes of conduct for their employees for years, and more firms have been adopting them recently.

At McDonald’s, for example, “employees who have a direct or indirect reporting relationship to each other are prohibited from dating or having a sexual relationship.”

As McDonald’s CEO, Steve Easterbrook was in charge of enforcing what was known as the “Standards of Business Conduct” at the fast-food giant.

It's an overreaction that smacks of absolute fear, which I suspect is what ideologues of the #MeToo movement always wanted

Easterbrook fell afoul of those rules and was forced out on Sunday for demonstrating “poor judgment involving a recent consensual relationship with an employee.”

Easterbrook is just the latest in a long line of top executives who have resigned or been dismissed for violating company guidelines surrounding relationships.

Brian Dunn quit as the CEO of consumer electronics chain Best Buy in 2012 following the revelation of his “close personal relationship” with a 29-year-old female subordinate.

The list goes on — and it is not limited to corporate boardrooms, or to men.

Katie Hill, a Democratic member of the US House of Representatives from California, resigned last week after acknowledging she had a relationship with a staffer on her election campaign.

According to the Society for Human Resource Management (SHRM), 42 percent of US workers in 2013 were employed by companies that had written or verbal policies in place regarding workplace romances.

The goal of such policies is not only to prevent sexual harassment but also favoritism or conflicts of interest.

Julie Moore, an employment lawyer, said the rules have been applied more scrupulously since the #MeToo movement spawned by the alleged serial sexual harassment and assault of young actresses by Hollywood producer Harvey Weinstein.

“The #MeToo movement has certainly furthered scrutiny of relationships in the workplace,” Moore said.

“Whether it’s a consensual, personal romantic relationship or otherwise, there could be a breeding ground for sexual harassment,” she said.

This particularly comes into play when the relationship involves a supervisor and a subordinate.

“The CEO is the most powerful person in the organization,” Moore said.
“When there is power, can someone really consent to a relationship? 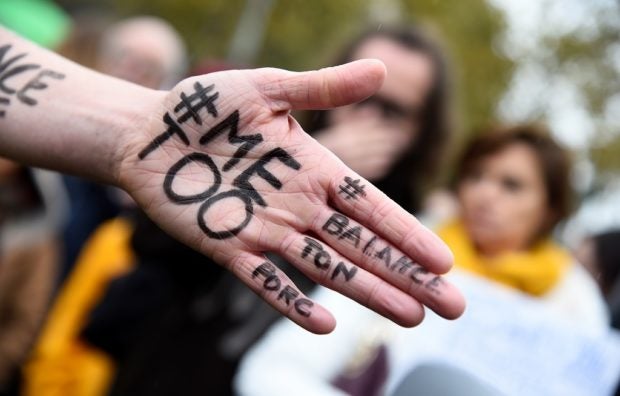 “Because of the power disparity, one is going to look at whether there was true consent,” Moore said.
“If not, (the subordinate) could easily say at some point that it was a violation of sexual harassment policy.”

Johnny Taylor, president of SHRM, said there will always be workplace romances.

According to a poll released by SHRM, one out of three American adults is currently in a workplace romance or has been involved in one.

“Because so much of our waking time is spent at work, it’s no surprise that romances develop in the workplace,” Taylor said in a statement.

“It makes little sense to forbid them,” Taylor said.
“Instead, employees should be encouraged to disclose relationships.

“This is the most effective way to limit the potential for favoritism, retaliation and sexual harassment claims.”