The Mexico international forward was the overwhelming winner in voting for the award, earning just over 69% of votes tallied, ahead of Los Angeles Galaxy rival Zlatan Ibrahimovic, who won 14.1%.

Vela, 30, was handed the award during a ceremony at LAFC’s Banc of California Stadium in Los Angeles.

Carlos Vela beats out Zlatan for MLS MVP after his record-scoring season 🥇 pic.twitter.com/GTgRtwJmlN

The honor follows a remarkable season for Vela, who netted a combined 36 goals in the regular season and playoffs.

Vela’s goalscoring helped Los Angeles FC win the MLS Supporters Shield — the honor given to the team with the best regular-season record — and carried them into the playoffs.

Vela added two goals and an assist in the playoff win over Los Angeles Galaxy but LAFC failed to progress to Sunday’s MLS Cup final after suffering an upset defeat to Seattle last week. 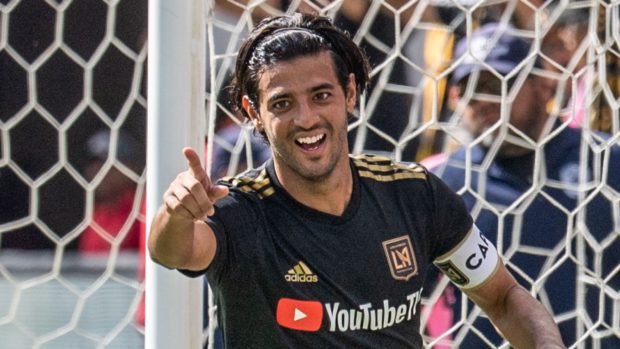 Vela has flourished in MLS since signing with the expansion side LAFC in August 2017 after six-years with Real Sociedad in La Liga.

Previous stints included an unsuccessful spell with Arsenal in the Premier League.

Vela played all four games for Mexico during the 2018 World Cup and was also a member of the 2010 World Cup squad.

The Mexico striker’s award comes after LAFC coach Bob Bradley was named MLS coach of the year for the third time last month.