With just three days left before Canada votes in a hotly contested election, Prime Minister Justin Trudeau and Conservative rival Andrew Scheer on Friday ratcheted up the mudslinging, as both seek to avoid ending up with a minority government.

Policy announcements gave way to calls to vote strategically on Monday — for Trudeau’s Liberals, that means staying in power and preventing a rollback of his progressive policies.

They claimed the Tories were seeking to allow assault rifles on Canadian streets.

As the nasty jabs fly, pollsters predict a minority government — but it was still unclear if it would be Liberal or Conservative.

Trudeau and Scheer, whose own lackluster campaign has cost his Conservatives, are now neck-and-neck, each with 31-32 percent support.

If those numbers hold up, neither of the parties — which have alternately ruled Canada since Confederation in 1867 — will win a majority mandate.

Whichever wins the most seats in parliament out of 338 up for grabs would have to ally with one or more smaller parties to prop up a minority government.

“It boils down to a choice between Conservative cuts, and a Liberal government that will continue to make life more affordable for Canadians, fight climate change and get guns off our streets,” Trudeau said at a campaign stop in Whitby, Ontario on Friday. 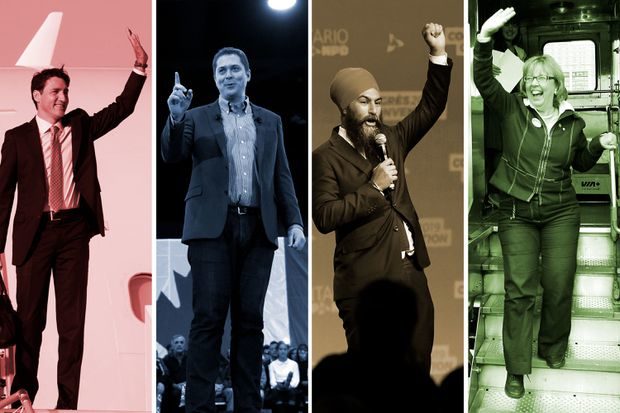 The prime minister’s campaign was hurt by a scandal over his past wearing of blackface makeup, as well as a lingering backlash over his firing of Canada’s first indigenous attorney general.

The revived separatist Bloc Quebecois, which had been declared dead two elections ago when it was reduced to a smattering of seats in parliament, has also eaten into the Liberals’ onetime lead.

In Fredericton, New Brunswick, Scheer raised the specter of a possible Liberal-NDP tie-up, saying: “Canadians need to be concerned.”

“A Trudeau-led government with the NDP calling the shots would be the worst possible outcome for Canadians,” he said, warning of “even higher taxes, bigger deficits, fewer jobs, and less investment and even less money in your pockets.

This Is the Coalition Canadians Cannot Afford

Trudeau previously urged voters — notably in the key battleground of Quebec province — to elect a progressive government, not a “progressive opposition.”

He called out the Conservatives for running “one of the dirtiest, nastiest campaigns based on disinformation that we’ve ever seen in this country.”

On Friday, he also accused the Tories of making “claims (that) are entirely untrue.”

“It’s unfortunate that the Conservatives keep having to make up attacks against us,” he said. 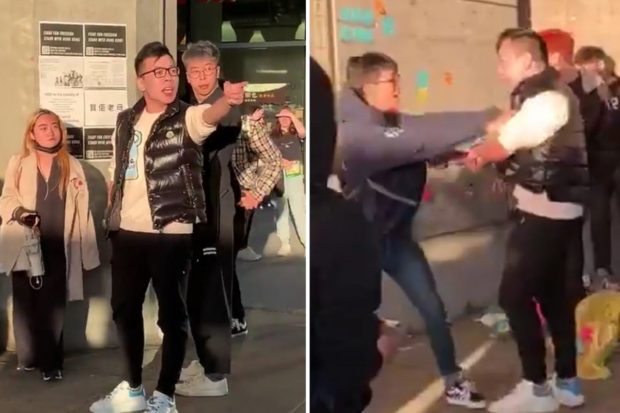 When pressed about his party’s tactics, Scheer shot back: “It’s not misinformation at all,” and accused the Liberals of “making up lies about our platform .”

Do Not Vote Out of Fear

On Wednesday, the Liberals got a boost from former US president Barack Obama, who urged Canadian voters to back Trudeau for a second
the term, calling him an “effective leader who takes on big issues like climate change.”

Trudeau himself warned that electing a Conservative government hell-bent on scrapping environmental protections enacted by the Liberals would be “truly unfortunate” for the global climate fight.

Yves-Francois Blanchet, leader of the Bloc, which is only fielding candidates in Quebec but is nipping at the Liberals’ heels in the province, has said he would not support the Tories’ scrapping of the carbon tax, making an alliance with Scheer unlikely.

Singh too has ruled out supporting a Conservative minority government, saying: “We’re going to always fight Conservatives because we don’t believe in their cuts to services.”

Hitting back at Tory fear-mongering over a possible Liberal-NDP government, he said in response to a reporter’s question that “coalition” is not a dirty word, and accused Scheer of “making stuff up because he’s desperate.”

He dismissed, however, Trudeau’s calls to vote strategically, urging Canadians: “Do not vote out of fear.”