Books showcased in the Hot Off The Press sessions at this year’s Filipino American International Book Festival. CONTRIBUTED

SAN FRANCISCO — New books by Filipinos were introduced during the Hot Off the Press literary readings at the Filipino American International Book Festival.

Hosted by the Philippine American Writers and Artists, the festival is held every other year. The theme for this year was “Humanity, Diversity and Resistance in Arts.”

In addition to the literary readings, authors, poets, educators and journalists from all over the world participated in performances and discussion panels. Activities for young readers included storytelling, a puppet show, crafts, and coloring.

Held at the Koret Auditorium of the San Francisco Public Library’s main branch, each reading showcased up to 10 authors where they talked about or read from their books, giving the audience a sample of their work.

The writers traveled from the Philippines, United Kingdom, Canada, New Zealand and various parts of the United States to let people know about the fruits of their labor: writings about food, families, growing up, fantasy worlds, knowledge they had gleaned, anger, pain, but also love.

Walter Ang read from his Barangay to Broadway: Filipino American Theater History. Betty Ann Quirino charmed the audience with the courtship story of her parents that involved rice, a story from her cookbook Instant Filipino Recipes: My Mother’s Traditional Philippine Food in a Multicooker Pot). Also about food, Jacqueline Chio-Lauri shared an excerpt from her The New Filipino Kitchen anthology. 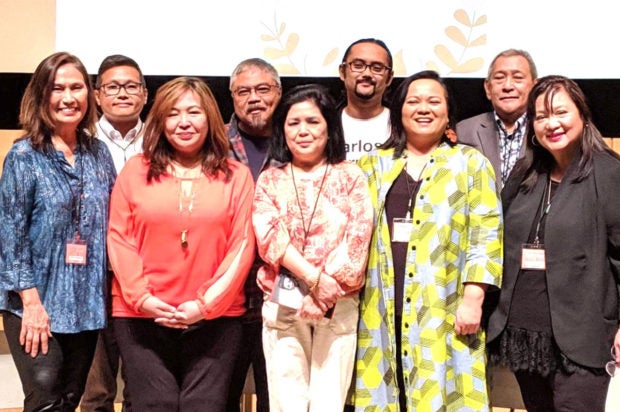 The fiction writers read excerpts from their stories: Cindy Fazzi (My MacArthur), Ricco Siasoco (The Foley Artist: Stories), Yves Lamson (Bodies of Water), and Cecilia Brainard (Melisande in Paris and When the Rainbow Goddess Wept). 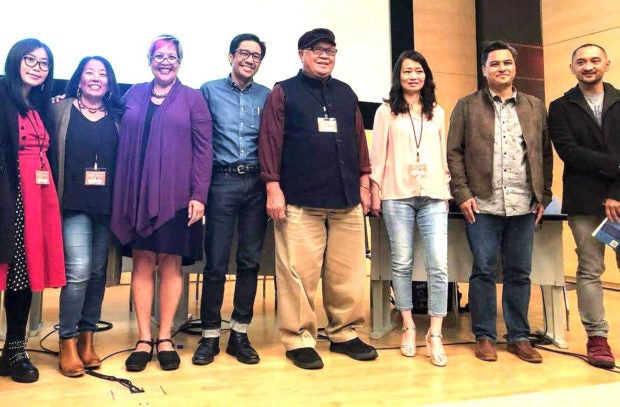 Grace Talusan read from her memoir The Body Papers and E.J. Ramos David read letters he had written to his children from his book We Have Not Stopped Trembling Yet: Letters to My Filipino-Athabascan Family. Rick Rocamora showed his photobook Human Wrongs.

“As host and moderator of HOTP since 2011, I [had] to coordinate the events with the writers,” wrote Cecilia Brainard in a Facebook post after the festival. “And in so doing, have a closer look at their work and their character … To me, most of these writers are warriors, the thinkers of our Filipino and Filipino American communities. They are the ones who preserve our culture and our stories.