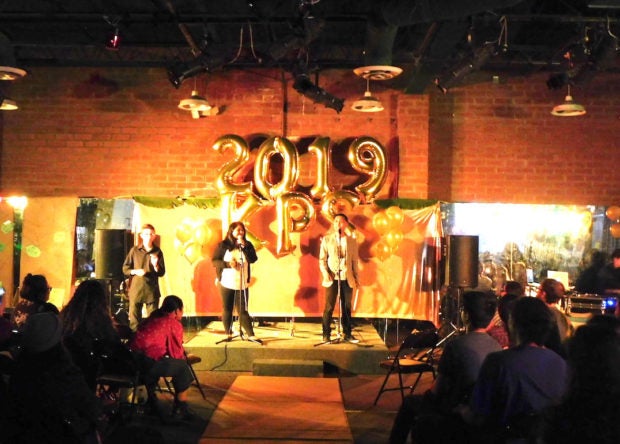 LOS ANGELES – Joe Limer steps behind a microphone in front of a crowd of more than 70 people, pauses, then begins reciting a poem about “white Hollywood” and the stereotypical portrayal of Asians in entertainment.

“Thank you, white savior, for creating films like ‘The Last Samurai’ and ‘The Great Wall’ so you could take advantage of short-term memory by letting Tom Cruise and Matt Damon rewrite history by proclaiming that sh*t based on a true story!” he says.

Limer is one of eight Filipino American spoken word artists who participated in the sixth annual Katipunan Poetry Slam, which took place Saturday, October 12 in Historic Filipinotown. He won the competition. Katipunan Poetry Slam is an annual event that began in the late 1990s and was hosted by Balagtasan Collective, then a group of Filipino American poets, emcees and artists, explained Stephanie Sajor, founder and co-director of Sunday Jump,  a community open mic series that now organizes the event. The poetry slam went on hiatus for a number of years before it resumed in 2014 under the leadership of Sunday Jump.

“For poetry, we see that as a means to express oneself, to share your story,” he said. “We find it very important to share that because if no one else tells it, then there’ll be no one that tells it at all.”

The poets who competed in Saturday’s event for cash prizes touched on a wide range of topics, from anxiety to student debt.

Yet, despite the slam being a competition with cash incentive, that wasn’t the ultimate focus of the event, Gana said.

“It’s not about who’s better than who,” he said. “It’s about sharing the story when it comes to it.”

Sherwin Ginez, a poet from San Diego, who won second place, shared poetry about his dad’s cancer diagnosis, his experience with depression, and the struggle to find where home is. Patrice Mead, who won third place, spoke about feeling beautiful in her own skin and losing her virginity.

“Filipinos tend to be a minority in the grand scheme of the slam scene. So, to bring an all-Filipino lineup to a slam is pretty empowering,” Sajor said. “It’s pretty amazing to see the breadth of stories within our community.” 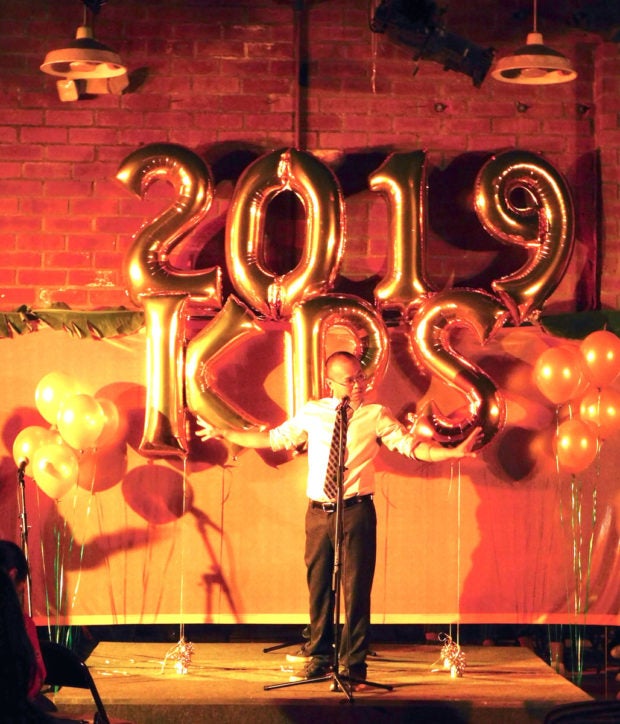 Since Sunday Jump began hosting Katipunan Poetry Slam, interest in the event seems to have grown, Sajor said. The group initially held the slam in collaboration with the Festival of Philippine Arts and Culture until two years ago.

“Before, it was like, oh, maybe people are just here for the festival. Now, the slam itself is drawing people,” Sajor said.

The poetry slam currently follows an invitation-only curation process, with invites extended to poets whose work they’re familiar with. But if interest grows enough, they may consider opening it up and perhaps facilitating mini-slams leading up to the annual event during Filipino American History Month, Gana said.