A Canadian father who alleges he was bullied and fired by his Japanese employer after he tried to claim paternity leave appeared in a Tokyo court Wednesday to pursue his lawsuit against the firm.

It is the second paternity leave harassment case to be heard in Japan in recent weeks, casting a rare spotlight on the issue in a country struggling with one of the world’s lowest birth rates.

Hear what Head of U.S. Public Policy Michael Zezas says about this week's U.S.-China trade talks on today's Thoughts on the Market, a finalist for @Digiday’s top #podcast of 2019. https://t.co/mITw6fAXsP pic.twitter.com/TcxYebcoYP

Glen Wood, 49, a resident of Japan for three decades, was working at brokerage house Mitsubishi UFJ Morgan Stanley Securities when his son was born prematurely in October 2015.

Wood says he applied for paternity leave before his son was born in Nepal, where his partner was working, seeking to exercise a right guaranteed by Japanese law.

But, he says, the firm dragged its feet, and he even submitted a DNA test to prove his relation to his son. 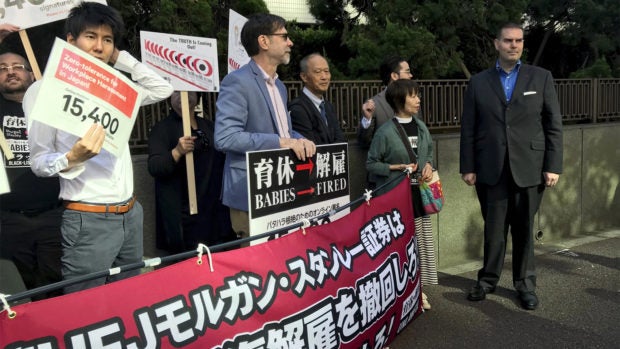 “I knew it was a sort of old fashioned thinking type of company but I was still very surprised, even when it was an emergency and my son was in the ICU (intensive care unit), that they wouldn’t let me take paternity leave,” he told AFP before the hearing Wednesday.

“I think it was viewed really as an act of treason for a man to take paternity leave,” he added.

It was not until Christmas Day 2015 that he received approval to take leave and see his son.

He returned to work in March 2016 after bringing his baby to Japan but alleges he was subsequently sidelined at work, the treatment he says contributed to him suffering depression and taking six months of medical leave.

When he returned, the firm put him on unpaid leave before eventually firing him.

Mitsubishi UFJ Morgan Stanley Securities has denied any harassment and said it supports the rights of employees to take their legally mandated parental leave. 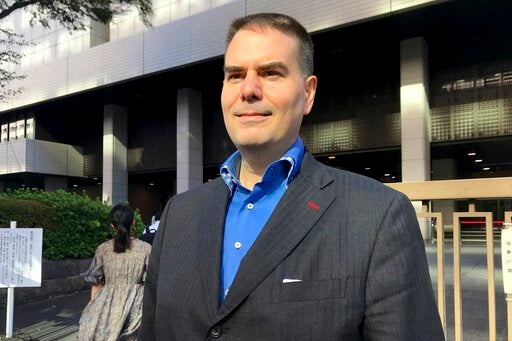 But the case, first filed in 2017, comes at a time of heightened interest in the issue of so-called “pata-hara.”

Last month, a Tokyo court held the first hearing in the case of a Japanese man suing sportswear maker Asics over allegations he was effectively demoted after taking paternity leave.

Both parents can take up to a year off, with additional renewable six-month periods if a nursery place is unavailable.

But only six percent of fathers take parental leave, compared to more than 80 percent of mothers who use their allowance beyond the mandatory eight weeks after birth.

The disparity, activists say, is partly due to pressure from employers and a society that prizes long work hours.

Among the small number of men in Japan who take paternity leave, more than 70 percent are away for less than a fortnight.

The Japanese government recently announced it hopes to increase the proportion of men who take paternity leave to 13 per centavo by 2020.

There have been only a handful of suits brought in Japan by alleged victims of pata-hara, with judges tending to favor employers because of the difficulty in proving that perceived mistreatment was triggered by employees taking leave, lawyers say.