The US Detained over One Million Migrants in 52 Weeks

The US Detained over One Million Migrants in 52 Weeks

US border agents arrested or stopped nearly one million undocumented migrants at the southern border with Mexico in the last 12 months, the most in more than a decade, a top official said Tuesday.

The surge came amid President Donald Trump’s tough efforts to halt illegal immigration, which began to show results only in the last three months when border arrests plummeted.

Acting Director of Customs and Border Protection (CBP) Mark Morgan said migrants arrested at the border fell to just over 52,000 in September, the final month of the 2019 fiscal year, down from over 144,000 in May and the lowest monthly figure in one year.

The surge came mainly from Central American migrants fleeing poverty and violence, crossing in large groups and family units into the US from Mexico and turning themselves in to ask for asylum. For most that meant being processed by immigration officials and then released to await a hearing on their asylum claim, but they usually disappeared into the US interior hoping to settle.

The Trump administration has stepped up efforts to discourage an exodus from Honduras, Guatemala and El Salvador by asking Mexico to impede their transit and requiring them to apply for asylum in the first country they enter — meaning either Guatemala or Mexico.

“CBP is continuing to collaborate with our foreign partners — particularly, Mexico, El Salvador, Guatemala, and Honduras — to address this as a regional crisis,” Morgan said in a White House briefing.

The administration has ordered the expulsion of any asylum seekers back to Mexico and is fighting a court injunction blocking the implementation of that order. 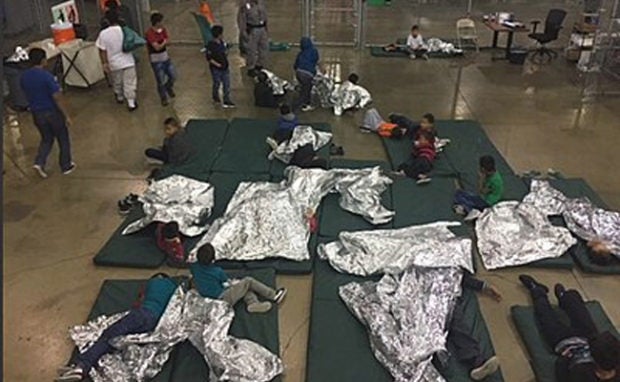 Besides restricting the ability of migrants to claim asylum, ICE and the White House had pressed forward on erecting more walls along the 2,000-mile (3,200-kilometer) border, diverting Defense Department funds committed to other programs for wall construction after Congress declined to provide the budget to stop the undocumented migrants.

Morgan said 71 miles of new barrier had been built and predicted that a total of 450 miles would be completed by the end of 2020.

“It’s a tough process,” he said.
“You have to obtain the land and land acquisition is a tough thing.”