Facebook Plugs Portal into Enterprise With Over 3 Million Paid Users

Facebook said Tuesday its Portal smart screens would be incorporated in its Workplace social network for businesses, which has grown to more than three million paid users.

Workplace paid users grew by more than 50 percent in the past eight months, the company said as it kicked off its second annual Flow conference at a hotel in the Silicon Valley city of Menlo Park.

The Workplace platform was launched three years ago as a separate, private social network tailored for companies with tools for productivity and collaboration on the job.

Workplace rivals include services fielded by Slack, Salesforce, and Microsoft, which aim to foster better collaboration and eliminate dependence on overloaded email inboxes.

Workplace is separate from Facebook’s main social network and is intended as a platform to connect everyone in a company, from a counter or warehouse worker to chief executives, according to executives. 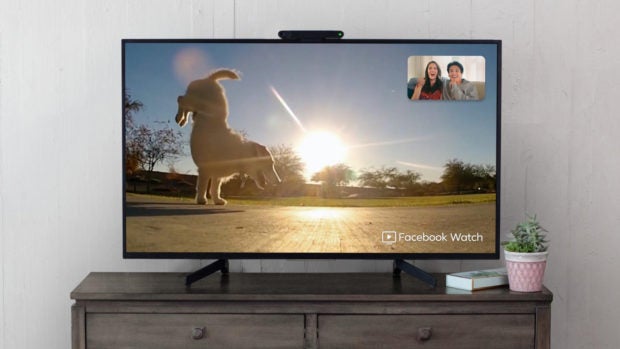 Workplace claimed that a differentiator from its competitors is that it connects all employees in businesses no matter their roles, even if their only computing device is a smartphone.

An array of new features unveiled by Workplace at the gathering were tailored to trends of employees collaborating and coordinating using video and mobile devices.

A new “Workplace on Portal” app enticed employees to use the Facebook smart screens to get jobs done, while automatic video captioning capabilities were added and video quality heightened.

“The future of work is going to be about breaking down barriers — geographic, departmental, linguistic and more,” Workplace said in a release.

“This means we need technology that can connect everyone, wherever they are.”

Facebook last month unveiled second-generation Portal smart screens, touting them as a way to stay connected to loved ones at the leading social network.

The new app was putting the internet-linked smart screens and their handy features to work.

“We’re making it easier for these employees to do great work by helping them to connect to their organizations through mobile in a secure way,” said Workplace vice president Karandeep Anand.

“We’re also excited to offer rich video features that enable all employees to be more connected and collaborative.”

LATEST
10 Call Center Management Tools to Optimize Your Business
Dollar falls back as markets eye ECB hikes, rethink Fed rate bets
Digital World board receives subpoena over Trump’s social media deal
Ernst & Young to settle $100 million US charges over staff cheating on exams
Buckle Up: How investors can keep up with crypto turbulence
Ethereum holds its breath for the mean and lean ‘merge’