Kobe Bryant played on the Redeem Team in 2008, the one that delivered a gold medal in Beijing after a series of USA Basketball disappointments in big tournaments.

Back in Beijing this weekend, Bryant isn’t sure another Redeem Team will be so easy to find for the U.S.

The five-time NBA champion and two-time Olympic gold medalist is at the final weekend of the World Cup as an ambassador for FIBA.

However, he won’t be watching the U.S. in the medal round. 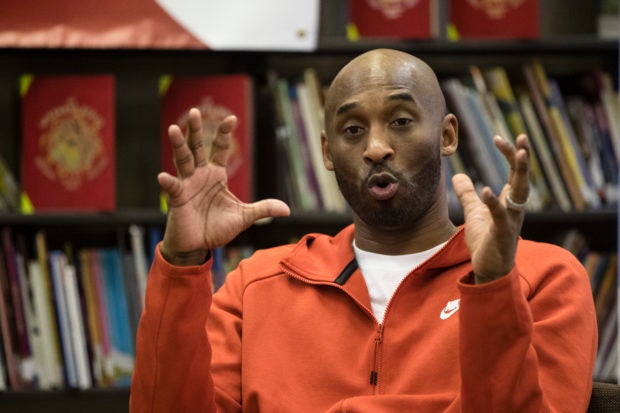 FLE – In this March 21, 2019, file photo, Kobe Bryant speaks with students at Andrew Hamilton School in Philadelphia. Kobe Bryant played on the Redeem Team in 2008, the one that delivered a gold medal in Beijing after a series of USA Basketball disappointments in big tournaments. Back in Beijing this weekend, Bryant isn’t sure another Redeem Team will be so easy to find for the U.S. (AP Photo/Matt Rourke, File)

The best the Americans can do at this tournament is a seventh place, and Bryant says the days of automatic gold medals for the U.S. — regardless of who is on the roster — may be over.

“We’re going to have our challenges for the next team, whether it’s Redeem 2 or whatever you want to call it,” Bryant continued. “No matter what team it is, it’s not going to be easy.”

This U.S. World Cup team was not overly star-powered, after plenty of people who were under consideration for roster spots dropped out before the on-court selection process.

The Americans won their first five games, but lost to France in the quarterfinals and then to Serbia in the consolation round — meaning their seventh- or eighth-place showing in China will be the program’s worst ever in a major tournament.

The U.S. finishes its World Cup stay on Saturday against Poland.

The next big tournament for the U.S. will be the 2020 Tokyo Olympics, where the Americans will seek a fourth consecutive gold medal.

And some top NBA players, like Draymond Green, have already publicly said they would like to play next summer.

“I do hope to play,” Green said Thursday during an appearance on CNBC. “And I think a lot of guys will want to play.”

But winning gold wasn’t even that easy for the Redeem Team, Bryant pointed out.

That team with Bryant, LeBron James, Dwyane Wade, Carmelo Anthony, Chris Bosh, Chris Paul, Jason Kidd and more beat Spain 118-107 for the gold medal, but it took some heroics — a four-point play by Bryant with about 3 minutes left among them — to pull away in the final moments.

So I say that to say, put the best players that you think makes the best U.S. team out there on the floor and we are still going to have challenges. It’s not going to be a cakewalk.

“The days of the 1992 Barcelona Dream Team are gone, over. It’s going to be tough USA Basketball”