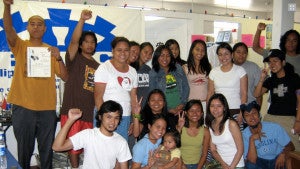 This lawsuit could result in millions of dollars in restitution and back-wages to approximately 200 primarily Filipino caregivers because of alleged wage theft over the past four years.

Caregivers with the Pilipino Workers Center (PWC) had launched a public campaign against this employer have since assisted the California Labor Commissioner’s office to start an investigation that is still on-going.

The workers then brought the case to the City Attorney’s office to enforce their rights as domestic workers and send a message to the homecare industry to end wage theft.

“We felt vindicated that the city attorney found that there were lots of violations in terms of our wages. We were not paid overtime. We hope that the case will be decided in favor of the caregivers who are fighting for dignity and the right to be paid what they are owed,” said Rufina Tubo, a former caregiver of Health Alliance and member of PWC.

The suit alleges that Emelyn Nishi and her companies Health Alliance Nurses Corp., and Hand Homecare Provider, Inc., charged between $170 and $250 per day for 24-hour in-home domestic care to families. However, these employees allegedly were paid only $100 to $125 per shift, equating to as little as $5.50 per hour or less.

According to the lawsuit, defendants allegedly pressured their caregivers to falsify time records to avoid overtime payments, and routinely threatened them with termination or blacklisting within the industry. Pilipino Workers Center Executive Director Aquilina Soriano Versoza explained that “[In 2016] the overtime provision of the California Domestic Workers Bill of Rights was made permanent in Sacramento (SB1015- Leyva), ending finally and for good, over 75 years of exclusion from overtime protections for nannies and caregivers. Today, with this case, we are seeing our rights becoming a reality. Today we see the dignity of homecare workers being upheld and uplifted.”

The lawsuit seeks an injunction against further unlawful, unfair and fraudulent business acts as well as restitution to all current and former employees who were not paid minimum wages or overtime. In addition, defendants could face civil penalties up to $2,500 for each violation.

This case is emblematic given the scope of domestic work in California as well as the epidemic of worker exploitation throughout the for-profit homecare industry.

More than two million households across California hire domestic workers, whether it be for housecleaning, nannying, or in-home support, with nearly one third of those homes hiring for supports and services for seniors and people with disabilities.

This case emerges as the California Domestic Workers Coalition, a statewide alliance, shifts its focus toward statewide rights enforcement and worker education.

Director of Enforcement Strategies Sarah Leadem said, “The collaboration between the caregiver leaders of Pilipino Workers Center and the City Attorney of Los Angeles provides a powerful model that domestic workers across the state may follow to exercise their rights and defend their dignity.”

Both the City Attorney’s office and the Pilipino Workers Center are encouraging anyone who has been a victim of wage theft to reach out to protect their rights. To the City Attorney’s Office by e-mail at [email protected] or by phone at 213-978-1868 and to Pilipino Workers Center for ongoing accompanying and support. PWC’s EMPLEO Pinoy workers rights hotline is 1 (877) TULONG1.