Debt Settlement vs. Bankruptcy: Which Is Right For You?

Debt Settlement vs. Bankruptcy: Which Is Right For You?

The most direct methods for getting out of debt — debt settlement and bankruptcy — are both efficient, but each has different implications on your future financial status.

It’s high time you started considering these two options if you have bogus unpaid debts.

Let’s say you file for bankruptcy, the bankruptcy notification would remain on your credit reports for seven to ten years, depending on the type of bankruptcy filed.

This notification would stop other creditors from lending you money in the future.

Unlike bankruptcy, debt settlement doesn’t call for a court case and oftentimes, can be settled without credit counseling or lawyer negotiation.

The aim of applying for debt settlement programs is to cut a fair deal, which lowers your interests and loan balance.

Why Would Lenders Want to Negotiate Your Debts for Less Than You Owe?

Creditors don’t want you to file for bankruptcy because there’s a possibility of total debt elimination in court.

To avoid going to court, they prefer getting less than you owe via debt settlement.

Peradventure you don’t have the ability to pay at all, bankruptcy could be a better way out.
There are two types of personal bankruptcies, namely: Chapter 13 and Chapter 7.

Chapter 13 involves a repayment plan, which could take three to five years while Chapter 7 eliminates all personal debts with future implications.

Under Chapter 13, you would be allowed to keep your house, but you’d be mandated to pay for a mortgage after you leave the bankruptcy court.

Under Chapter 7, there’s no such guarantee — the court could allow bankruptcy trustees to trade your house to pay back your lenders.

In addition to losing your home, chapter 7 sets a limit on your monthly income, thereby making you earn less than the state’s median wage for your family size.

Bankruptcy saves you from debt collection. However, freedom comes at a painful price.

You can achieve the same financial freedom without headaches by using debt settlement though it would take more time.

If negotiations are properly done, debt settlement is the best way out of unsecured debt.

Comprehending the advantages and disadvantages of debt settlement vs bankruptcy and making the wisest decision can have a huge impact on your future finances.

Fred hasn’t made his minimum payments for three months — he’s been struggling with his finances for over a year. Despite his low income, his bills, like utilities and medical bills, got bigger. Then, Fred came to a bitter conclusion that he’d have to file for bankruptcy if things got worse.

After calculating the amount needed to keep paying his mortgage, he realized that he could sustain his mortgage if he dropped credit card bills.

Fred went for Credit Counseling and was took the advice to opt-in for the debt settlement process. He halted his monthly payments and notified his credit card agency that he couldn’t meet up with the payment schedule.

With the Help of a Debt Settlement Company

With the help of a debt settlement company, he was able to negotiate with his lenders and consolidated all his debts into a single payment.

Also, Fred’s debt and interest rate were reduced considerably without risking being reported to the credit rating authorities.

Fred paid his monthly payments in full to the debt settlement company, as agreed and cleared all his loan debts in a year, thereby preventing his creditworthiness from being damaged.

Unlike Fred, Janet’s case was different — both of them were in debt, but Janet had more challenges.

Her husband was laid off and couldn’t find another job. She could barely take care of the mortgage, let alone make a monthly payment from her account. When she thought things couldn’t get any worse, her husband had a heart attack and the medical fees were unbearable.

After studying all available options, Janet and her husband filed for Chapter 7 bankruptcy.

Their homes were defended from foreclosure, as long as she made payments and all her debts were of elimination, giving her tons of debt relief options.

In Janet’s case, debt settlement isn’t advisable, as she and her husband didn’t earn enough income to settle. Bankruptcy was inevitable.

Impact of Bankruptcy and Debt Settlement on Credit 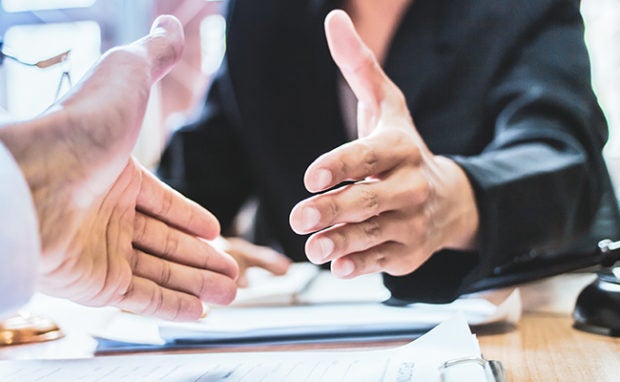 Have it at the back of your mind that bankruptcy and debt settlement could have negative effects on your credit score and lessen your credit or FICO score for years.

Regardless of which chapter you file under, bankruptcy would certainly reduce your creditworthiness. The higher the score you started with, the lower it drops.

After seven years, the accounts linked with a bankruptcy or debt settlement are detached from your report after they’ve become delinquent.

There are bankruptcy laws and regulations that determine what happens to your funds after the final judgment is declared. Like we noted earlier, chapter 13 mandates partial repayment while Chapter 7 gets rid of your debt. The bankruptcy judge determines how much you have to repay according to the state laws, which may involve debt collectors.

Debt settlement allows you to make lesser payments to free your account from outstanding debts and then soon increase your savings account. Assuming you’re not able to make payments immediately (most debtors can’t ), you’d be required to take a break till you’ve saved enough to cover the debt.

Taking a break could further hurt your credit score and incur late fees. However, if they don’t report the settlement to the appropriate authorities, it might take less time to rebuild your creditworthiness.

Check if you qualify in two simple steps

Pros and Cons of Debt Settlement

Like bankruptcy, debt settlement has its own pitfalls. The first problem is negotiating a fair deal that can sometimes involve a debt attorney, which requires the lender or multiple credit agencies to get less than you own them.

There’s no rule mandating lenders to enter a settlement agreement, but more often than not they are willing to come to terms with you if they believe you’re not capable of paying back and bankruptcy is inevitable.
You can either hire a debt settlement firm to negotiate on your behalf or negotiate yourself.

Hiring a debt settlement firm saves time and protects you from the hassle of negotiating yourself and getting yourself out of possible lawsuits.

Pros of Settling a Debt

Pros and Cons of Bankruptcy

Looking for avenues to eliminate your debts legally? Chapter 7 and chapter 13 are the two legal options available. Though chapter 7 is tempting, you might be required to forfeit all you own, including your cars and houses to pay off your debts.

Unlike chapter 7, chapter 13 protects your house from foreclosure. However, you’re mandating to pay your lender partially for a three to five year period.

Here’s the plot twist — student loan debt, income taxes, and child support debts cannot be eliminated with bankruptcy. Both chapters would leave a negative impact on your creditworthiness. The best option is to consider some sort of payment plan.

How to get out of debt with the debt snowball method