Why you should always look at your pay stubs

Why you should always look at your pay stubs 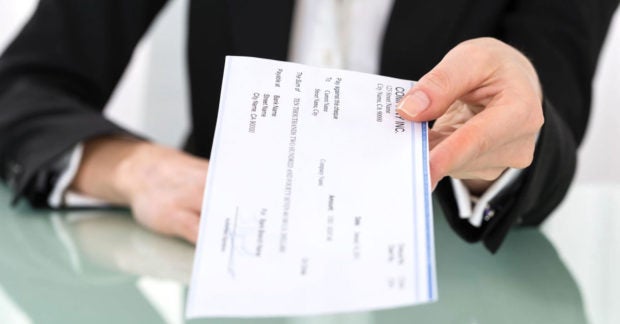 Roderick Magadia worked as an hourly associate at a Wal-Mart retail store in San Jose, California as a stock associate. After 8 years of employment, Magadia was terminated. During Magadia’s employment, Wal-Mart used a “Myshare” bonus plan payment. This bonus appeared on wage statements as “MYSHARE/INCT.” Employees who received a MyShare bonus and worked overtime during the relevant time period also received an incremental overtime payment adjustment.

Additionally, when an employee is terminated, the employee immediately receives all wages earned through the date of termination by check. A “Statement of Final Pay” accompanies the check. But this Statement does not include pay period start or end dates.

Magadia sued Wal-Mart on behalf of himself and other employees, claiming, among other things, that Wal-Mart failed to provide its employees with accurate itemized wage statements.

1)   The employer’s name and address

4)   The employee’s hourly rates in effect during the pay period. This will include the regular hourly rate and the overtime rate, if any.

5)   The corresponding number of hours worked by the employee at each hourly rate. For example, if the employee worked 80 regular hours at $10 per hour and 10 overtime hours at $15 per hour, these should be reflected on the pay stub.

6)   Total hours worked. In example number 5 above, the employee’s pay stub should reflect that the employee worked a total of 90 hours for the pay period.

8)   All deductions. The employee may authorize the employer in writing that all deductions may be aggregated and shown as one item.

It is important to examine the information in your pay stubs. Does it show the right number of work hours? Is work performed after one’s regular shift reflected? Is overtime work paid? Is there extra pay for working through lunch breaks? If any of these information are not provided, the employee may recover penalties. Statutory penalties are due to employees while civil penalties are due to the State agency enforcing labor laws – the Division of Labor Standards Enforcement.

The judge awarded the employees $102 million in damages, which included over $48 million in statutory penalties and $54 million in civil penalties.

MOST READ
usa Renaming of California school after beloved Fil-Am teacher stirs controversy
usa Ye admits he “sees good things about Hitler.”
usa Quebec coroners refuse to reopen case of Filipina, 86, found dead on hospital floor
usa 10 Signs Your Partner Is Emotionally Unavailable
usa Tenuto 2: The Only Male Vibrator Designed For Him With Her In Mind
usa Kanye West reveals he caught Chris Paul with Kim Kardashian
usa Why Am I So Emotional? 10 Reasons Why and How to Handle It
DID YOU KNOW?
25 Best Deals for the Holidays - Gift Guide 2022
Best Crystals for Protection Against Negative Energy
25 Best Holiday Deals: Top Brands to Shop This Holiday Season
Best Barbie Dollhouses 2022
Best Anime Mouse Pad 2022
5 Ways to Hack the Holidays with the Best Cash Back App
4 of the Best Holiday Gifts for Coffee Lovers