The NBA will test coaching video review challenges in upcoming summer league games with plans to adopt the rule for the 2019-20 NBA season. Citing a memo sent to clubs Friday and obtained by the US-based sports broadcaster, the ESPN website report said coaches would receive only one challenge per game whether or not it succeeds in overturning a referee call.

Coaches' challenges are coming to the NBA next season. Even cooler: A smart ball – a ball with a tracking chip inside – is going to be in use for some summer league games in Vegas.

The memo says coaches can only challenge whistled fouls rather than press beyond arguing calls not made. The rule also allows for challenges for goaltending, basket interference and when a ball is knocked out of bounds.

“We anticipate this rule will be in effect in the NBA next season as part of a one-year pilot program,” the memo stated.

The challenge system was tested by the NBA’s developmental league over the past two seasons. 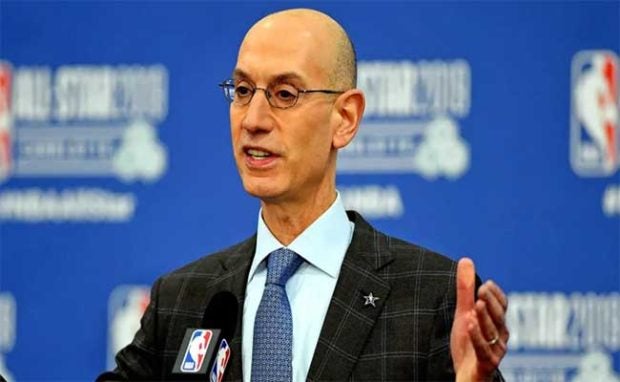 The NBA league office and competition committee of coaches, players and executives have both recommended club owners approve the rule for next season, according to the memo.

A two-thirds vote of the NBA’s 30 team owners is needed to approve the rule change for next season. That is expected to come at the NBA Board of Governors meeting on July 9.

Coaches and Parents in College Scheme Find Jobs in Danger

ADVERTISEMENT
MORE STORIES
New PH entry rule strands 2 grieving Filipinas in Guam
How can I tell the difference between the flu and Covid-19?
Ressa, Davila warn of dangers facing press freedom
Don't miss out on the latest news and information.