LaMelo Ball, rated among the top US high school prospects and the brother of NBA guard Lonzo Ball, has signed with the Illawarra Hawks of Australia’s National Basketball League. The 17-year-old prep standout announced his decision on ESPN with the NBL confirming the move in a website posting.

LaMelo Ball signing in Australia is a big deal for the NBL from a marketing standpoint. He has a global following with 4.5 million followers on Instagram, more than all but 13 NBA players (Zion has 3.3 million). The NBL has 78,000 followers on IG. https://t.co/yLvI48PuV5

Ball played in Lithuania in 2018, likely ending his eligibility for US college basketball, and he is not eligible for the NBA until one year after his high school class graduates.

Lonzo Ball played for the Los Angeles Lakers the past two seasons after they made him the number two pick in the 2017 NBA Draft, but he is among the players reportedly sent to the New Orleans Pelicans in a trade deal for superstar big man Anthony Davis.

LaMelo Ball was ranked 21st among ESPN’s 100 top players in the Class of 2019 and is expected to be a first-round NBA Draft selection next year. 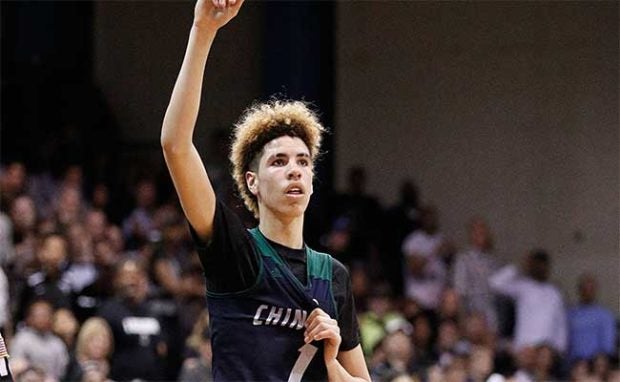 “Australia really made sense for me,” Ball said on ESPN. “They have a really strong league with excellent coaches and great players, including former and future NBA players.

“My goal is to be the top pick in next year’s draft and I feel they can help me reach that goal.”

The nine-team NBL begins play in October and ends in late March, giving Ball three months to show NBA scouts how he has developed Down Under before the 2020 NBA Draft.

Also playing in the NBL will be ESPN’s fifth-rated prospect from this year’s US high school talent, R.J. Hampton, who will play for the New Zealand Breakers next season.

“LaMelo is one of the most exciting and talked about young players in the basketball world and he is going to create enormous interest wherever he goes while he’s playing here,” NBL chief executive Jeremy Loeliger said in a posting on the league website.