Huawei to Get Let Go by Google and Android Operating Systems

Huawei to Get Let Go by Google and Android Operating Systems

US internet giant Google, whose Android mobile operating system powers most of the world’s smartphones, said it was beginning to cut ties with China’s Huawei, which Washington considers a national security threat.

The move could have dramatic implications for Huawei smartphone users, as the telecoms giant will no longer have access to Google’s proprietary services — which include the Gmail and Google Maps apps — a source close to the matter told AFP.

I find this odd timing as this weekend we learned #Huawei lost access to #Android and #Google.

Sure, most concerned consumers might just turn to #Xaomi or #Samsung but some should buy #iPhones.#Apple shares slide as #HSBC cuts price target https://t.co/VQbtTbNbgW pic.twitter.com/DA1WbMyMqE

Reports also emerged Monday that several US chipmakers providing vital hardware for Huawei’s smartphones have stopped supplying the Chinese firm. In the midst of a trade war with Beijing, President Donald Trump has barred US companies from engaging in telecommunications trade with foreign companies said to threaten American national security.

The measure targets Huawei, the world’s second-biggest smartphone maker, which has been listed by the US Commerce Department among firms that American companies can only trade with if authorities grant permission. The ban includes technology sharing. Google, like all tech companies, collaborates directly with smartphone makers to ensure its systems are compatible with their devices. “We are complying with the order and reviewing the implications,” a Google spokesperson told AFP. 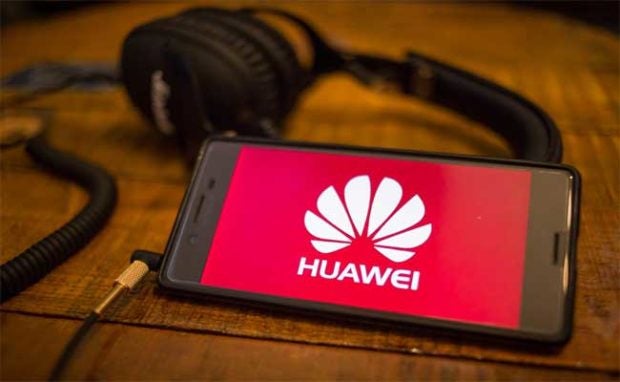 “We assure you while we are complying with all US gov’t requirements, services like Google Play & security from Google Play Protect will keep functioning on your existing Huawei device,” Google’s official @Android account tweeted. Due to the ban, Google will have to halt business activities with Huawei that involve direct transfer of hardware, software and technical services that are not publicly available.

That means Huawei will only be able to use the open source version of Android. It will need to manually access any updates or software patches from Android Open Source Project, and also distribute the updates to users itself, a source told AFP.

In a statement, Huawei said it would “continue to provide security updates and after-sales services” to all existing smartphones and tablets globally, including those not yet sold.

A person familiar with the matter who requested anonymity told Bloomberg News that Huawei will be unable to offer Google’s proprietary apps and services in the future.

China’s foreign ministry said it was actively following the situation. “At the same time, the Chinese side supports Chinese enterprises in taking up legal weapons and defending their legitimate rights,” said spokesman Lu Kang.

Huawei is a rapidly expanding leader in 5G technology, and currently has the most advanced and cheapest 5G capacities in the world.

Its smartphones outsold Apple’s iPhones in the first quarter of this year, seizing the California company’s second-place spot in a tightening smartphone market dominated by Samsung. But the Chinese firm remains dependent on foreign suppliers. It buys about $67 billion worth of components each year, including about $11 billion from US suppliers, according to The Nikkei business daily.

US chipmakers including Intel, Qualcomm and Broadcom have informed workers that they will stop supplying Huawei until further notice, Bloomberg said Monday, citing people familiar with their actions.

Huawei “is heavily dependent on US semiconductor products and would be seriously crippled without supply of key US components,” said Ryan Koontz, a Rosenblatt Securities analyst, although the Chinese firm is believed to have stockpiles in place.

The ban “may cause China to delay its 5G network build until the ban is lifted, having an impact on many global component suppliers,” he added. The companies themselves did not comment.

Huawei is the target of an intense campaign by Washington, which has been trying to persuade allies not to allow China a role in building next-generation 5G mobile networks.

Huawei founder and CEO Ren Zhengfei said Saturday that “We have not done anything which violates the law,” adding the US measures would have a limited impact. Ren’s army background and Huawei’s opaque culture have fueled suspicions in some countries that the firm has links with the Chinese military and intelligence services.