How to Tell If Yeezys Are Fake: 7 Actionable Steps

How to Tell If Yeezys Are Fake

The hottest Yeezy shoes up for grabs right now are Kanye West’s Adidas Yeezy shoes. It’s no surprise that they’re constantly selling out because whatever the Jenner/Kardashian/West family touches is gold. But before you go shopping, you would need to know how to tell if Yeezys are fake.

Yeezy shoes are the modernized shoes that are both comfy and stylish. They have become the go-to shoes for this generation seeing as they pep up your casuals and spruce up your outfits. They just seem to have a way of making your really simple outfit a little extra, don’t they?

You should know how to tell if Yeezys are fake because those will flood the market soon. You would not want to spend a dime on the sorry excuses for Yeezy sneakers that are probably making more rounds than tequila shots in a bar. To get the real deal, buy from Adidas, Mytheresa, and Amazon which sell newest designs. Be quick though, everyone probably wants to get a Yeezy shoe now just like you!

Because Adidas Yeezys are in high demand these days, fakes have flooded the market. And because they cost a fortune, many people have resorted to getting them at cheap rates from sites like eBay and other unauthorized stores that sell them cheaper. There are no cheap real Yeezys that are new, there are only real and then fake when dealing with the battle of fake vs real Yeezy shoes. As we progress, we will talk broadly about why they cost a fortune as well as what separates the fake Yeezy prices from the real Yeezys price.

If you have plans of buying online to get a better deal, do well to inspect the goods properly to avoid getting a fake.

What to keep in mind and what to look for

1. How to Spot Fake Yeezys – Tag and Box Details Must Match 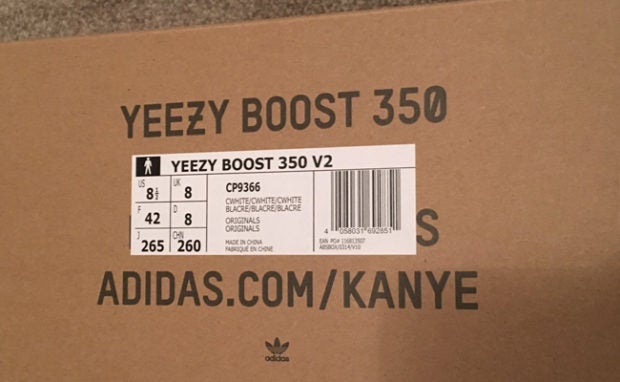 If you get your Yeezys in a box, don’t fail to thoroughly examine and compare the label and tag. Inside the shoe, itself is the tag and on it are details like size and serial number. It should be the same with the details on the label of the box it comes in.

2. How to Spot Fake Yeezys – The Wave Pattern Should Be Inspected 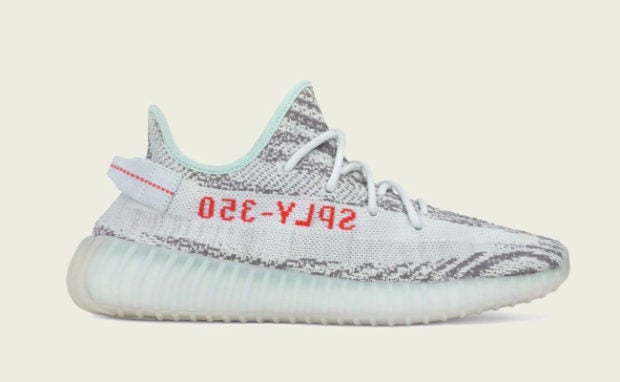 How to tell if Yeezy 350 are fake: On the upper part of the Yeezy Boost 350 is a unique wave pattern. How to tell if Yeezys are fake is to check for the irregular pattern with wave prints of varying sizes that run sideways on real ones while the fake ones sport a top to bottom wave.

3. How to Spot Fake Yeezys – The Middle Stitching Should Be Checked 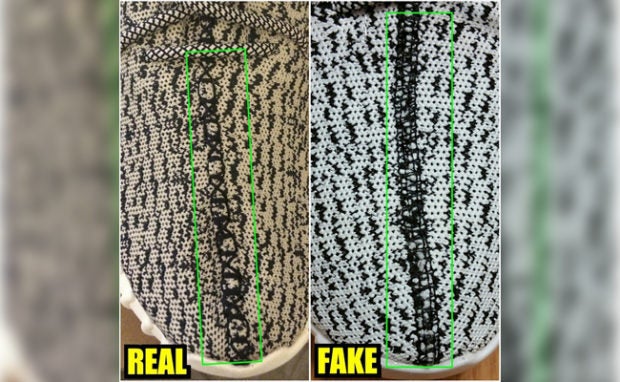 Legit Check: On the middle of the shoe is a thick stitching detail that should run down right to the outer sole and you can feel it with your fingers. Just under the outer sole’s tip is where it ends. That is how to tell if Yeezys are fake. Got it?

4. How to Spot Fake Yeezys – Details on the Heels Should Be Checked 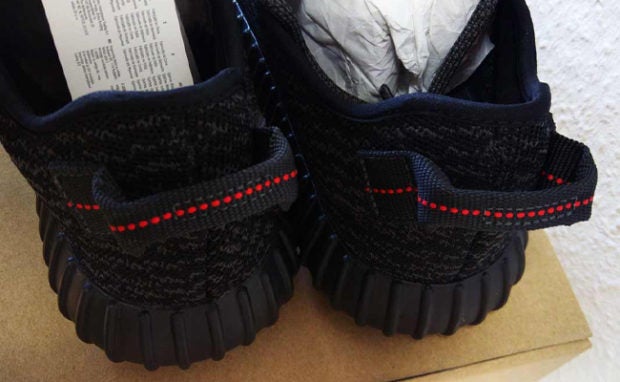 You should know how to tell if Yeezys are fake by checking the way the heel tab is placed. It should be 1cm away from the collar of the heel but in fakes, it’s a lot further leaving a big space between tab and collar.

5. How to Spot Fake Yeezys – The Inner Soles 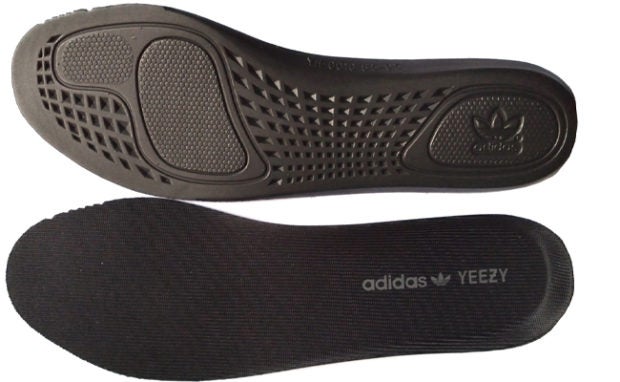 Real vs Fake Yeezy: The inner soles have a logo and Adidas brand name on them and are actually removable. Makers of the fakes usually use white ink to mimic the grey-toned ink of the real ones. You’ll also notice that the inner sole and uppers are of the same material.

Using inner soles, here’s how to tell if Yeezys are fake. Sewn into the soles of fakes are white fabrics that look cheap. For real Yeezys, the logos and brand names on the inner and outer soles should look inverted like mirror images when placed beside each other.

6. How to Spot Fake Yeezys – The Outer Soles 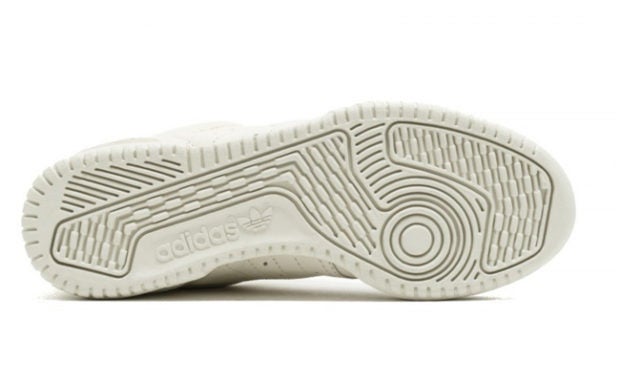 There is one very important detail the makers of fakes get wrong and it’s on the outer soles. It’s a flower-like embossment on a white part on the bottom of the Yeezys. Both shoes should have irregular and textured patterns around them. One way you can know if they are fake is that the original ones would have a soft velvety feel when touched while the fakes would feel very strong and stringent.

7. How to Spot Fake Yeezys – The Logo on the Side of the Shoe Still not clear on how to tell if Yeezys are fake? Well, here’s an additional tip; on the inner sides of any real pair of Yeezy are the YZY stamp and the Adidas logo.

These two pieces are to be found at the center and should be on a suede-like panel. On fakes, however, the logo and stamp are usually not at the center and are done with bigger fonts than is used on the originals.

Be particular about the side panels’ texture. Watch closely. They should actually have a soft lush feel to them unless they’re fake!

Can You Find Real and Authentic Adidas Yeezy Boost 350 v2 Sneakers on Dhgate?

Not at all! It is well known that DHgate is a scam seller. They don’t have or sell genuine items, therefore, they always have fake Yeezy for sale. The oddest thing is that even the fakes they sell have grades, depending on how much you pay.

So, in this case, you not only get a fake Yeezys, you get a fake Yeezys whose quality is dependent on the bucks. Do you still need to be advised to put away some money until you can afford the original Yeezy boost? Guess not.

Who Are the Makers of Yeezys and Where Do They Produce Them?

Adidas are the producers of Yeezy shoes and are based in China primarily. But the international corporation also produces shoes in Puerto Rico and Cambodia. You cannot actually ascertain where a pair of Yeezys were made and how original they are just by looking at them. This is due to the complexity of the company’s supply chain structure.

Do They Produce Yeezys in Vietnam?

Vietnam factories are not manufacturing shoes. This information was gotten from the most recent list of factories making shoes for Adidas in July 2017.

Why Do Yeezys Cost a Fortune?

In as much as Kanye creates a lot of buzz about the design of his shoes, the high cost of the shoes cannot be attributed to him. When you consider the cost of the materials used in making these shoes and the cost of paying the workers, you would not compare his shoes to designer shoes from brands with similar changes.

Actually, it’s the basic law of demand and supply. The number of Yeezy shoes produced by Adidas is small compared to the number of people who are waiting to also purchase a pair. Now, imagine this: if Kanye West were to increase production and Adidas does the same, the cost of each pair would drastically reduce. This would also be a buzzkiller.