Sony WH-1000XM3: A Replacement for the Bose QC35 Headphones?

Sony WH-1000XM3: A Replacement for the Bose QC35 Headphones?

Noise-canceling Bluetooth headphones have become wildly popular in the last 10 years. Several headphone manufacturers are rolling out their own versions to compete in this highly-profitable market segment now with the 3.5mm headphone jack going by the wayside. In spite of this, the Bose QuietComfort 35 II headphones have retained its position as the king of over-ear noise-canceling headphones … until now. With the release of the all-new Sony WH 1000XM3 headphones, these Sony headphones look to take the iron throne!

As far as over-the-ear headphones go, Sony has the industry-leading noise cancellation crown, so it’s without a doubt that the release of the Sony Bluetooth headphones, WH-1000XM3, – a third gen headphone, will mean more competition for any noise-canceling headphone manufacturers. The Sony WH-1000XM3 headphones are priced at $350. Now, let’s take a closer look to see if they are reasonably priced in our Sony WH 1000XM3 vs Bose QC35 II quick comparison. 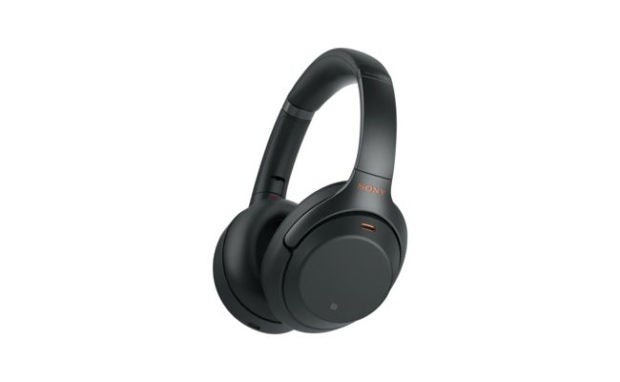 These Sony wireless Bluetooth headphones are a design wonder! The left ear cup features two buttons; a power button and a button to switch between noise-cancellation and ambient noise (which lets in ambient sounds), as well as an aux input. The right ear cup carries a USB-C port and touch-sensitive playback with volume buttons. We do not see headphones with touch-sensitive buttons every day, so it took some time to get accustomed to them. If we are honest, we prefer physical buttons we can feel around for and easily learn the position of by muscle memory. However, after some time, we became used to them. These gesture controls allow you to swipe up or down for volume control, double tap for play/pause and swipe forward or backward to skip or play the previous track.

The build of the ear cups allows it to turn nearly 180 degrees, so they will sit perfectly over your head and ears. Additionally, the ear cups and headband are heavily padded, so you can wear the headphone comfortably for a long period of time.

All in all, the Sony headphones WH 1000XM3 offer amazing design and sturdy build. Also, they are accompanied by a USB-C charging cable, an aux cable, and a good-looking case. This makes it a great companion for travel. 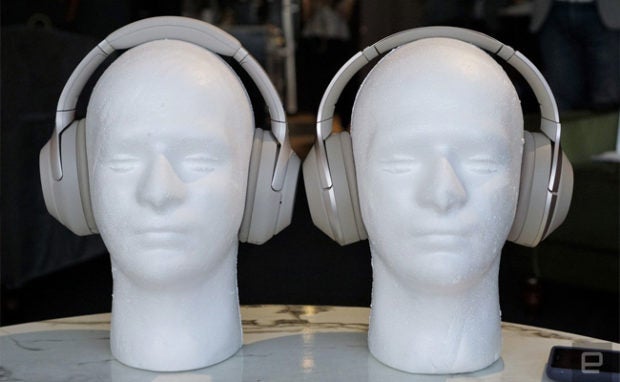 As compared to other variants of noise-canceling headphones, the Sony WH-1000XM3 headphones are lightweight. The ear cups and headband are heavily padded for increased comfort during usage. We have to really point out that these headphones are immensely more comfortable than any pair of Bose headphones we have previously tested.

If you’re going to be traveling long distances with your headphones on, they have to be as comfortable as possible, and this is what the WH-1000XM3 headphones are all about. We used these headphones for several hours without any problems relating to discomfort. Every bit of it was enjoyable because of the added comfort measures. 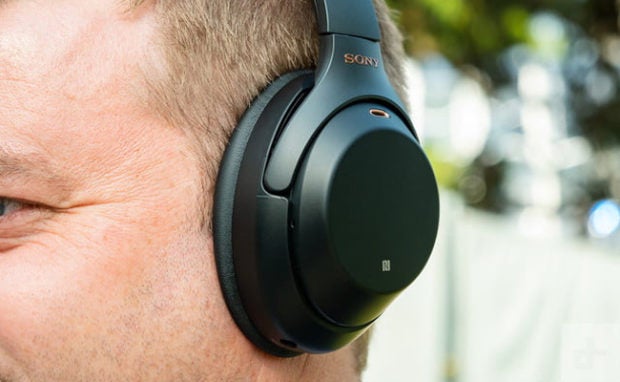 Although the Bose Quiet Comfort 35 headphones did an awesome job as far as sound production is concerned, it could still be improved upon. Sony has been known to produce amazing sound quality based on their body of work, and the Sony WH-1000XM3 lives up to the standard with high-quality wireless audio with Bluetooth and LDAC technology.

I paired them to my phone and went to my favorite playlist on Apple Music. My biggest issue with previous Sony headphones was that they had very little soundstage (the perceived distance between your ears and the music) and little definition (the clarity and separation of the various instruments in a piece of music). The 1000XM3 sounded better than the previous Sony’s and better than the Bose, but the highs appeared to be quite distant and overwhelmed by the bass. Cue my disappointment.

Thankfully, there are Sony headphones connect app that allows you to adjust the EQ to your liking. Now cue my frustration. The app did not recognize 1000MK3’s. It took a lot of patience but I finally figured out that Sony has not updated the app yet. I waited a day and see that the Sony app has automatically updated on my phone. Now when I fired up the app, it is recognizing the 1000MK3’s. Now I can play with EQ and adjust to my preferences. I’m not going to say that these sound nearly as good as most of my wired headphones, but for everyday use these are exciting. They blow the Bose away.

The noise canceling processor QN1 of the Sony is a generation ahead of Bose. There, I said it. Most reviewers crown the Bose as the best active noise cancellation you can get. Well, Sony has just shown Bose that they are the new big boy on the block. I did some A/B comparisons with both headphones and realized that Sony not only cancels steady noise like jet engines or the sound of the air conditioning intake in my house, but it did a great job of virtually eliminating all other sounds, including television voices and even other people, as my partner can attest to when she had to stand in front of me and wave her hands to get my attention because I could not hear her talking. And this is without even messing with the settings in the app.

Lastly, let’s consider the quality of the bass; it is deep, strong, and powerful, but it is not in excess as you would notice with other headphones (we are looking at you Beats Studio3‘s with your “extra bass”). Although the headphones are bass-heavy, it produces bass just the way users would prefer – not excessive. This is partly due to the quality of the driver unit in each ear cup. They are fantastic! The only time I won’t recommend the Sony WH-1000XM3 headphones is if you want to use them for monitoring. You will be much better served by a pair of Sennheiser HD 300 PROs. Other than that, they’re great headphones with amazing sound quality. 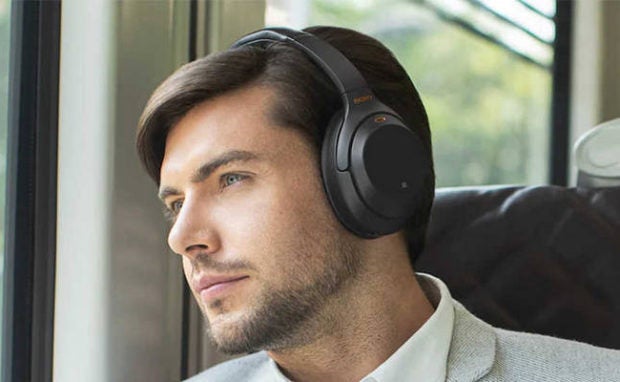 Though the Sony WH-1000XM3 has several high-tech features, it still operates with Bluetooth 4.2 which is fairly out of date, since we currently have the Bluetooth 5.0 Standard. However, you can still get a lot out of this Bluetooth’s connectivity, as it offers a listening range of 10 meters or 33 feet, which still makes a lot of sense.

Furthermore, the Sony WH-1000XM3 boasts an amazing battery life, lasting up to 30 hours when the noise-cancellation feature is turned on, and 38 hours if you decide to turn off noise-cancellation. The fact that they come with USB-C and fast charging is they cherry on top. I literally put them on the charger for about 15 or 20 minutes and they were at 90%. Sony states that a 10 min charge will get 5 hours of playback!

It is safe to say that the Bose QuietComfort 35 headphones have a much better replacement now. With that long-lasting battery life, long distance travelers won’t have to face any power-related challenges while in transit. 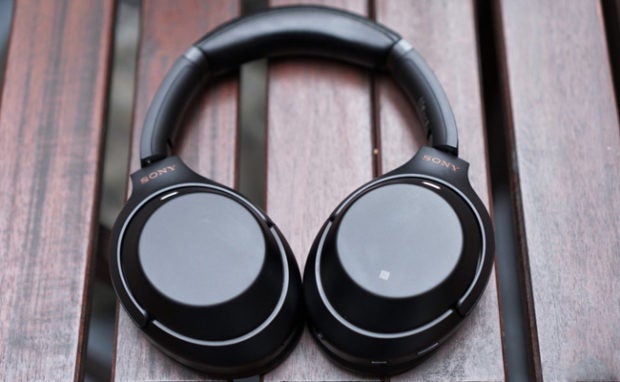 We can easily say that the Sony WH-1000XM3 is currently the best headphones with noise-canceling features available today.

One last note .. Sony says it supports the aptX low latency codec so that you can use them for watching TV and sounds will be synchronized with people’s lip movements. Bose does not support that. If you watch a lot of Netflix, YouTube or videos in general on your phone, you know how annoying it is when the sound does not match up with what is happening on screen with Sony’s, this is a thing of the past.

There is only one disadvantage: the price. Priced at below $350, the Sony WH-1000XM3 is obviously not a low-budget headphone. But, if you buy in eventually, you can be sure that you’ve made a long-term investment for your long-distance travel.

DID YOU KNOW?
Best Portable Fans to Beat the Heat This Summer
Best Sundresses for Women on Amazon
10 Best Men’s Summer Shoes
How to Use Roll-On Sugar Wax
Best Biodegradable Soap for Camping
How to Shrink Your Jeans to Fit Perfectly