Sen. Leila De Lima has found an ally in the U.S. Congress, a lawmaker known for her courage and who, like her, also once faced off with a tyrant.

“This week, I introduced a resolution condemning Sen. Leila De Lima’s detention,” California Rep. Jackie Speierannounced in a tweet.  The resolution has been endorsed by five other members of the US Congress. 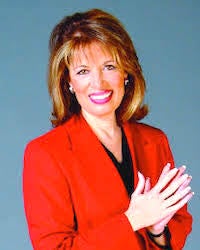 Speier represents the Bay Area district that includes Daly City, which has one of the largest Filipino communities outside the Philippines. Her official websiteeven has a section in Tagalog.  Supporting a controversial political figure in the Philippines was bound to provoke strong reactions from Duterte supporters within the community. And it did.

“No, you’re not a Filipino, period,” one Twitter response said.

“This woman is crazy! She didn’t know what her saying (sic),” another said.

Speier would probably not be intimidated by such attacks. She’s been through worse. Like De Lima, she’s waded into a confrontation with a leader with staunch, fanatical and even violent supporters.

They even tried to kill her.

In her tweet on De Lima, Speier declared: “The baseless charges against her are an affront to due process, good governance & human rights. Congress must stand up to the Duterte regime’s campaign of terror against those who speak truth to power.”

It’s not the first time Speier has spoken out against a reign of terror, and sought to help those trying to speak truth to power.

Forty years ago, on November 18, 1978, Speier lay bleeding on an airstrip in Guyana in South America where she joined a team that tried to help Americans who wanted to break free from a despot: Jim Jones.

Like Duterte, Jones had loyal followers who saw him as an all-knowing savior who could do no wrong as leader of the People’s Temple in San Francisco.

Former People’s Temple member Teri Buford O’Shea’s description of Jim Jones in a 2011 interviewwould remind some Filipinos of the man known to his followers as Tatay Digong (Father Digong).

“He was very charismatic and attracted people who were feeling vulnerable or disenfranchised for whatever reason,” Buford O’Shea said. “There were religious Christians and communists. If you wanted religion, Jim Jones could give it to you. If you wanted socialism, he could give it to you. If you were looking for a father figure, he’d be your father. He always homed in on what you needed and managed to bring you in emotionally”

In fact, Jones was, for a time, respected beyond the People’s Temple, seen as a power broker by politicians, civic leaders and the media.

In 1977, Jones began moving his congregation out of the U.S. to Guyana, to a camp that became known as Jonestown. By then, stories of abuse and repression had begun to surface.

It was later exposed that Jim Jones, despite his strict policies against substance abuse, was a drug user. It’s yet another facet of the Jim Jones story that would resonate with Filipinos under Duterte, who unleashed a bloody campaign to end illegal drug use — but who has faced serious allegations that he too has a nasty drug habit. Duterte has even publicly admitted to smoking marijuana, which is illegal in the Philippines.

Duterte’s erratic personality also comes to mind as Buford O’Shea shared other memories of Jim Jones: “He was very paranoid. He could not accept the fact that one person would leave him, ever. …  The thing was, too, that Jim would not let children off the compound. So if you were going to leave, you were leaving your child. There was no way of getting a child out of Jonestown.”

Speier was then a legislative counsel to Congressman Leo Ryan who sought to investigate the conditions of Bay Area residents at Jonestown. Speier didn’t have to go. But as she told Roll Callin 2015, “Back in 1978, there were not many women in high-ranking positions in Congress. I felt if I didn’t go, it would be a step back for women holding these high positions. I thought, ‘I can’t not go.’”

It turned out to be a tragic trip.

When they reached Jonestown, some congregation members told Speier, Ryan and their team that they wanted to leave and return to the U.S.  But when Speier and Ryan tried to take them back home, Jim Jones turned to violence. He sent armed men to ambush them at the airstrip.  Speier was shot five times. She survived and was later rescued. But Congressman Ryan and other members of the delegation were killed in the assault.

Meanwhile, inside Jonestown, the violence took an even more gruesome turn.

Aware that the days of Jonestown were numbered, Jones gathered his followers and instructed them to take a powdered drink mixed with cyanide. In a recording of the final momentsof the Jonestown mass suicide, Jim Jones could be heard saying: “All over and it’s good. No, no sorrow that It’s all over. I’m glad it’s over. Hurry. Hurry, my children. Hurry.”

Many of his followers took the poison in a mass suicide that shocked the world. About 900 people died that day, many of them children.

“Anyone who didn’t want to commit suicide was held down and shot with needles filled with potassium cyanide,” recalled Buford O’Shea, who managed to escape the massacre. “Unless you were one of the lucky ones who happened to sneak off into the jungle, you were dead. They went around with stethoscopes, and if you still had a heartbeat, you’d be shot.

“Furthermore, they killed all the children first. That killed a lot of the people at heart before they actually took the Kool-Aid.”

The Jonestown massacre was where the expression “Drinking the Kool Aid” comes from. It means believing an idea or following a leader blindly even it leads to tragedy or death.

Sounds similar to the grim situation De Lima and many Filipinos are struggling against in the Philippine version of Jonestown. We could call it Barangay Duterte, with followers who have opted to “Drink the Gin Bulag (mixed with Fentanyl)” …

To follow a ruler who has inspired mass slaughter …

To emulate a bully who idolizes a dead dictator …

To blindly obey a ruthless thug who has shown brazen, shameless disrespect for women, the poor, for basic human rights.

Fortunately, many Filipinos are fighting back. And the resistance just got a much needed boost from Jackie Speier who has turned the spotlight on those who “stand up to the Duterte regime’s campaign of terror against those who speak truth to power.”