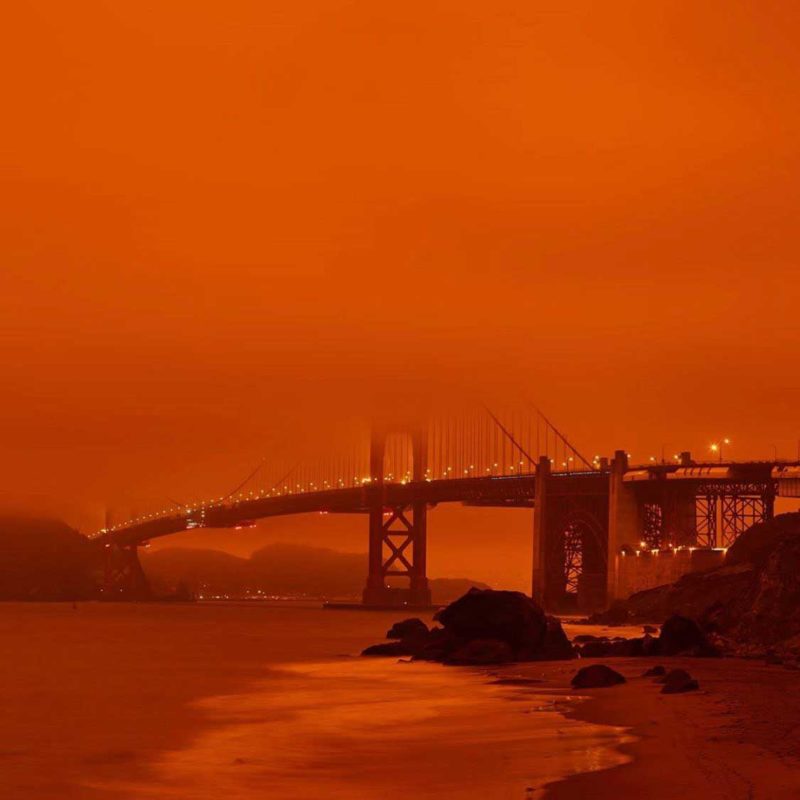 It has literally been a suffocating time in California. The major wildfires are now under control, but new ones are devastating other parts of the state, Oregon and Washington. Bad, smoky air continues to envelope us.

I haven’t been able to go long walks, the one activity that has helped keep me sane and centered since the pandemic began. It was also the workout I enjoyed sharing with my wife and teenage son.

We used to walk through the nearby woods in the afternoons, enjoying a brief time outdoors before going back to lockdown mode. A few weeks ago, before the fires began, my son went on a long trek, exploring wooded areas beyond our neighborhood. We walked for two hours, just following a trail that led us past a couple of ranches and a cow pasture.

We were exhausted by the time we got home in time for dinner. But it was a wonderful afternoon.

We had been locked down for six months, but at least we could do this, go on long aimless walks to explore where we live, to get lost even, and to try together to figure out how to get home.

That was before he started school again, before he began a new routine for learning, one that we know was strange and even uncomfortable for him. Distance learning, it’s called. Others call it “school from home” (SFH) or “learn from home.”

As with other children, my son’s not crazy about it, about learning his lessons through Zoom or other online platforms. He’s adjusting, making the most of what still seems like a strange system. Like other teenagers, he misses being with schoolmates, hanging out with them, talking about their shared experiences of growing up and preparing to be grownups.

But that’s not happening soon. The virus is still out there, making it unsafe for them to get too close, to  hang out, to spend hours talking, laughing, dreaming.

For now, they have to connect with their teachers and each other through technology, through small screens.

Children throughout the world are struggling to adapt to this new world. I know many of them are grappling with far more serious, even deadlier challenges.

These are terrible times.

And it’s certainly hard being a parent these days, living in a world devastated by a pandemic, reeling from economic collapse, marked by the rise of shameless, ruthless thugs leading the United States and the Philippines and many other parts of the world.

I have two sons, two young men who will inherit a damaged world, and there isn’t much I can do to help fix it.

He shares his reflections on last week’s Republican convention when Trump once again became the standard bearer of a party that once led by Abraham Lincoln.

“I watched it wall-to-wall, and it drove me to despair. In that four-night celebration of Trumpism, I caught a frightening glimpse of the ugly end of America, an authoritarian cult in full flower, and I am not keen to stick around much longer to see if my terrifying premonition pans out.”

Back home, in the Philippines, friends and family speak with despair, even anger, of the most brazenly ruthless and most uncaring leader in the country’s history, who has shown zero respect for the nation, our people, history and traditions.

These are terrible times when the Philippines and the United States are led by terrible leaders.

Trump and Duterte have both shown repeatedly that they do not care about people. They have both demonstrated repeatedly astounding levels of arrogance and brazen disrespect for other people, including for those who vowed to serve their countries as members of their nation’s military organizations.

Duterte told Philippine soldiers that he would back them up even if they commit abuses, including rape. Trump thinks Americans who join the US Armed Forces are suckers and losers.

My son and I were able to go on a long bike ride along Morro Bay over the weekend. This was where the first Filipinos, crew members of the Nuestra Señora de Buena Esperanza,  landed in America in October 1587.

We finally were able to escape the bad air for a few days. But it was only a temporary relief. New fires devastated more areas of the West Coast. The sky turned orange due to the smoke, like a scene from the dystopian thriller Blade Runner.

A new report revealed that Trump acknowledged privately the serious threat posed by the pandemic even as he downplayed the crisis in public. In the Philippines, there’s a push to declare the birthday of the late dictator Ferdinand Marcos a holiday.

These are terrible, suffocating times. It’s getting harder to see beyond the grim, orange skies.