Sex on the First Date: The New Trend in Dating for 2019

Sex is an off-limits topic for some people. It might be the culture or tradition that’s causing them to be anxious about the word, but more people are becoming aware of and open about the topic. It’s a sensitive issue that needs to be discussed, but it’s also a personal issue that you have to figure out on your own. Without society’s judgmental critics, and considering your own desires, what do you really think of this: having sex on your first date?

There are rules to follow when dating someone new, and you might have heard one of the most famous rules: Do not sleep with someone until the third date. What’s with the third date that made it the standard of having sex with the person you are seeing, right? You might have watched Friends with Benefits and Jamie Rellis’ five date rule. But whatever dating rule you may have, everyone has different standards regarding their personal romantic life. Would it be wrong? Would it be right? Well, here’s the catch: sex on the first date is already a thing.

For some cultures and some regions, sex on the first date is taboo. Having sex only in marriage is something people still consider to mean ethically correct decision. Recently, people are questioning this assumption and getting to intimacy when things start to heat up. In this new-age hook-up culture, we are so caught up in society’s expectations that we forget to listen to ourselves. At the end of the day, it is up to you and your partner to decide when the right time for sex may be. It’s time to take care of yourself, girlfriend, or boyfriend. Remember: it’s okay to prioritize yourself, especially when it comes to things as personal as sex-life.

So, here are some reasons why it may be totally fine to have sex on the first date: 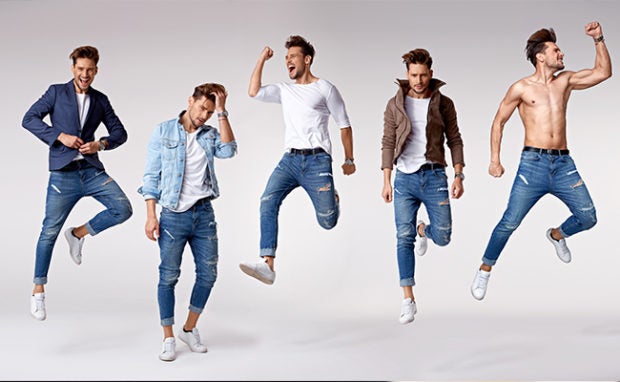 Men are probably the least complicated creatures on Earth. They say what they want to say, they do what they want to do, and they generally mean what they say. Of course, these are broad generalizations, but let us consider these to be true for the sake of argument. No sugar coating, no nothing. On a 2013 Cosmopolitan poll, 83% of women thought that men would think less of a woman who has sex on the first date, wherein the reality is that 67%, or the majority of the guys, said they actually won’t!

So, in the eyes of these men, it doesn’t make you less of a person if you choose to have sex or not right away. According to Andrea Syrtash, co-writer of the book, “It’s Okay to Sleep With Him on the First Date: And Every Other Rule of Dating, Debunked”:

“If you know that sleeping with someone won’t bring out your best or will make you needy, it’s a good idea to wait. However, don’t wait because you think the guy will lose respect or interest. Wait because of how it will affect you.”

Like I have mentioned before, men are men. Have you heard of any men who don’t like sex?  I’m not making men out to be sexual predators, but it is important not to be ashamed; men are very attracted to you and a simple decision won’t change that. Sex isn’t something you just dislike (especially if you’ve had the experience).

As Jeff Wilser, co-writer of “It’s Okay to Sleep With Him on the First Date: And Every Other Rule of Dating, Debunked” said:

“In the history of planet Earth, no guy has ever said, “She’s awesome. She’s intelligent. She’s sexy, and she’s into ‘Game of Thrones.’ There’s only one problem.…We hooked up on the first date.” As Wilser said, “If there’s chemistry, there’s chemistry, and from the guy’s perspective, it doesn’t really matter if we hook up on date one or date seven.” It’s something you can control, yes. But the sexual tension would be very visible for both of you if you are attracted to each other. Therefore, it might be possible that the excitement becomes uncomfortable as sexual tension. However, many couples like to build up anticipation in order to have a truly intimate experience.

You might have heard of sexual compatibility. Yes, like other key variables, this is also an important factor in a relationship. If you do it on your first date, you get to establish that special connection early, and if it’s something that just doesn’t work, then you know that the person was not the right match for you. I’m not saying that you should use sex to determine if the other person would be a long-time partner for you. I’m just saying that having sex can build a connection or inform you about the sexual compatibility you have with the other person.

From an article in elitedaily.com about sex on first dates, a social psychologist said this:

“In this day and age, more people recognize sex as an important component of a successful relationship, not something to be ashamed of,” says Justin Lehmiller, Ph.D., a social psychologist at Harvard who studies relationships and sexuality. “For those people, it’s important to establish sexual compatibility early on, and having sex on the first date may be the right move for them.”

he Best Romantic Novels to Read

Male to Female Makeup Checklist: Everything You Nee

It’s sex. You get to experience it.

Many have been there and left wanting more. I do not think it’s something to be ashamed of. The thrill and experience of having sex is a valuable event that many people hold dear to their hearts. However, to actually have a good experience, it needs to happen naturally and comfortably with both partners.

According to Philip N. Cohen, a sociology professor at the University of Maryland, at the end of the day, it’s not about sex, it’s about your attraction to one another.

“All that matters is how much the couple like and are attracted to each other, which determines how many dates they have, and whether the guy calls back. It appears that the first-date-sex couples usually don’t last because people don’t know each other very well on first dates and they have a high rate of failure regardless of sex.”

This has nothing to do with convincing people to have sex on their first date. This is just something written to break the taboo and facing reality. Some might want to stick to their virtues and that’s absolutely fine. This is for ladies (and gentlemen) out there that are thinking too hard on the situation.

“When people talk about having sex ‘too early,’ I think what that means is they found out someone was a jerk ‘too early’. If they stopped talking to you because you had sex with them the first night, they were going to stop talking to you after the fifth date when you thought it was special and lit candles and had sex, and then it’ll be worse for you because you’re more attached. I don’t think it has anything to do with ‘too early.’” – Dirty Lola of sexedagogo.com

I think what Lola meant is that, it’s not just about sex. If the person likes you, they’ll call you back, if not, then they won’t. Because let’s be real, there are other ways to have sex if sex is what they’re looking for, and not a relationship.