Coming to America: Blending in 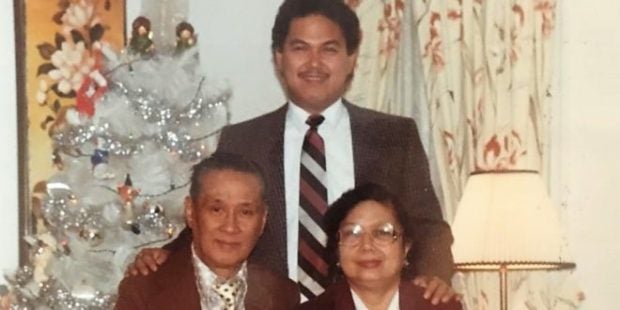 Eugene Banez was 14 years old when his family left their home in Dagupan City and settled in Prince George’s County, Maryland. He had fears of blending in. Above: A 25-year-old Eugene, with his parents Rustico and Flor Banez, in their home in Vienna, Viginia. CONTRIBUTED

FALLS CHURCH, Virginia — In 1970 my dad and I came to America under the Parole Visa. My mother, who came earlier in 1969, was recruited by the U.S. government to work at the District of Columbia Department of Health as a Food and Drug inspector. Her job was our entry to the American Dream.

I was 14 years old when I arrived with my father. Tall and skinny, I was excited but shy. I was also fearful and had many mixed feelings. How would I blend in my new environment? Coming from Dagupan City, I was not used to big cities, so imagine my anxiety of not being able to cope. This feeling was amplified when I did not see any Filipinos, or any Asian for that matter, around me. I felt lost and so out of place. I was an easy target, a sure casualty from a bully, or much worse, a big failure for my parents. 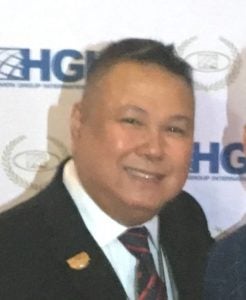 I did not realize it then, but I understand it now. Being unique has so many consequences. At that time, I was not understood easily. I had very thick Pinoy accent.  I was somewhat dark-skinned and sometimes considered a black person perhaps because most of my classmates at a Prince Georges’ Junior High School were also black. It worked for me because I easily blended in. The challenge for me at that time was to be accepted by my peers and to finish my studies.

My parents were pleasantly surprised, as I was, that I skipped two grades:  8 and 11.  After I turned 16 and got my driver’s license, my parents bought me a brand-new car, a Dodge Charger. Life was good, and I was living the American dream. As an only child, I was seen as a spoiled brat, but few people know that I had to work hard as a food clerk and assistant store manager at Safeway Stores. My mother influenced a store manager to give me a job while in high school. She opened doors for me. I had to make sure I didn’t let her down.

My transition to high school and to college was very smooth, despite my being a foreigner. I graduated from University of Maryland with a business degree. This education, which amounted to many years of studying and combination of hard work and struggle, paved the way to better work opportunities and eventually, a better life.

Life as I know it is not easy, but I am very lucky, blessed and thankful to be in a place where opportunities are abundant, resources are available, and humanity is understanding and accepting.