A battle to win a path to citizenship for “Dreamer” immigrants, following two decades of defeat, is underway in the U.S. Senate as Democrats face tough challenges on several fronts, including within their own ranks.

For the millions of immigrants who were brought to the United States as children, crossing the border illegally or overstaying visas, an obscure Senate procedure known as budget reconciliation could determine their future this year.

Democratic Senate Majority Leader Chuck Schumer hopes to use it to bypass the need for Republican support on legislation that would have Dreamers and possibly millions of other immigrants hitch a ride toward citizenship via a $3.5 trillion measure they call “human infrastructure” investments.

The stakes could not be higher. “If we don’t have reconciliation, I’m not sure there’s a pathway forward,” said Democratic Senator Robert Menendez.

Separate efforts to craft bipartisan legislation to protect the immigrants who were shielded from deportation under former President Barack Obama’s Deferred Action for Childhood Arrivals, or DACA, program have collapsed, said a Senate aide who asked not to be identified. 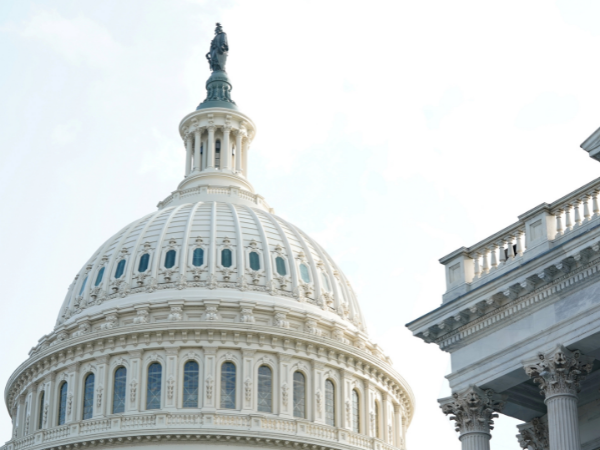 Republican Senator Lindsey Graham reflected the opposition from many in his party to any reforms until immigrant arrivals at the southern border slow. “I’m not willing to provide legal status to anybody with a broken porous border because it will create more problems. Everybody will come and want to be the next generation of DACA,” he said.

To move ahead, Schumer must keep his 50 Democrats and independents united on reconciliation this autumn. Opposition by any would sink the effort, along with Dreamers’ hopes of living normal lives in the United States.

Moderate Democratic Senators Kyrsten Sinema of Arizona and Joe Manchin of West Virginia already stand out as potential obstacles. But other Democrats facing re-election next year may need convincing, too.

Greisa Martinez Rosas, executive director for the immigrant-youth group United We Dream was in Washington in 2010 when the Dream Act failed.

“I remember crying with hundreds of young undocumented people,” she said.

Besides Dreamers, Democrats might include farmworkers, healthcare and other employees deemed “essential” and those who fled wars and natural disasters -a potential total of over 6 million people, according to experts.

A July court ruling striking down DACA, which currently protects around 640,000 young immigrants from deportation, has made a legislative remedy all the more pressing. Their status was maintained pending other court proceedings but new enrollments were halted.

Already, there are political cracks in the Democratic effort.

But he quickly added he supports the Senate’s “Byrd rule,” allowing “extraneous matter” to be removed from reconciliation bills by the Senate parliamentarian’s office.

Early this year, Senate Parliamentarian Elizabeth MacDonough barred a minimum wage increase from being included in a COVID-19 aid bill. Attempts to overrule the decision failed.

Many Democrats argue a properly drafted immigration provision can survive parliamentary challenges like an immigrant visa measure did in 2005.

Sinema told the Arizona Republic newspaper she opposes the $3.5 trillion plan because of its high cost. Aides would not say whether she supports including immigrant protections in infrastructure legislation.

THE LURE OF RECONCILIATION

Talks between Senate Democrats and Republicans have failed to produce a bipartisan bill, fueling Democrats’ go-it-alone approach through reconciliation.

“I have several (Republicans) who are just determined to stop whatever bill is offered” under conventional legislative procedures, Senate Judiciary Committee Chairman Dick Durbin said in a hallway interview.

That leaves all eyes on the parliamentarian, who in coming months is expected to decide whether to allow such sweeping immigration reforms.While voters largely support helping certain immigrants seeking legal protection from deportation, a July Reuters/Ipsos poll found only about 8% see immigration as a top priority.

Republican Senator John Cornyn, who has opposed some past reform efforts, now wants a stripped-down bill giving permanent legal status to the 640,000 Dreamers protected by DACA, leaving many others behind. Durbin rejected that idea.

“We’ve been talking about this for the entire time I’ve been here in the Senate,” said Cornyn, who became a senator in 2002. “And there’s never any action.”