OPINION: Abstinence, not condom is best for HIV prevention

OPINION: Abstinence, not condom is best for HIV prevention 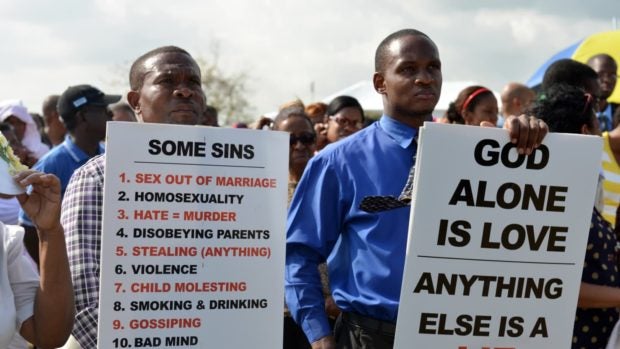 In 2017, the Joint United Nations Programme on HIV/AIDS (UNAIDS) narrated a very sad story that told us that men having sex with other men (MSM) is the principal cause of HIV epidemic in Asia-Pacific.

Moreover, the Philippines registered the fastest increase in the spread of HIV in Asia-Pacific, which means that male Filipinos who get infected every day are 15 to 24 years old. In the United States, youngest are 13 years of age.

In early 2018, the PH National Youth Commission (NYC) was extremely alarmed of the worsening situation, admitting that the “HIV epidemic has a new face and it is the face of a young (Filipino).”

The more MSM is tolerated, the more HIV epidemic spreads, which means MSM and HIV epidemic are correlated and not coincidental.

The epidemic comes at the time when a number of lawmakers are promoting SAME SEX MARRIAGE in Congress and when the trendy FreeToLove ads is catching the youth’s attention.

Use of condoms a Band-Aid solution

WHO, the U.S. Centers for Disease Control and Prevention (CDC), the Philippine DOH continue to hard sell the idea that the use of condoms (a.k.a. safe sex) is the most effective because condoms prevent a pregnancy and protect against sexually transmitted infections (STIs).

With the same fervor, I too insist that unsafe sex is not just MSM without a condom, but MSM, the unnatural act, itself. And I dare say that promoting the use of condoms (or anything external to the human nature) among 15 to 24-year old sexually hyperactive Filipinos is only a Band-Aid solution to the problem!

MSM, “the new normal,” contradicts the Law of Nature and the basic truth of sexual complementarity in being created “male and female.”

Only abstinence and a moral backbone

If HIV is a terrifying ailment of nature, only something internal to human nature can solve the problem.

If smoking can cause cancer, you tell smokers to quit, and quit ASAP, and you require a discipline from within. In the same manner, if too much drinking of alcohol and taking of drugs are addictive and damaging to one’s health, you tell them to stop.

Instead of providing e-cigarettes and other externals (such as condom) as alternatives, we should teach our young to discipline themselves in order to become healthy and productive members of society.

American research-based studies say that sexual abstinence is the only 100 percent method to prevent HIV, teenage pregnancy, and sexually transmitted diseases (STDs). Only abstinence is known to be the only fail-safe, reliable, foolproof, guaranteed method! And not the condom!

The Catholic Church urges global citizens to respect the Law of Nature and use natural methods at all times because the Church wanted our Millennials and Centennials to be brave and strong by self-discipline – and safe.