Should employers provide seats for their store workers?

Should employers provide seats for their store workers? 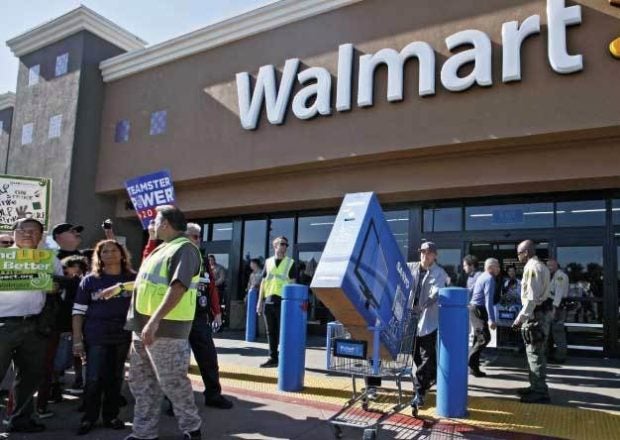 Two cashiers, on behalf of themselves and all other aggrieved employees, sued Wal-Mart, alleging that the chain violated laws which require employers to provide them with suitable seats at work. AP PHOTO

Nisha Brown and Kathy Williamson worked as cashiers for Wal-Mart Stores Inc.  in California. As cashiers, Brown and Williamson were expected to stand while they did their duties. Their primary duty is operating the cash register. Other duties may include organizing and stocking shelves, cleaning the register, vacuuming, and gathering shopping baskets.

Wal-Mart had a corporate policy of not providing tellers with chairs unless there was a medical justification for doing so. Walmart claimed that placing stools at cash registers would pose a safety hazard and could make workers less productive. The company said the nature of cashiers’ work did not reasonably permit seating because they need to scan large items, stretch to see the bottom of shoppers’ carts, bag merchandise, and sometimes perform work away from registers.

Both employees sued their employers on behalf of themselves and all other aggrieved employees, alleging that Wal-Mart violated laws which require employers to provide them with suitable seats at work.

California law generally requires employers to provide suitable seats to employees when the nature of the work reasonably permits the use of seats. California courts have clarified that the phrase “nature of the work” refers to the employee’s actual or expected tasks at a given location, and not to the entire range of an employee’s duties anywhere on the jobsite during the whole shift. If the task being performed reasonably permits sitting, which would not interfere with performance of any other tasks that may require standing, then the employer must provide a seat.

If the employer does not provide employees seating and argues there is no suitable seat available, the burden is on the employer to prove unavailability.

Having to fight for the right to sit down at work may sound strange. Why would this be a big deal? Certainly, in some industries, sitting down to work is not an issue. But for those other industries that require employees to stand up while working, a public health issue may arise.

After several years of litigation, including a detour in the Court of Appeal, Wal-Mart agreed to settle the case and pay $65 million in damages to over 80,000 employees. Wal-Mart also agreed to provides seats to employees where applicable.

Law Offices of C. Joe Sayas, Jr. welcomes inquiries about this topic. All inquiries are confidential and at no-cost. You can contact the office at (818) 291-0088 or visit www.joesayaslaw.comor our Facebook page Joe Sayas Law. [C. Joe Sayas, Jr., Esq. is an experienced trial attorney who has successfully recovered wages and other monetary damages for thousands of employees and consumers. He was named Top Labor & Employment Attorney in California by the Daily Journal, consistently selected as Super Lawyer by the Los Angeles Magazine, and is the recipient of PABA’s Community Champion Award.]