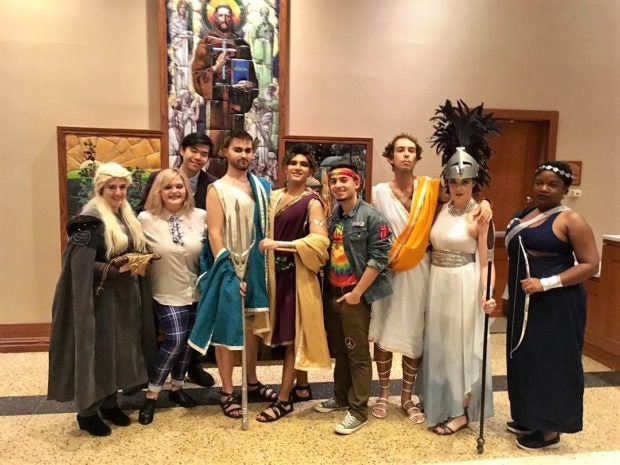 NEW YORK — Halloween was one of the oldest festivals celebrated by Celtic people 2,000 years ago at the end of the harvest season called Samhain. Rituals are offered by witches to celebrate spirits. To this day, Halloween starts a three-day celebration of spirits, saints and the dearly departed.

On a freezing evening late October, the young and young-at-heart look forward to celebrating the annual fright night festival. New York City’s Village Halloween Parade holds the biggest, most colorful and often political display of costumes in the United States.

All over the city, organizations seize the moment to host parties and fundraisers. The Filipino Ministry of the Church of St. Francis of Assisi is no different. The annual celebration is an opportunity to get together, dress up and just have fun. 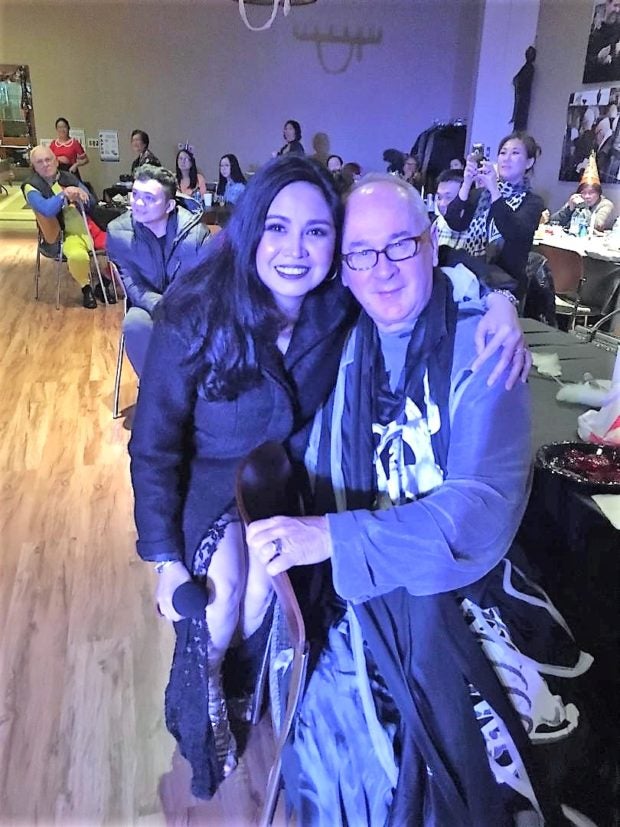 Angela (Torres), the Acoustic Diva of the Philippines, surprised everyone with her talent. INQUIRER/Carol Tanjutco

Even the priests and the friars of the Holy Name Province couldn’t miss this year’s costume party. The Young Adults Ministry came in medieval attire and danced the night away with the Filipino Ministry organizers’ familiar line dancing moves.

A special treat came as a surprise when visiting acoustic diva from the Philippines, Angela, presented a few songs from her albums. The unexpected “debut” garnered her the accolade of guests and parishioners. She has recorded more than 10 cover albums through the biggest music labels in the country, Polyeast and Galaxy records. 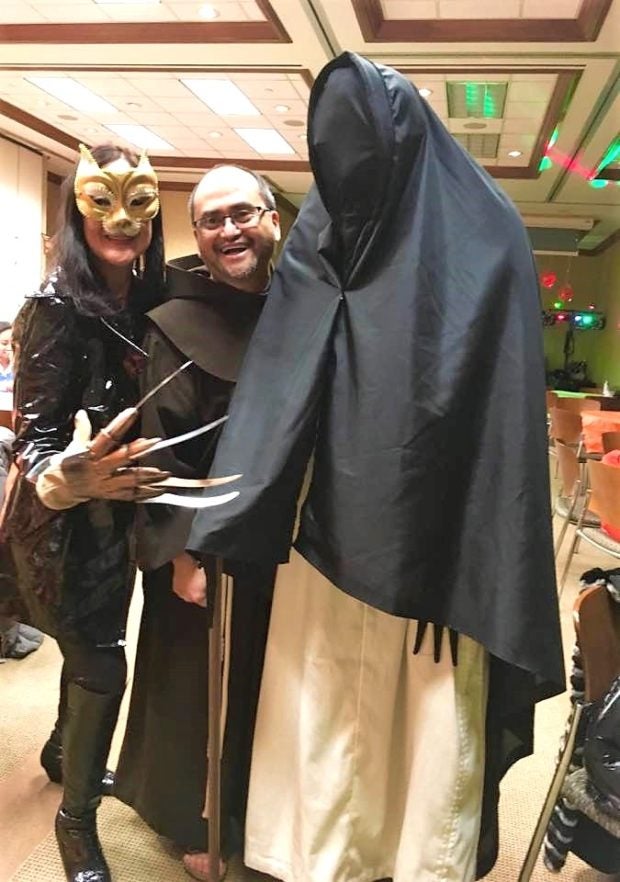 The friars of the Holy Name Province donned their costumes too; Fr. Julian Jagudilla (center} with Death. INQUIRER/Carol Tanjutco.net

Two of her albums where eventually released in 5 Asian countries. Nominated as best female acoustic singer of the year and best acoustic album of the year in 2013, she goes only by the name Angela. For the evening, she rendered Filipino songs and selections from Queen.

Meanwhile, the entire New York City is gearing up for another Greenwich Village parade on Sixth Avenue, between Spring and 16thStreets. The fun starts in the subways when the train is filled with goblins and witches!