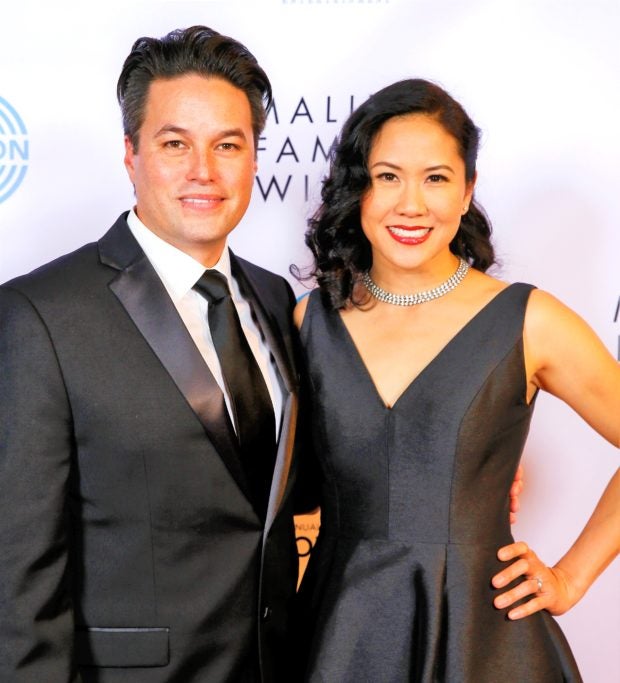 More than 20 years after performing together in “Miss Saigon,” real-life husband and wife Clifton Hall and Deedee Magna-Hall are excited to sing “Sun and Moon” again in [email protected] RYAN MILLER

Los Angeles — A couple who performed as Kim and Chris in “Miss Saigon,” fell in love in real life and got married. A tiny 7-year-old girl who belted a powerful version of “The Star-Spangled Banner” in a sports event, which led to her duet with one of her idols, Grammy and Tony winner Jennifer Holliday.

These are among the exciting guests in “[email protected]: A Decade of Music, Harmony and Community,” the 10thanniversary concert of the Filipino American Symphony Orchestra (FASO), the only Filipino symphony orchestra outside of the Philippines, on November 3 at the Alex Theatre in Glendale, California.

Fil-Am Broadway performers Deedee Magno Hall and Cliffton Hall will perform “Sun and Moon” from “Miss Saigon,” their first time to sing the duet again after more than 20 years since they met in the popular musical, took their onstage romance offstage as well and became husband and wife.

Deedee, who played Kim in several productions of the Claude-Michel Schonberg and Alain Boublil hit musical, recalled, “Cliffton and I have sung ‘Last Night of the World’ together countless times. But we haven’t sung ‘Sun and Moon’ since we performed together in ‘Miss Saigon’ over 20 years ago during the Asian tour production of ‘Miss Saigon.’ This FASO show will definitely be nostalgic for us.” 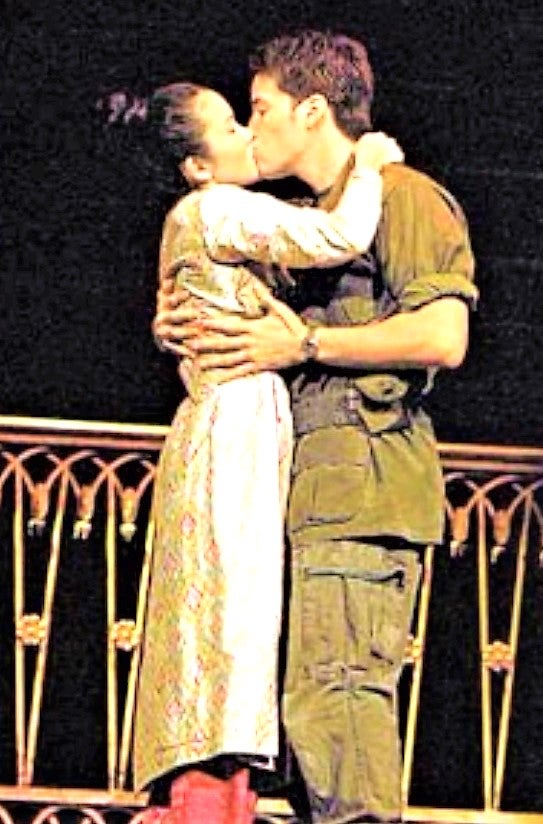 Then: Deedee Magno Hall and Cliffton Hall as Kim and Chris in “Miss Saigon.” CONTRIBUTED

Cliffton added, “Deedee and I met in 1995 when we were both cast in the second national U.S. touring of ‘Miss Saigon.’ We later traveled to Hong Kong and Singapore as a real-life couple, playing Kim and Chris, and fell in love with each other night after night. We have been married now for 15 years (and counting) and have our own Tams (two sons – Tam is Kim and Chris’ son in ‘Miss Saigon)!”

“We were just friends for years,” Deedee said. “We didn’t start officially dating until 2001. So, by the time we were hired to play opposite each other in the Asian tour of ‘Miss Saigon,’ we were already a couple, which made our love scenes onstage effortless and that much more believable – so I’ve been told.” Watch sparks fly again when this husband and wife render their passionate duet number in “[email protected]”

And prepare to be enthralled by Malea Emma Tjandrawidjadja, a pint-sized performer but a giant talent, who has been making waves since she belted “The Star Spangled Banner” in an L.A. Galaxy-Seattle Sounders game and wowed the crowd. The video of Malea’s stunning version of the U.S. national anthem has gone viral and been viewed more than 1.9 million times. 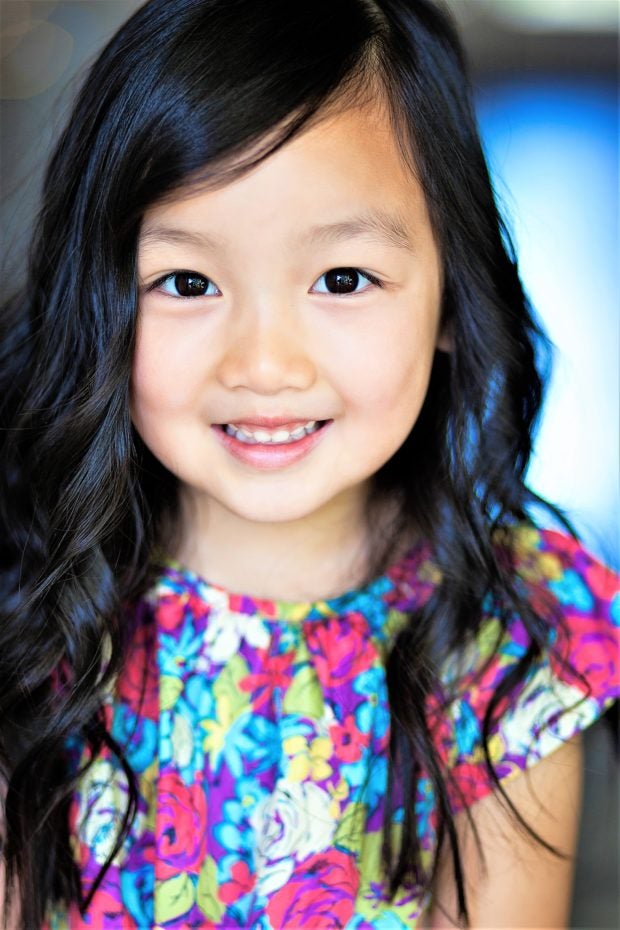 Malea Emma Tjandrawidjadja, a 7-year-old who belted a powerful version of “The Star-Spangled Banner” in a sports event which led to her duet with Grammy and Tony winner, Jennifer Holliday, will perform with FASO for the first time. CONTRIBUTED

Malea’s thunderously applauded performance in that game led to her guest appearance on ABC’s “Good Morning America” and a surprise duet with musical theater legend Jennifer Holliday of the latter’s original Broadway showstopper in “Dreamgirls,” “And I Am Telling You I’m Not Going.” The Fil-Am girl, possessing uncanny poise and stage presence, impressively sang the difficult stage aria with Jennifer, who was bowled over by Malea’s talent.

FASO, noted for its community outreach programs and workshops to nurture promising talents, booked Malea as a guest in the coming concert before all these breaks came her way.

The late Dr. Lucresia R. Kasilag (1918-2018), the grand dame of Philippine Music, will be honored by FASO to celebrate her 100thbirthday. “Festival,” one of the composer and educator’s works, will be performed by FASO under the baton of musical director Robert “Bob” Shroder.

The orchestra will also honor Dr. Ramon Geluz, the composer of the first original Filipino musical opera in the U.S., “Karim at Jasmin.” Pete Avendano, Joan Cano and Kit Navarro will sing a medley of songs from “Karim at Jasmin.”

Expected to rouse the audience in a patriotic spirit is FASO’s performance of a “politically inclusive” medley of songs, as  arranged by Louie Ramos, the orchestra’s arranger-in-residence, including tunes during the Philippines’ struggle for independence against Spain and the U.S. “Some of these songs are cleverly mashed up in ironic and unexpected ways,” Louie promised.

FASO will also pay tribute to Melvin Corpin, a composer who contributed several arrangements to the orchestra. He passed away a few months ago. 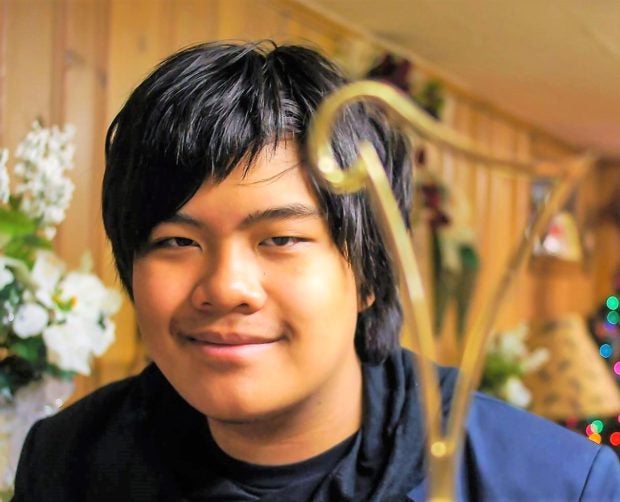 Rush Garcia’s “Ang Pipit (A Symphonic Variation),” which won FASO’s first International Orchestral Composition Competition, which was established to promote Philippine folk music, will be performed by the orchestra for the first time. CONTRIBUTED

Also performing special numbers are the FASO Children’s Ensemble and Alumni, who are spotlighted in two songs; Christina Blay, a featured performer from the FASO Workshops, who is rendering a solo piece, “Isang Lahi”; and singer Joey Albert, a friend of FASO.

The show, presented by Espina Lawyers, APLC and Silver Saddle Ranch and Club, begins at 7 p.m. on Saturday, Nov. 3. Alex Theatre is located on 216 N. Brand Blvd. Tickets and other details at: https://www.alextheatre.org/event/filipino-american-symphony-orchestra-presents-faso-10th-anniversary-concert.