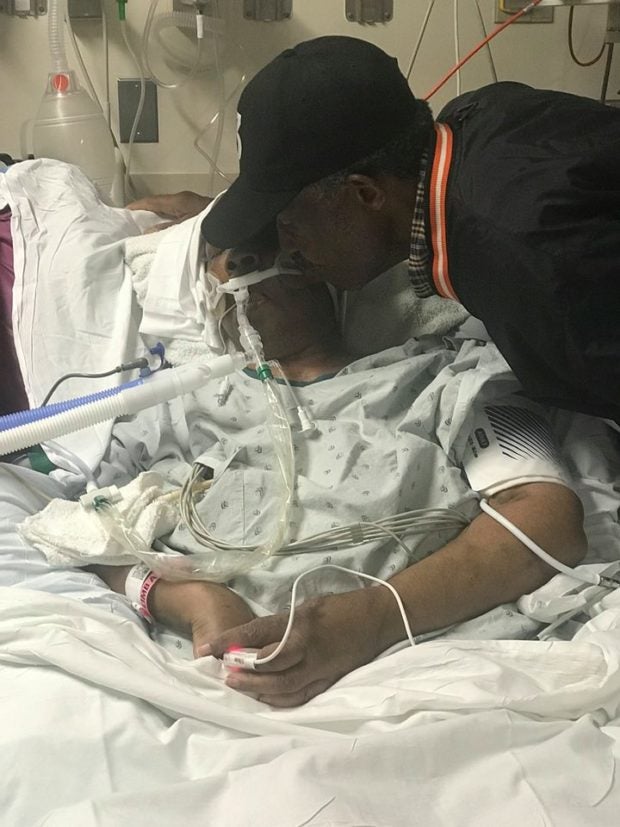 How far are you willing to go in the name of love? For one man, 6 miles by foot, every day.

A concerned citizen recently picked up a 98-year-old man he saw walking on a highway in Rochester, New York. Apparently, the old man walks 6 miles daily to the hospital for two weeks now to visit his paralyzed wife.

“Pick[ed] up this guy on side of [the] highway…390 north/490 east,” wrote one Dan Bookhart in a post he shared via Facebook last Aug. 14. He uploaded a photo of the old man sitting on the passenger seat of his car.

Bookhart said the man was very disoriented and did not know his name, although he said that he is 98 years old. The concerned citizen recounted that all the old man talked about was his experience of being a Marine and taking part in the Korean War. Bookhart said he brought the 98-year-old at Strong Memorial Hospital.

Pick up this guy on side of highway..390 north/490 east… very disoriented.. does not know his name.. although he said…

The daughter of the 98-year-old who was identified as Luther Younger, Lutheta, explained why her father was seen walking on the side of the highway, a day after Bookhart’s post was made. Posting photos of herself and her father kissing his bedridden wife, she said that her father was trying to see his cancer-stricken wife, Waverlee, in the ICU of the hospital Bookhart brought him to.

“I have been taking care of my mom and dad for over 5 years,” stated Lutheta. “My mom was diagnosed with cancer in 2oo9.” She said that her mother was given only five years to live since her diagnosis, but her mother was able to surpass the deadline the doctors have given her.

“I ain’t nothing without my wife. It’s been a rough pull. It’s been tough,” Younger told Spectrum News on Aug. 17. The 98-year-old expressed his deep love for his now-paralyzed wife whom he visits by walking nearly six miles every day. “She’s the best cup of tea I ever had. She would come in and kiss me and say baby and feed me in the bed and this is what I need right here.”

Meanwhile, Lutheta made it clear that she has the ability to drive her father herself to the hospital in an interview with Yahoo Lifestyle on Aug. 18: “He doesn’t have to, but he wants to. I can drive him. He just doesn’t want to wait; he’s impatient.”

A GoFundMe page named “Luther and Waverlee Younger” was created by Lutheta to help their family pay for Waverlee’s hospital bills, as well as the old man’s rides to the hospital. They have collected $44,310 (about P2.3 million) of the $50,000 (around P2.6 million) goal, as of this writing. JB