Should food delivery drivers be classified as independent contractors? 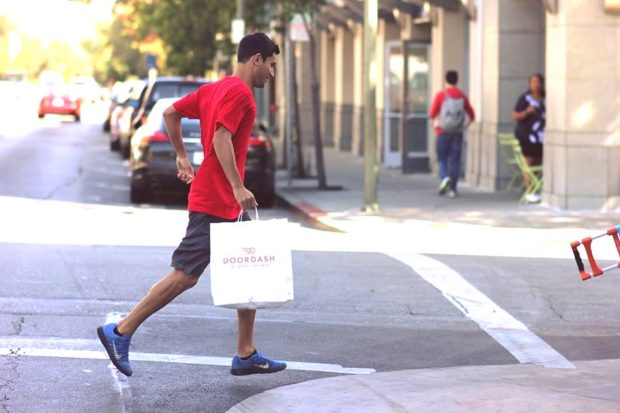 Technology has dramatically changed the way that people work and earn a living in the 21stcentury. Instead of the traditional employer-employee model, companies who need services obtain them from the general public, leading to the formation of what is called the “on-demand economy” or “gig economy.”

This has allowed the rise of alternative work arrangements, which include “free lancers,” on-call workers, and temporary help agency workers. Examples of high-profile companies who participate in the gig economy are Uber and Lyft – companies who provide ride-share services, and GrubHub, which is an on-demand food delivery service.

More often than not, workers in the gig economy are not considered “employees” in the traditional sense. Many of them are labeled “independent contractors” (or ICs) and do not have the same rights and protections that employees enjoy. ICs are not entitled to minimum wage, to overtime pay for working more than 8 hours per day or 40 hours per week, protection from unlawful deductions, protection from unlawful discrimination and harassment, reimbursement for business expenses, workers’ compensation protection, additional benefits such as sick pay, health insurance, retirement and profit-sharing plans, and the right to the employer’s share of the social security, unemployment and disability taxes.

There are several factors that determine whether a worker has been correctly classified as an independent contractor. The most important factor is the employer’s right to control the worker’s manner and means of performing the job.  If the employer dictates how the worker should do the work, what tasks to accomplish and how to accomplish them, then the worker is an employee and not an independent contractor.

The issue of “control” is the reason why many of the gig companies, including Uber and Lyft, have been sued in court. Their workers have accused them of misclassification, i.e., that even though these companies call them independent contractors, the companies continue to control the means and manner of doing the job.

The most recent gig company to fall afoul of California’s misclassification laws is DoorDash, another on-demand food delivery service that is the main competitor of GrubHub.

DoorDash drivers, called “dashers,” sued the company alleging that they were incorrectly classified as “independent workers.” This misclassification allowed DoorDash to avoid paying the dashers the minimum wage or overtime hours worked and allowed the company not to reimburse the workers for business expenses.

These, despite the fact that delivery drivers were regularly treated like employees – being directed in the many details of their work, instructed where to report for their shifts, how to dress, and where to go to pick up and await deliveries. The drivers claimed that driver services “are fully integrated into DoorDash’s business, and without the drivers, DoorDash’s business would not exist.”

DoorDash insisted that the on-demand drivers were independent contractors rather than employees and that the company had complied with the Labor Code.

Rather than proceed to trial, the company agreed to pay $5 million to settle the case. The company will pay class members $3.5 million with an extra $1.5 million if the company is profitable for an entire year, is acquired or goes public. The settlement will benefit 33,744 drivers, including drivers who were categorized as independent contractors who worked for the company and completed one delivery or more.

Employees misclassified as ICs lose big time – in money and legal protection. Thus, workers classified as ICs should carefully examine the nature of their working relationship with their companies. If they are really employees, they are entitled to back wages, reimbursements for expenses, and the value of employment benefits such as health insurance, retirement or pension benefits.