Commissioned employees in Calif. must still be given rest breaks 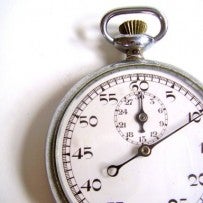 We recently discussed the problems surrounding employees who are paid only by commission. One of the problems we pointed out was that commissioned employees are often shortchanged when it comes to their rights to rest breaks.

Employees who are paid on a commission plan are still entitled to rights that are provided to hourly employees, such as the right to be provided off-duty rest periods, and the right to be paid at their regular rate of compensation if their employer fails to provide them off-duty rest periods.  How important is the employer’s duty to abide by these rules? Consider the following case:

Ibarra sued on behalf of herself and other mortgage consultants alleging that Wells Fargo’s commission plan violated California law.  The employees also claimed unpaid wages for non-sale but work-related activities such as attending mandatory meetings, training, or networking events.

The trial court ruled that Wells Fargo had violated labor laws and was liable for damages. The court then had to decide how compensation should be calculated under the California Labor Code.

As reported by the Daily Journal, the trial court ruled that since the employees were paid by commission, the employees’ “regular rate of compensation” is not the hourly pay but the commission pay. The court cited the Fair Labor Standards Act, which used the phrase ‘regular rate at which [the employee] is employed,’ which in this instance means the employees’ method of wage payment.

Thus, in computing the employees’ damages, the court ruled that Wells Fargo must pay the employees $97.3 million in back wages.

ADVERTISEMENT
MORE STORIES
What exactly did Vilma Bautista — Imelda’s ex-aide — do?
Shooting kills 2 officers, one a Fil-Am, in Hawaii
US Census plans hundreds of ads in 13 languages
Don't miss out on the latest news and information.