Joel Embiid had a massive performance, scoring a career-high 59 points and flirting with a quadruple-double, to lead the host Philadelphia 76ers to a 105-98 win over the Utah Jazz on Sunday night.

A night after carrying the Sixers to a solid 121-109 win over Atlanta with 42 points, Embiid followed up with a masterpiece, which included 19-for-28 shooting, 11 rebounds, eight assists, and a career-high-tying seven blocked shots. He even sank his second 3-pointer of the season and had a steal.

Embiid, who hit 20 of 24 free throws, absolutely dominated the fourth quarter, especially down the stretch. He scored 26 of the Sixers’ 27 points in the final 12 minutes, including the final 13 for his club after the Jazz took their final lead at 94-92.

Five of Embiid’s blocks came in the fourth quarter, including a swat with 1:20 remaining that helped the Sixers fend off the relentless Jazz.

Malik Beasley led a balanced Utah attack with 18 points off the bench. Lauri Markkanen had a quiet night with 15 points and 10 rebounds, while Collin Sexton scored 15, Kelly Olynyk chipped in with 14 points, and Jarred Vanderbilt added nine points and ten rebounds.

Shai Gilgeous-Alexander scored 17 points during a decisive run to end the third quarter for visiting Oklahoma City, which rode a red-hot shooting effort to overcome a historic first quarter by New York.

Gilgeous-Alexander finished with 37 points, and Josh Giddey posted a triple-double (24 points, 12 assists, 10 rebounds) for the Thunder, who shot 62.5 percent (55-of-88) — the third-best performance from the field since the franchise moved to Oklahoma City from Seattle before the 2008-09 season.

Julius Randle had a double-double (25 points, 10 rebounds) for the Knicks, who scored 48 points — their most ever in the first quarter — before the Thunder caught fire. Cam Reddish had 26 points, while Immanuel Quickley scored 24 points off the bench for the Knicks, who have alternated losses with wins the past seven games.

Russell Westbrook had 14 points and 12 assists off the Lakers’ bench, while Austin Reaves had 15 points, as Los Angeles ended a five-game losing streak and won for the third time this season. James missed his second consecutive game with a groin injury.

Kevin Durant scored 31 points with nine rebounds and seven assists as the Nets lost one day after defeating the Los Angeles Clippers on the road. Brooklyn is 4-2 since Kyrie Irving was given a team-imposed suspension. 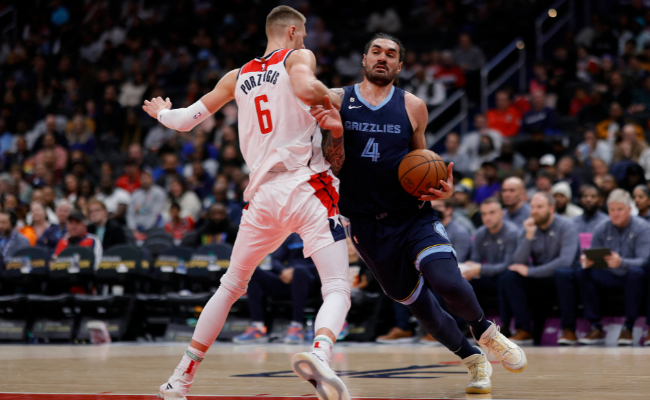 Kristaps Porzingis scored 25 points, including a season-high six 3-pointers, and Washington extended its winning streak to four games with a victory over visiting Memphis.

Deni Avdija matched his career high with 21 points for Washington, while Corey Kispert added 12, Monte Morris had 10 points and six assists, and Jordan Goodwin contributed 10 points and eight rebounds off the bench.

Garland’s performance ignited Cleveland’s comeback after being down by as many as 24, with 16 of his points coming in the final five minutes of regulation. The Cavs cut the deficit to two in the final minute, but Taurean Prince connected on four free throws in the last 13.1 seconds, part of his 19 total points, to keep Cleveland at bay.

With the win, the Timberwolves snapped a three-game losing skid while extending the Cavaliers’ own dip to four straight losses. Russell posted a season-high 30 points and a game-high 12 assists, while Towns (29 points, 13 rebounds) and Gobert (15 points, 13 rebounds) also played vital roles.

Michael Porter Jr. scored a season-high 31 points, and Jamal Murray added 23 to lead visiting Denver to a victory against Chicago.

Aaron Gordon (13 points), Bruce Brown (12), and Kentavious Caldwell-Pope (10) rounded out a balanced attack for the Nuggets, who won for the seventh time in the past nine games. Nikola Jokic contributed eight points, 14 assists, and six rebounds in 28 minutes for Denver. 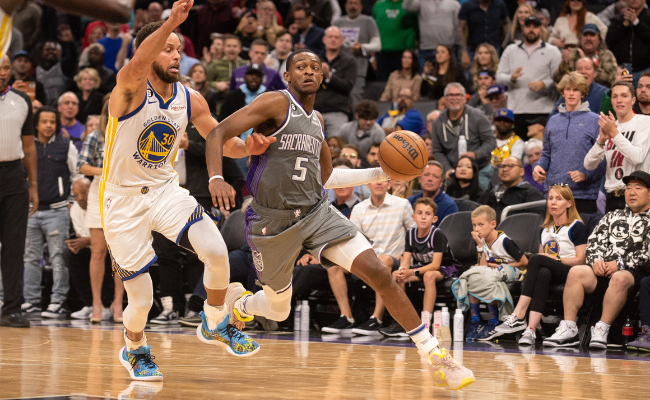 Stephen Curry scored 27 points, and Andrew Wiggins had 26 for Golden State, which dropped to 0-7 on the road. Jordan Poole added 18 points, and Klay Thompson tallied 17.