On Wednesday, Ford Motor Co and Volkswagen AG said they would shutter self-driving startup Argo AI, saying the technology was a long way off. The same is true when it comes to rules around technology as well.

Legislation in Congress has been stalled for more than five years over how to amend regulations to encompass self-driving cars, including the scope of consumer and legal protections.

And U.S. regulators have given no indication when they might act on petitions to initially approve a few thousand self-driving cars on U.S. roads without steering wheels or brake pedals. On Thursday, U.S. National Highway Traffic Safety Administration (NHTSA) officials declined to say when they might act.

U.S. Transportation Secretary Pete Buttigieg said this month he has “very high hopes for the theoretical possibility that self-driving cars and high-tech cars will save thousands and thousands of lives because human beings have a murderous track record as drivers of cars. But we’re not there yet.”

Some in the industry and in Washington also see developing self-driving vehicle technology as a competitive issue. Many lawmakers and the industry have urged Buttigieg to develop a comprehensive federal framework for autonomous vehicles, warning the United States could lose the AV race to China. 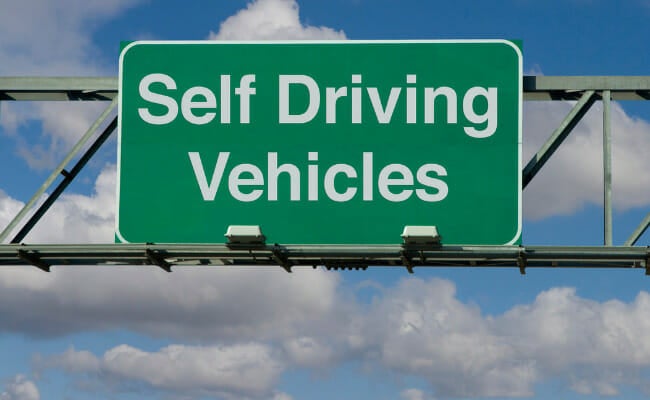 “We lag behind in shaping a regulatory framework that will foster this innovation while simultaneously protecting and encouraging all of the important benefits we believe autonomous vehicles are capable of delivering,” a dozen Democratic U.S. senators wrote in April.

The letter cited efforts by competitors, particularly China, who “have significantly invested in autonomous and connected vehicle technologies.”

The issue has taken on new urgency as U.S. traffic deaths have soared since the start of the COVID-19 pandemic, jumping 10.5% last year to 42,915. That marked the highest number killed in a year since 2005.

Advocates say autonomous vehicles have the potential to reduce traffic deaths, expand mobility access to the disabled, reduce the need for parking in congested cities, and cut greenhouse gas emissions.

In July, NHTSA, part of the U.S. Department of Transportation, opened for comment petitions filed by General Motors and Ford that asked the regulatory agency to grant exemptions to deploy up to 2,500 self-driving vehicles without human controls like steering wheels and brake pedals annually per manufacturer. Neither automaker seeks approval to sell self-driving vehicles to consumers.

GM wants to deploy the Origin, a vehicle with subway-like doors and no steering wheels. GM says the vehicle will require passengers to buckle seat belts before the start of their autonomous ride.

But the Detroit automaker faces resistance. Following a GM petition and a June crash involving an autonomous vehicle, the City and County of San Francisco said in its comments that GM and Cruise failed to provide sufficient data and fell “short of documenting or analyzing the safety performance” of the self-driving vehicles.

What is Bonfire crypto? Here’s all you need to know

Pheromone Perfume: Does it Really Work?

Cruise said the “overwhelming majority of public comments submitted on the Cruise Origin are positive, underscoring the vehicle’s sustainability and accessibility benefits and support for American jobs.”

In 2017, the U.S. House of Representatives passed legislation to speed the adoption of self-driving cars and bar states from setting performance standards, but the bill never passed the U.S. Senate.

“We’re working hard to find that common ground to get something that we can pass,” Representative Debbie Dingell, a Michigan Democrat, told Reuters in July. The prospects in the new Congress that begins in January are deeply uncertain, and the legislation has faced strong resistance from labor unions and groups representing plaintiffs’ attorneys.

While laws are not being passed, NHTSA, in recent months, has stepped up scrutiny of advanced driver assistance systems and autonomous vehicle systems. Last year, the agency directed all automakers and tech companies to report self-driving vehicle crashes promptly.