Pheromone Perfume: Does it Really Work? I Lifestyle

Pheromone Perfume: Does it Really Work?

You’ve undoubtedly seen advertisements for a pheromone perfume or a pheromone fragrance. Many claims that using their product would make the user more sexually desirable, boost their libido, or serve as a catalyst for other benefits that are almost too wonderful to be true.

Despite this, the possibility of a spritz that turns you into a sexy person is tough to resist. There are a lot of fragrances and perfumes on the market that claims to include components that might make you more appealing to other people, but scientists are still debating whether or not humans can detect pheromones. You might be asking if the claims made about pheromones are simply a lot of hype or whether they really function.

Let’s find out more about how this stuff works, but before we do that, we must have a firm grasp of what pheromones are. 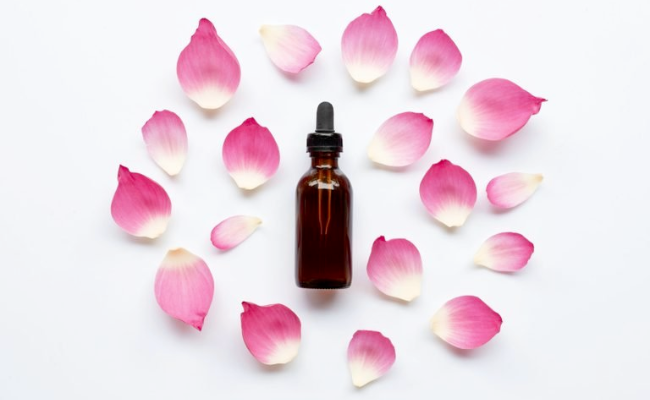 Pheromones are the fragrances that animals emit to communicate with one another and other species. These odors denote territory, help individuals recognize one another, or entice potential mates. Animals produce pheromones by using smell glands in the body, such as in the mouth, the paws, or the anus. They may pee on trees or brush their bodies against them to establish their territory. Additionally, they may smell each other’s behinds for chemical signals to determine whether or not they are related or a potential partner.

Different animals have receptors in their noses known as the vomeronasal organ, allowing them to detect pheromones through scent. This organ is also present in humans, but experts are still unsure whether we make use of it or whether or not we emit any pheromones that other humans can detect.

The researchers in a study published in “Facts, Views, and Vision: Issues in Obstetrics, Gynecology, and Reproductive Health” remarked that the results were “situation dependent,” according to the study’s findings. This study indicates that pheromones’ function may rely on other circumstances, such as personal or environmental.

The armpits, nipples, and genital regions of humans have many glands that produce odor. But the question of whether or not those odors include pheromones remains unanswered. Earlier research carried out in 2004 suggested that this may be a possibility. The investigation revealed that human sweat and urine contain pheromone-like molecules, such as androstenone, which pigs use to communicate with one another via scent.

The most important unsolved issue is whether or whether people find androstenone or other chemical secretions sexually arousing.

Do humans have the ability to detect pheromones?

Our perception of smell may hint as to whether or not we can detect pheromones; however, the experts are unsure about this.

Researchers have discovered that humans can distinguish personal scents between other persons based on olfactory signals. In other words, humans can distinguish one another using our noses. This research suggests that humans take up fragrances from one another that function similarly to how animals employ pheromones. In addition, it also means we also emit odors that the same species can detect through scent.

Do pheromones result in a sexual attraction response? 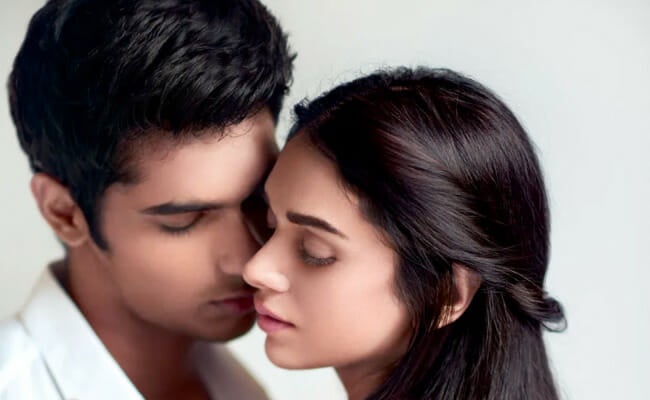 According to the minimal studies conducted on the topic, if human pheromones exist, spraying oneself with a perfume containing these fragrances will make you more desirable to others.

According to the findings, the women treated with androstadienone offered higher rates of attractiveness to the males they had met, whereas the untreated women gave lower ratings. This study paints a somewhat different picture than previous expectations. Specifically, it indicates that wearing pheromones makes the wearer more attractive to other people and not the other way round.

However, some specialists have pointed out that more research is still required to determine whether or not human pheromones affect scent and boost attractiveness. There is not much evidence from supervised clinical studies to support the assertion that this is the case. Most studies indicating human pheromones’ existence is tiny and may reveal false positives.

The attraction between humans is much more complicated than that between other animals. We don’t need a particular hormone, chemical release, or scent to experience desire, seek sex or get attracted to another person. This indicates that even if pheromone scents are effective, they may not be sufficient to make a person feel differently about sexual attraction towards you, even if they do function.

What is a pheromone perfume? 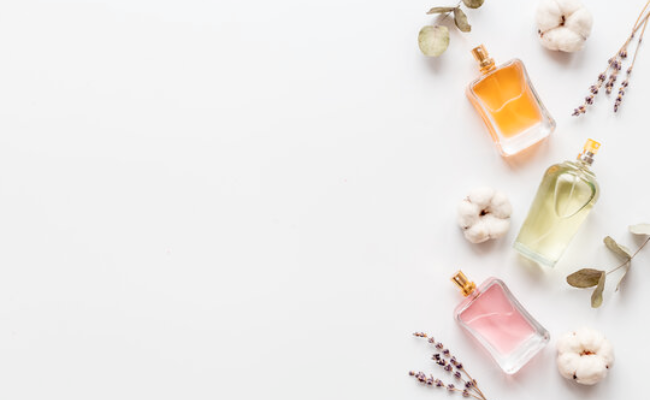 Believers in pheromone perfume expect people who smell it to be sexually attracted to you in the same way that animals are attracted to one another via pheromones. Pheromone fragrances may include chemicals such as epi-androsterone, alpha-androstenone, androstadienone, and androstenone.

However, perfumes can claim to include love-enhancing pheromones that alter your skin pH. This does not guarantee that they contain any active compounds, much alone pheromones. Because the Food and Drug Administration of the United States (FDA) does not monitor supplements or other items like these, the only thing you can do is believe the market claim of the maker, who may or may not be a reliable source.

Additionally, several challenges are involved in generating synthetic versions of human-based pheromones to use in a spray or perfume. Because of these challenges, most commercial pheromone products employ plant substances to imitate the effect. However, like human pheromones, so-called “plant pheromones” may operate, but not always in the manner that sellers claim.

You may find a pheromone fragrance in stores under brand names such as Orange Blossom, RawChemistry, Pure Instinct, and Max Attraction for Women. Compounds found in plants, such as lavender and chamomile, may be used in a perfume to lessen the effects of stress and increase levels of relaxation. Therefore, if stress affects one’s mood and libido, and if stress is causing these adverse effects, then these scents should help relieve stress. Your desire for sex may also improve somewhat if you reduce your life’s stress. Pheromone scents, on the other hand, claim to be able to make people fall in love with the wearer. Is there any basis for this assertion?

Can pheromone perfumes make someone fall in love with you?

When you watch all of the enticing advertisements, you could get the impression that pheromones can make someone fall for you – and that a pheromone fragrance can put you or someone else “in the vibe” for romantic interaction. Neither of these claims is true.

To begin, it is quite doubtful that many of these romance items contain the genuine article; yet, even if they do, the impact would be relatively muted. They would never go against the wants or preferences of another individual.

Pheromones are not some mystical element that draws others to you; instead, they signal some form of compatibility between two individuals. Therefore, pheromones may potentially enhance a person’s attraction to you if they already have an interest in you. However, they are most effective if they’re your pheromones, the sort created in your body’s fluids. Pheromones and how others react to them are unique and depend on the body’s chemistry.

You should also be aware that the advantages of using a pheromone spray perfume are often only experienced by the individual wearing the spray. Natural pheromones might impact those who are emotionally intimate with you, but the chances are slim that the kind found in a spray will even reach a stranger, much less cause them to become attracted to you. In most of the studies on pheromones, scientists asked the participants to either have the chemical applied to their skin or bring it up to their nose and sniff it. How many strangers will be that close to you to sniff your pheromones? The answer is most likely zero. 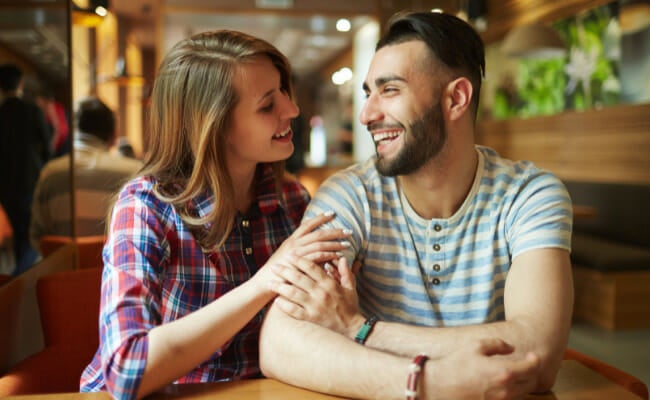 It’s possible that using pheromone products could help you achieve a state of relaxation and happiness. This feeling may then make you feel more confident and open to attracting potential love interests. A pheromone perfume, depending on its specific composition, may be able to aid in the alleviation of stress, the promotion of relaxation, or the improvement of sleep quality. With these improvements, you may get your sexual desire back up to normal levels. The soothing impact this has on people may give them the impression of an “improved” libido or “better” amorous sentiment. In reality, it isn’t directly enhancing their desire to have sexual encounters.

The placebo effect might enable you to think that you are more beautiful, which could make you feel or behave sexier and make you more adventurous. You can’t discount the power of the placebo effect! The mind is a strong instrument. Even if the object itself isn’t the cause, the effects are still a part of everyday life.

Simply put, it is possible that a pheromone perfume will not make you more attractive, but it may assist you in feeling more beautiful in your own skin.

We do not have a lot of data to support the claim that using a pheromone perfume will make you more appealing to others. Pheromones may be emitted by humans and detected by other humans. However, more reviews and studies are required before fully understanding how this process works.

There is no reason why you shouldn’t put on the product if you love using it. If it helps you feel much better about who you are as a person, even better. However, you shouldn’t expect it to act as a magical matchmaker. Pheromones and other chemicals generally cannot coerce a person into a mood they would not voluntarily choose to be in. This is the bottom line.

There is no straight answer, it may seem, due to the complex nature of the studies surrounding human pheromones. On the other hand, research makes it quite evident that people cannot magically use perfume to produce love or attraction.

What Do Pheromones Do?

The answer to this question is not as simple as one would think. Supposedly, pheromones play a significant role in our sex lives and experiences. On the contrary, pheromones and a pheromone perfume have less to do with sexuality and more to do with the placebo effect. It can help you smell good and feel more comfortable when you’re among new people. It can also boost your confidence and subsequently increase your sexual drive when you’re with a partner. However, anticipating that it would provide you with a string of one-night encounters is an ambitious goal at best.

How do I use a pheromone perfume?

Place one or two drops on your skin where you would often apply perfumes or cologne. Examples would be on your wrists, behind your ears, neck, throat, and chest. Pulse points are the most effective application method for your general fragrance, although this is entirely up to you.

The next step is to spray your chosen fragrance over the pheromone drops you have previously applied to your skin. This can be perfume, cologne, or essential oils. After all, you still want to smell nice. You could also use a pheromone-infused essential oil perfume on your skin like you would apply your usual oil fragrance.