American WNBA basketball star Brittney Griner, whose appeal against a Russian jail term is due to be heard next week, sent her supporters a message of thanks on Tuesday, her 32nd birthday.

The two-time Olympic gold medallist was arrested on Feb. 17 at a Moscow airport with vape cartridges containing cannabis oil in her luggage and was sentenced on Aug. 4 to nine years in a penal colony on drug smuggling charges. Her appeal is due to be heard next Tuesday.

“All the support and love are helping me,” Griner was quoted as saying by her lawyers Maria Blagovolina and Alexander Boykov, who spent several hours with her in the Moscow pre-trial detention center where she is being held. 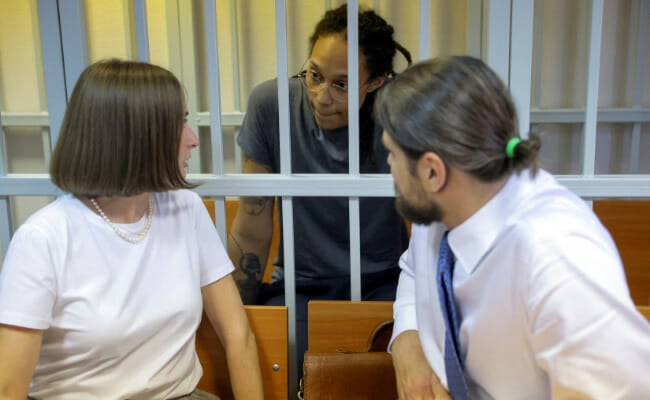 Griner pleaded guilty at her trial but said she had made an “honest mistake” and had not meant to break the law. Cannabis is illegal in Russia for both medicinal and recreational purposes.

“Today is difficult for Brittney,” said Blagovolina, representing Griner in court. Not only is this her birthday in jail away from her family, teammates, and friends, but she is also very stressed in anticipation of the appeal hearing on October 25.”

Washington says Griner was wrongfully detained and has offered to exchange her for Viktor Bout, a Russian arms dealer serving a 25-year prison sentence in the United States. It said last week it had had no consular access to her since August.

Moscow has also suggested it is open to a prisoner swap. Bill Richardson, a former U.S. ambassador to the United Nations who traveled to Moscow in September, has said he believes Griner and former U.S. Marine Paul Whelan could both be released by the end of the year.