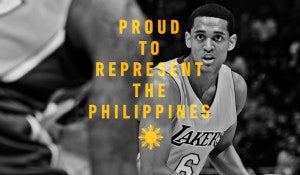 LOS ANGELES–The journey into professional basketball can be a tumultuous ride, but the ups and downs are what make the journey worthwhile. For Jordan Clarkson, his basketball career three years in is only beginning.

The disappointment of not being able to represent your home country in your field of expertise can leave you with an empty feeling, but Clarkson can still represent his origins in different ways.

Born to a Filipino mother, Annette Davis, Clarkson’s dedication to basketball caught the attention of Gilas Pilipinas in; impressive too is his being the second most famous active Filipino athlete, Pacquaio being the first.

Basketball aficionados in the Philippines looked forward to the FIBA Asia Cup, and fans of Gilas Pilipinas would have loved to see Clarkson wear the national team’s jersey.

In 2015, Clarkson was granted the opportunity by the Lakers to join Gilas’ roster for the 2015 FIBA Asia Championship, which began on September 23, on the condition that he return to LA for training camp with the Lakers on September 28.

The problem was that the FIBA games ran until October 3, which meant that if Gilas Pilipinas made it past the preliminary round, Clarkson would have to miss the rest of the tournament.

Because of contractual obligations and scheduling conflicts, the national basketball team decided to go in a different direction and opted for Andrey Blatche, a 6’11” center who previously played for the NBA’s Brooklyn Nets.

It was a difficult decision for fans to accept, being that Blatche was born in New York making him American at birth and both his parents whom are not Filipino. By becoming a naturalized citizen of the Philippines in 2014, Blatche was eligible to join the Filipino national basketball team.

Despite his disappointment, Clarkson still managed to give back and share basketball knowledge and talent to his Filipino brethren. Clarkson started his own basketball camp, which is sponsored by Nike. His camp, JC6, was held in Corona, California last year, where kids between the ages of 8 to 18 came to learn from Clarkson and participate in basketball drills and games with one of their idols. 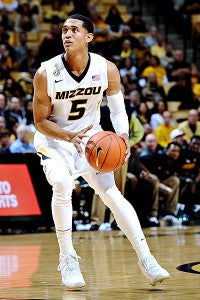 Nike has also boosted Clarkson’s fame by having the NBA standout participate in promotional events in the Philippines and China this past summer, and will likely continue the tradition annually.

Clarkson also helps the Salvation Army in Inglewood and in distributing food and supporting families who need help, in addition to his sneaker giveaways during Christmas.

In 2014 Clarkson’s life took a sad turn when his father, Mike, was diagnosed with stage-four cancer. Clarkson decided to start the JC Cares Foundation, to contribute to those who are experiencing or have experienced the same struggle as his father.

Nearly halfway through the 2016-17 NBA season, the University of Missouri alum, has been one of the Lakers’ promising players in a roster filled with potential all-stars. Alongside Julius Randle, D’Angelo Russell and new draftee in 2nd round pick Brandon Ingram, Clarkson and crew hope to bring back the winning days of Los Angeles’ most beloved and storied franchises. The team’s camaraderie has been punctuated with the hiring of Luke Walton, the youngest head coach in NBA today.

A youthful brain trust in Walton and his coaching staff combined with an exuberant mix of young players while uplifting can also be complicated. But while the Lakers’ first 45 games, at 15-30, appears underwhelming, it has been a much more fulfilling season thus far with moments of brilliance and flashes of what could be a consistent playoff contender within two years.

A more cohesive and exciting team this year has clearly shown signs of promise compared with last year’s squad that compiled a franchise worst, 17-65 record (after 82 games).

Clarkson, 24, drafted 46th overall in the 2014 NBA draft, was named NBA All-Rookie First Team that year despite playing only 59 games. Since then his basketball averages have jumped from 11.9 points to 14.0 this season, undeniably becoming a team asset and fan favorite.

Clarkson has had to shift roles throughout his tenure with the team. In his rookie year, he started much of the second half of the season, which earned him valuable experience and enabling him to quickly progress as an effective player. His contributions to the Lakers have added to the youthful revolution the Lakers have been trying to spur. His earned him an impressive four-year, $50 million dollar contract extension this offseason.

Although he has matured into a more than reliable player, Clarkson has been asked to come off the bench this season, having many people second guessing rookie head coach, Luke Walton. Most players earning 12-plus million dollars per year would complain about coming off the bench, but Clarkson has embraced this decision and feels his role would better facilitate the process that this current Lakers roster is trying to achieve.

Since being placed on the second string, his play is an energy boost, something the Lakers’ bench in the past has lacked. Like his inability to play for Gilas Pilipinas, this challenge of having to deal with playing second fiddle to the starters will continue to motivate the budding star and take him to a new level.

As much as the Lakers want to continue in this new direction of growing from within, it wouldn’t be Tinseltown without the drama of rumors that surround LA’s most renowned sports production.

While the core of D’Angelo Russell, Brandon Ingram and Julius Randle makes up much of the new blood, Clarkson remains near the top of that list of standouts that anchors the team. With that potential stardom comes the idea of maybe luring in a current NBA prospect, a player that is more in his career, such as Jimmy Butler or Demarcus Cousins.

Rumors circulate of management possibly trading Clarkson and tLakers 2016 second overall pick, Brandon Ingram (whom many think has the potential of being the most talented of the Lakers’ young core), in exchange for a Butler or Cousins.

By doing so, the Lakers won’t immediately become a title or even a playoff contender, but it does give them a better chance to lure a potential star free agent in the upcoming offseason. The problem is that one can’t help but think of a certain Oklahoma City Thunder team who once housed Kevin Durant, Russell Westbrook and James Harden on the same team. The Thunder, which adopted the “grow from within” mantra, drafted the aforementioned, and eventually ended up breaking up the core.

Initially, Durant, Harden, and Westbrook began their trying years with a 23-59 record in 2008 to then propelling the team into the NBA Finals just three years later. Kevin Durant now plays for Western Conference powerhouse Golden State, with Harden playing for the Houston Rockets, in a current dead heat scramble in the race for MVP against Westbrook, who has continued his historic statistical campaign this season wearing the Thunder uniform.

This is not to say that breaking up the current Lakers’ roster for a quick fix will be as catastrophic as the Thunder’s fall from prominence; neither is it to say that the Lakers’ core is as talented as those of Oklahoma City’s (former) stars.

But if the Lakers truly want to follow in the footsteps of OKC or even that of a well-managed franchise like the San Antonio Spurs, the powers that be might want to let this group of Lakers grow together, and see just how special they can be, instead of splitting them up and watching their untapped potential sprout for other organizations.

As for Clarkson, dealing with trade rumors will just be another hurdle that could turn into a stepping-stone. He hasn’t been deterred by not being able to represent his country during the 2015 FIBA Asia Cup, coming off the bench, or the challenge of helping his father face health difficulties.

Clarkson has always put in the time to elevate his game and become a leader, as well as a worthy representative of his team, community and the Philippines while growing his brand.