What's coming to Netflix, Disney Plus, HBO Max and more this July 2022

What’s coming to Netflix, Disney Plus, HBO Max and more this July 2022

There are two ways to avoid film spoilers: watch it as soon as it hits the cinema, Netflix, Disney Plus, or HBO Max. Or you can venture on a spiritual journey that deprives you of access to the internet like Topher Grace did in the second episode of Black Mirror (Smithereens).

In this guide, we will help you avoid missing out on the movies and shows coming out in July 2022. These shows can be accessed on Netflix, HBO Max, Hulu, and Amazon Prime. 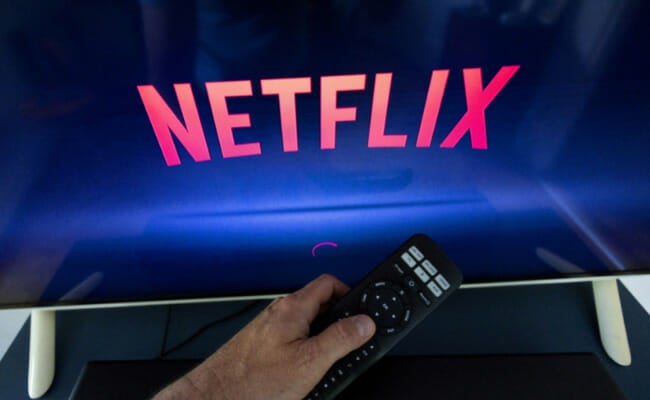 For Netflix subscribers, July is filled with new movies coming and the continuation of old ones. Sadly, some well-received movies are also leaving the movie streaming platform.

Instead of sponsoring the script of every Tom, Dick, and Harry that approaches Netflix, they prefer to rent the rights to air the movies from the production companies such as Columbia Pictures and DreamWorks Pictures. 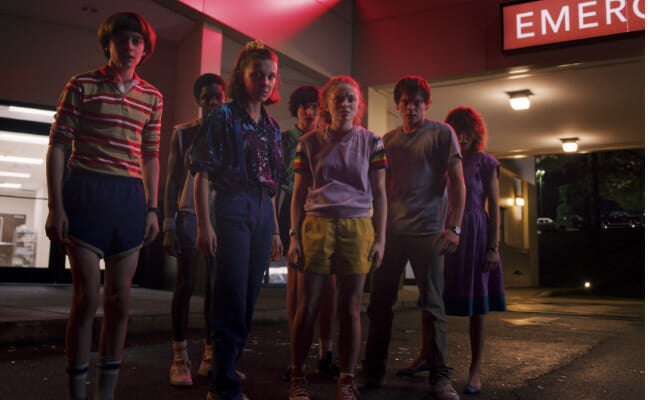 Stranger Things is one of the most-anticipated films coming to Netflix in July. The third season saw paranoia build up among Hawkins Residents. The failure to pin what was taking their teens’ lives made the residents point their hands at innocent characters who knew nothing about the strange deaths.

The main suspect, Eddie, had to run for his life after Jason Carver chased him and his fellow basketball players. In the wake of the revelation of Vecna’s identity (Jamie Bower), the Hawkins group tried to hunt down the perpetrator and stop him from killing more teens. In the remaining two episodes, a young girl named Eleven tries to revive her extraordinary powers, so she puts a nail on Vecna’s coffin for good.

It is noteworthy that the fourth season (episode 4) increased the streams of running up that hill, a song by Kate Bush. The single climbed up the charts for nearly three decades since its release.

The first volume of Stranger Things 4 dropped on May 27, 2022. The second volume, which consists of the final two episodes, dropped on July 1 (same year).

According to Netflix, the fifth and final season of Stranger Things will start filming in 2022. We can expect the film to be out by the summer of 2024. 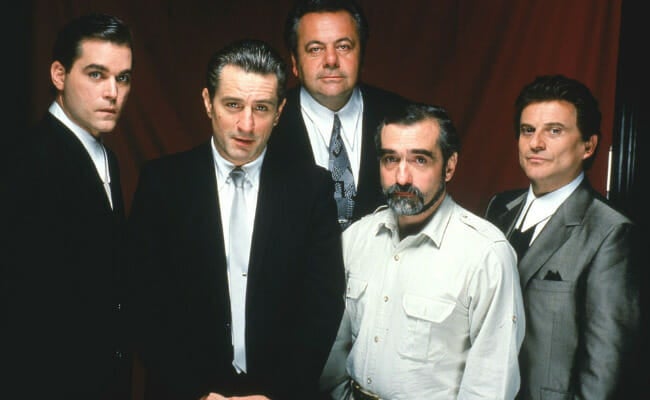 Fans of the Oscar-winning crime film GoodFellas felt betrayed when the movie was taken off Netflix on Feb 28, 2021. What made the exit of the film so painful was that Ray Liotta and Henry Hill never got the chance to make another movie. According to Martin Scorses, the filmmaker has plans to work with the duo once again but the timing was always off.

The mob epic returns to Netflix on July 1. Although the release of the second volume of Stranger Things must have dimmed its light, the cinematic gem is a film to rewatch. 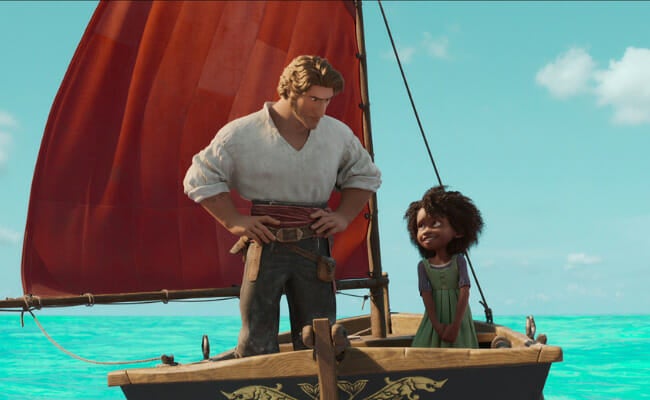 If you loved Moana, this computer-animated adventure film is a must-watch. The film, formerly titled “Jacob and the Sea Beast,” was renamed the sea beast in late 2020.

Like Moana, the film features a young Stowaway girl who made friends with the terrifying monster, helping him take down huge sea creatures. The 2022 film is filled with action and sea-venture. The actors whose voices were starred in the film include Zaris-Angel Hator, Karl Urban, Marianne Jean-Baptiste, Kathy Burke, Dan Stevens, and Jared Harris.

The film arrives on Netflix this Friday, July 8. Even before its official release, the film has positive reviews from 15 movie critics on Rotten Tomatoes. 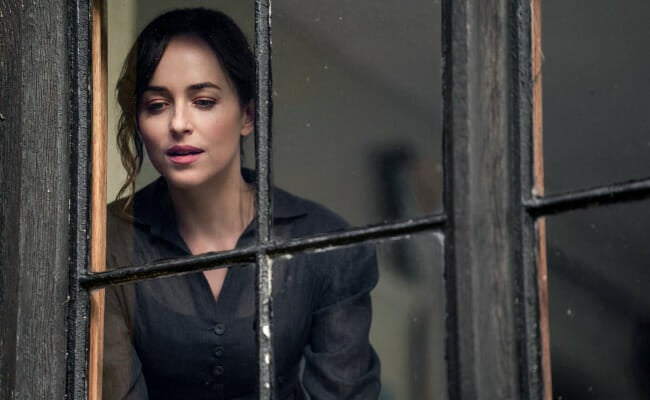 The best movies of the last decade, in my opinion, sprung from novels. Persuasion might be one of the greats if it delivers beyond expectations. The American Drama film is an adaptation of the last novel that Jane Austen wrote with the same title.

Anne Elliot (real name, Dakota Johnson) rejected a broke man by the name of Captain Frederick Wentworth due to peer pressure. As fate would have it, their paths crossed once again after a decade. Will she follow her heart this time or will she let bygone be bygone. Get your popcorn ready and keep the date, to July 25. 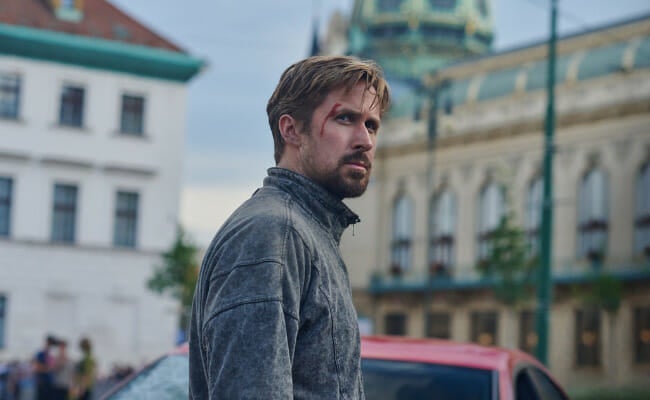 Cheers to the most expensive movie Netflix ever produced. The $200 million dollar movie is set to hit the cinemas on July 22, 2022. The Gray Man stars Ryan Gosling, a Canadian actor famous for featuring in independent films across multiple genres.

The action thriller film depicts the fictional story of a CIA agent named Court Gentry who fled the agency after uncovering their heinous hidden secrets. His crazy ex-colleague, Lloyd Hansen, alongside international assassins was tasked to kill Gentry.

New Disney Plus films for July 2022 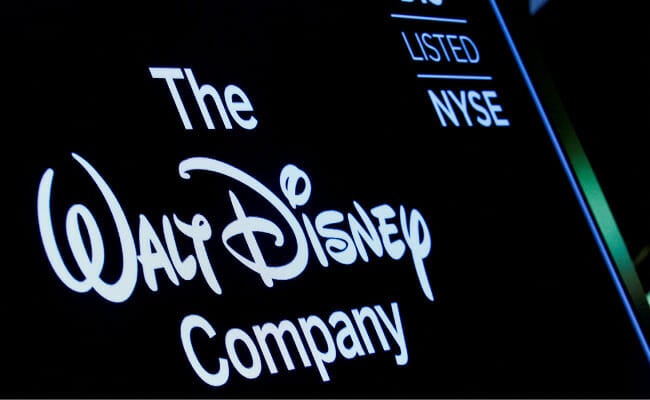 A screen shows the logo and a ticker symbol for The Walt Disney Company on the floor of the New York Stock Exchange (NYSE) in New York, U.S., December 14, 2017. REUTERS/Brendan McDermid/File Photo

The streaming home of Disney is the best platform for users who are fanatics of comic movies, original marvel series, and National Geographic shows. In anticipation of the shark fest, July has loads of fresh shark documentaries.

It is important to note that Disney might add more shows and the date they stipulated may not be the same for all countries. The time that Disney Plus announced is consistent with the US Release schedule.

The Birth of the Big Air is from the true-life story of Mat Hoffman, one of the pioneers of the BMX circuit, According to ESPN films, Mat’s purpose was not of monetary gains or clout, but by the ‘purity of the sport’.

Mat Hoffman first came into the BMX circuit at age 13 and within three years, he became a pro in the game. At a time when he had no big endorsement bag or the spotlight, Matt attained his goals against all odds.

Slaying the Badger is another true-life story of Greg LeMond, the only American to triumph in the Tour de France race (a male multiple-phase bicycle race hosted in France annually).

They released the film in the same month as the 2022 Tour de France, which is set to hold from July 1 to July 24.

1986 witnessed the victorious run of Greg who had to beat 22 teams including his pal and mentor, Bernard Hinault.

Photography made it possible to capture memories that would have faded with the tides of times before its advent. World’s Biggest Great White is a documentary revealing how three professional divers and photographers stumbled on a rare big white shark on their quest to document quantic life surrounding the carcass of a supermarket whale swimming on the coast of Oahu, the third largest Hawaiian Island.

Fans of Micheal B Jordan would enjoy America The Beautiful. The black panther star actor narrated this story. The movie has an interesting plot about the American natural habitat and its accompanying animals.

The movie gives you a satisfying view of America with new eyes. From the scorching desert to the sub-zero Arctic, the American landscape is full of natural habitats with varying weather conditions.

Regions visited throughout the movie are the infinite Heartland, the mountainous Northwest, the waterless West, and the wet South.

How do the animals survive the damping conditions in several parts of the country? Who are those guarding wildlife in the States? The answers to the questions are in an edutaining manner throughout the movie.

Spider and His Amazing Friends (July 13)

Lover of the Spiderman franchise will be ecstatic to find out that their favorite spiderman characters, namely Peter Parker, Gwent Stacy, and Miles Morales are linking up with other superheroes like Black Panther, Ms. Marvel, and Hulk to hunt the bad guys.

After fighting countless villains across several universes, Thor faces a challenge that’s common to all men but foreign to him, a search for inner peace.

He got back from retirement when Gorr the God Butcher tries to end the reign of the Gods. The superhero film’s release will be on July 8, 2022. 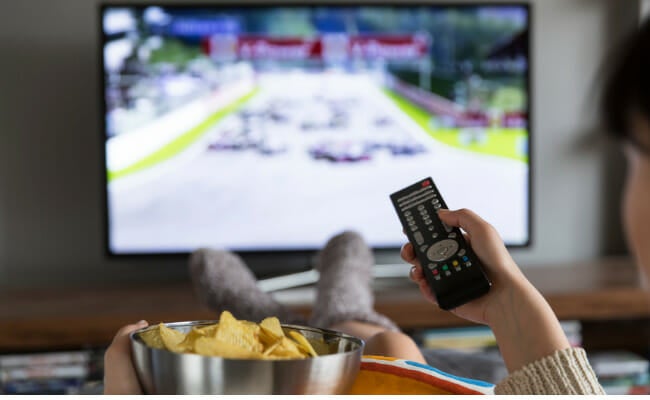 HBO Max is going to be welcoming back iconic films like Mad Max: Fury Road, Godzilla, and Pretty Little Liars in July. On the flip side, new films the anarchists, Craig of the Creek, FBoy Island, and Kung Fu, Rat in the Kitchen will be premiering on the streaming service.

There are many who believe the existence of a government is the death of our individual freedom. The Anarchists is a docuseries dedicated to the story of a Mexican event, Anarchapulco.

Anarchapulco is an annual conference in Acapulco to promote the gospel of a stateless society — pure anarchy. Everyone attends the event who has lost hope in the bureaucratic structure ranging from libertarians to crypto activists.

While the anti-government event started out as a one-off meetup started by Jeff Berwick in 2015, it has since grown into a yearly conference. This documentary series takes a deep cut into the debate of the government vs the people’s freedom. It will premiere on July 10.

A volume of 21 episodes of Craig of the Creek premiered on October 25, last year. Another volume of Season 4 episodes will be premiering on HBO this July.

The animated film narrates the misadventures of two friends,  John and Kelsey within their Herkleston neighborhood’s creek. According to the directors, Ben Levin and Matt Burnett, the series is based on their true childhood experiences on the East Coast.

Unlike all the movies listed in this article, FBoy Island ditches the script. It was orchestrated to mirror the ‘real-life dating scene. In the movie, three pretty damsels are tasked to unveil the true nature of the 24 suitors. The goal is to differentiate the so-called ‘FBoys’ from the ‘nice guys.

Rat in the Kitchen

In case you are wondering if this movie is about baiting and killing kitchen rats, no it isn’t.

The series portrays experienced chefs and home cooks going head to head in cooking tasks and they get rewards with cash once their dishes impress Chef Ludo.

In addition to the cooking challenges, they will try to fish out the ‘undercover mole’ attempting to spoil their dishes. Rating in the Kitchen premieres on July 17.

The rap game is one that feeds off the male-gang energy and there is little representation of women. Issa Rae is on a quest to give a female voice in the male-dominated genre with the movie, Rap sh!t.

Rap Sh!t narrates the account of two estranged high school friends from Miami who reunited to build a successful career in rap.  Issa Rae produced this show while Yung Miami co-produced, and JT (a member of the popular hip-hop duo, City Girls).

Asides from the new episodes debuting on these streaming platforms, you can also enjoy old films from your favorite actors like Leonardo Dicaprio, Ryan Gosling, and Chris Evans. We hope you have discovered new films via this guide. You can bank on us for the best new films coming to your favorite streaming services in August. Stay tuned.