US Treasury yield curve inverts again: What is it telling us?

US Treasury yield curve inverts again: What is it telling us?

A closely watched part of the U.S. Treasury yield curve inverted again on Tuesday, as investors continue to price in the chance that the Federal Reserve’s aggressive move to bring down inflation will push the economy into recession.

Yields on two-year Treasuries briefly rose above those of 10-year Treasuries for the third time this year, a phenomenon known as a yield curve inversion that has in the past preceded U.S. recessions.

It comes amid a chorus of growth warnings on Wall Street, as a Fed intent on bringing inflation down from more than 40-year highs sets the course for aggressive monetary policy tightening that investors fear will also hurt U.S. growth.

Here is a quick primer on what a steep, flat, or inverted yield curve means, how it has predicted recession, and what it might be signaling now. WHAT SHOULD THE CURVE LOOK LIKE? The U.S. Treasury finances federal government budget obligations by issuing various forms of debt. The $23 trillion Treasury market includes bills that mature in one month to one year, two- to 10-year notes, and 20- and 30-year bonds. The yield curve, which plots the return on all Treasury securities, typically slopes upward as the payout increases with the duration. Yields move inversely to prices. 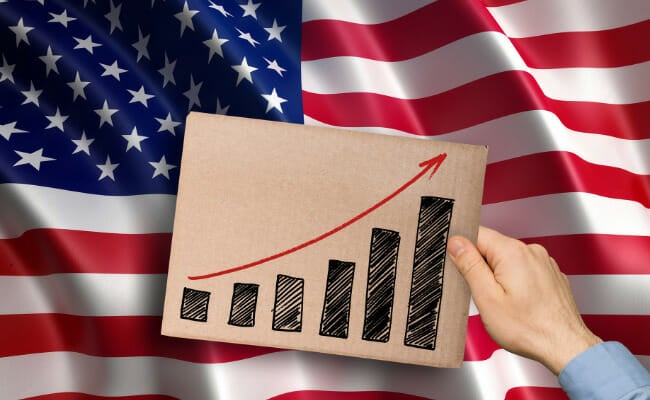 A steepening curve typically signals expectations for stronger economic activity, higher inflation, and higher interest rates. A flattening curve can mean investors expect near-term rate hikes and are pessimistic about economic growth. WHAT DOES AN INVERTED CURVE MEAN? Investors watch parts of the yield curve as recession indicators, primarily the spread between three-month Treasury bills and 10-year notes, and the two- to 10-year (2/10) segment.

On Tuesday, yields on two-year Treasuries rose as high as 2.95%, while the 10-year stood at 2.94%. The two-year, five-year part of the curve also inverted for the first time since February 2020.

The inversions suggest that while investors expect higher short-term rates, they may be growing nervous about the Fed’s ability to control inflation without hurting growth, even though policymakers say they are confident in achieving a so-called “soft landing” for the economy.

The Fed has already raised rates by 150 basis points this year, including a jumbo-sized, 75 basis point increase last month.

The two- to 10-year segment of the yield curve inverted in late March for the first time since 2019 and again in June.

The U.S. curve has inverted before each recession since 1955, with a recession following between six and 24 months, according to a 2018 report by researchers at the San Francisco Fed. It offered a false signal just once in that time. That research focused on a slightly different part of the curve, between one- and 10-year yields.

Anu Gaggar, Global Investment Strategist for Commonwealth Financial Network, found that the 2/10 spread has inverted 28 times since 1900. In 22 of these instances, a recession followed, she said in June.

For the last six recessions, a recession on average began six to 36 months after the curve inverted, she said.

Before March, the last time the 2/10 part of the curve inverted was in 2019. The following year, the United States entered a recession, which was caused by the pandemic. WHAT DOES THIS MEAN FOR THE REAL WORLD? While rate increases can be a weapon against inflation, they can also slow economic growth by raising borrowing costs for everything from mortgages to car loans. The yield curve also affects consumers and businesses.

When short-term rates increase, U.S. banks raise benchmark rates for a wide range of consumer and commercial loans, including small business loans and credit cards, making borrowing more costly for consumers. Mortgage rates also rise. When the yield curve steepens, banks can borrow at lower rates and lend at higher rates. When the curve is flattered their margins are squeezed, which may deter lending.

LATEST
US consumer price growth stable for July
Canadian companies stick to hiring plans even as slowdown looms
Elon Musk sells off almost $7 billion of Tesla stock despite Twitter issues
Should you sign that severance agreement?
Why You Should Invest in Apple Stocks Right Now
Migrante Canada chair faces deportation