From Cory to Duterte: When presidents say terrible things

From Cory to Duterte: When presidents say terrible things 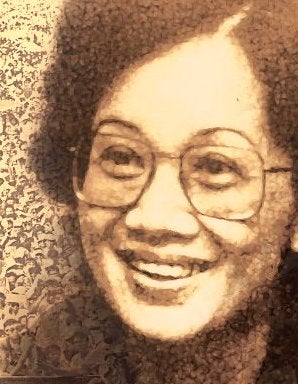 When presidents make terrible statements, bad things can happen. And I’m not just talking about the latest outrage from Rodrigo Duterte who has told soldiers it’s okay to rape and just recently ordered them to shoot women rebels in their genitals.

Other presidents and political leaders have made uninformed, ill-informed, even deplorable declarations in the past. This is true even with leaders who don’t curse or use vulgar language.

In March 1987, a year after she became president, the symbol of the struggle against the Marcos dictatorship said this: “The answer to the terrorism of the left and the right is not social and economic reform, but police and military action.”

I still remember that statement as a low point in Cory’s presidency, made just a few weeks after the Mendiola Massacre, when police opened fire on a peasant march, killing 13 people. It was a time when Cory was being criticized for caving to the military’s hardline approach to dealing with social unrest that she had vowed to address through reforms and dialogue.

The words of the leader sometimes portrayed as a saint sent a disturbingly unsaintly message to the country’s military and security forces: Go ahead and wage war, and don’t worry too much about human rights.

In October, Cory even endorsed the Alsa Masa, the anti-communist vigilante group that became notorious for using terror tactics and violence against civilians: “We look up to you as an example of our fight against communism.”

Within a year, Cory was known as president who couldn’t care less about human rights. “Aquino Said to Condone Human Rights Abuses,” read the headline in a New York Times report.

The New York-based Lawyers Committee for Human Rights issued a report saying: “’In the past year, the human rights of Filipinos have suffered grave violations on a wide scale.”

Even the Free Legal Assistance Group, the prestigious human rights organization founded by Cory’s ally Sen. Pepe Diokno, who led the creation of the Commission on Human Rights, spoke out against her.

Today, Cory’s 1987 statement comes across as bland and even unremarkable: “The answer to the terrorism of the left and the right is not social and economic reform, but police and military action.”

But while the message it sent to members of the country’s military and police, many of whom were veterans of the abuses during the Marcos dictatorship, may have been subtle, Cory’s words helped set the tone for what the New York Times called “one of the most striking retreats of her presidency.”

From Cory’s subtle message, we now have ugly, garbage talk, vile and dangerous.

Rodrigo Duterte has threatened human rights advocates: “One of these days, you human rights groups, I will also investigate you. That’s the truth. For conspiracy. … If they are obstructing justice, you shoot them So they can really see the kind of human rights.”

He has threatened journalists: “Just because you’re a journalist you are not exempted from assassination, if you’re a son of a bitch.”

He assured soldiers that he has their back in the war in Mindanao where he suggested that they can pretty much do anything they want: “If you rape three, I will admit it, that’s on me.”

And with the collapse of peace talks with the communist movement, how does Duterte try to rally the troops? “Shoot the women NPA [guerillas] in their vagina.”

The result: thousands dead in a senseless slaughter, a climate of fear in which advocates of human rights and civil rights, journalists and even ordinary citizens feel under siege, and an investigation by the International Criminal Court.

We live in a time when garbage comes out of the mouths of leaders for whom human rights, social justice and even basic decency don’t mean anything.

It’s true in the United States, where Trump has insulted immigrants calling their homelands “shithole countries.” It’s true in the Philippines where Duterte has emerged as the most vulgar, thuggish president the country has ever known.

We will have to live with garbage talk in the next few years. Hopefully, it will just be a few years.

Meanwhile, we have to remind young Filipinos that it doesn’t have to be that way, that were times when a leader’s words inspired a community or a nation to overcome enormous challenges .. that a strong leader doesn’t curse or crack ugly jokes or insult groups or entire communities.

Take Nelson Mandela, one of the greatest leaders of our time, who spent 27 years in an apartheid prison for defying a racist, violent regime.

He walked out of prison without bitterness and a with a clear-eyed vision for the future of South Africa, for the long-oppressed black majority and the white minority that benefited from a racist system.

Despite the abuse and injustice he endured, Mandela had the courage to say this: “For to be free is not merely to cast off one’s chains, but to live in a way that respects and enhances the freedom of others.”

We don’t even have to look overseas.

Diokno had died when the human rights organization he led FLAG spoke out against the worsening human rights conditions under Cory.

But his words likely served to inspire them in taking a stand for human rights: “No cause is more worthy than the cause of human rights. They are what makes a man human. Deny them and you deny man’s humanity.”

And in these dark times, this powerful reminder from a great Filipino leader: “Against a united people, no force is strong enough to prevail.”