NEW YORK — After months of planning and preparation, it all came down to one evening gala attended by some 300 Manhattan fashionistas. Fresh from the Philippines, designers Sidney Perez, Bessie Besana, Oz Go and Albert Andrada had their mannequins strut the aisles in style for the winter edition of New York Fashion Week 2018.

Starting from casual New York fitness lifestyle, the show’s mastermind, Sidney Perez, displayed his hip-hop sports and leisure wear made of neoprene, wool and mesh fabrics, dominated by cool hues of blue, white and black. It is his second time to show off his collection in New York. In September 2018, he will present his Spring-Summer collection for 2019. 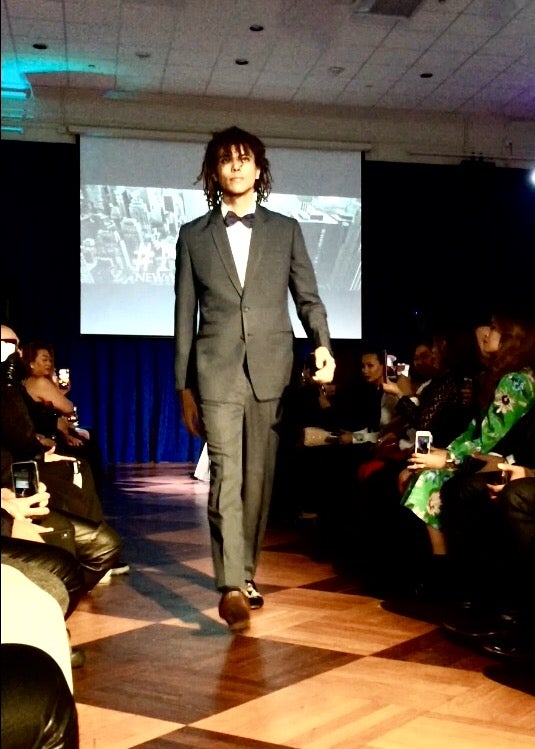 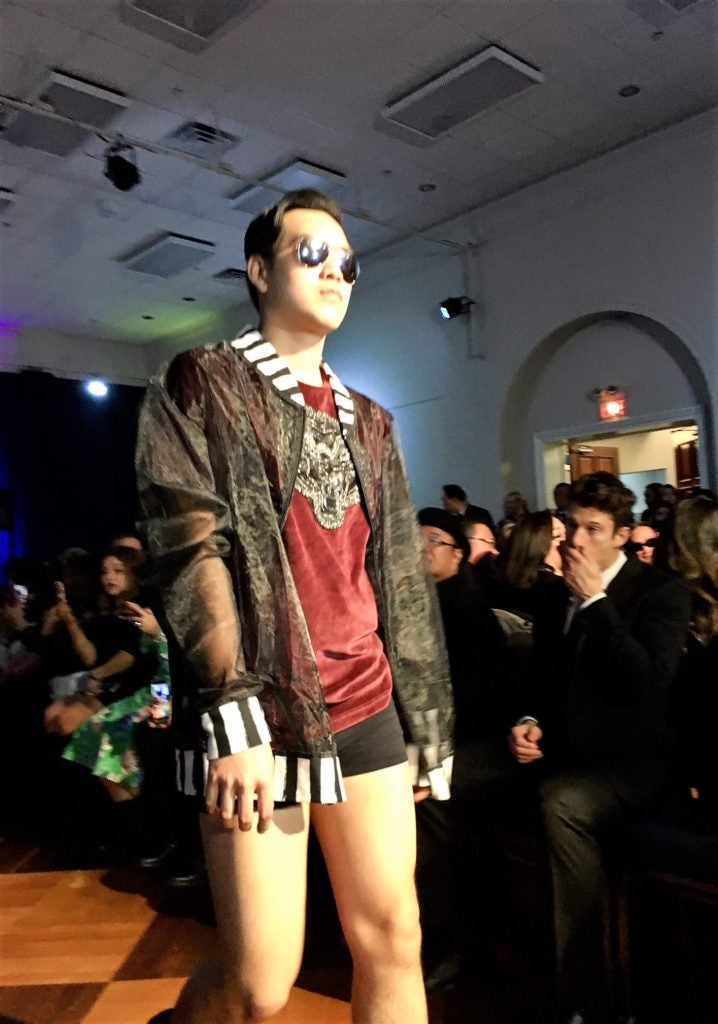 Oz Go opened the third part of the show with glamorized career trends, which he sums up as women empowerment. He points out, “My style is defined by the dominance of women. Strong women who is in control of their lives, works hard and plays hard.” Up next, he is working on his bridal gowns, as well as his spring-summer 2019 collection for haute couture and ready-to-wear. 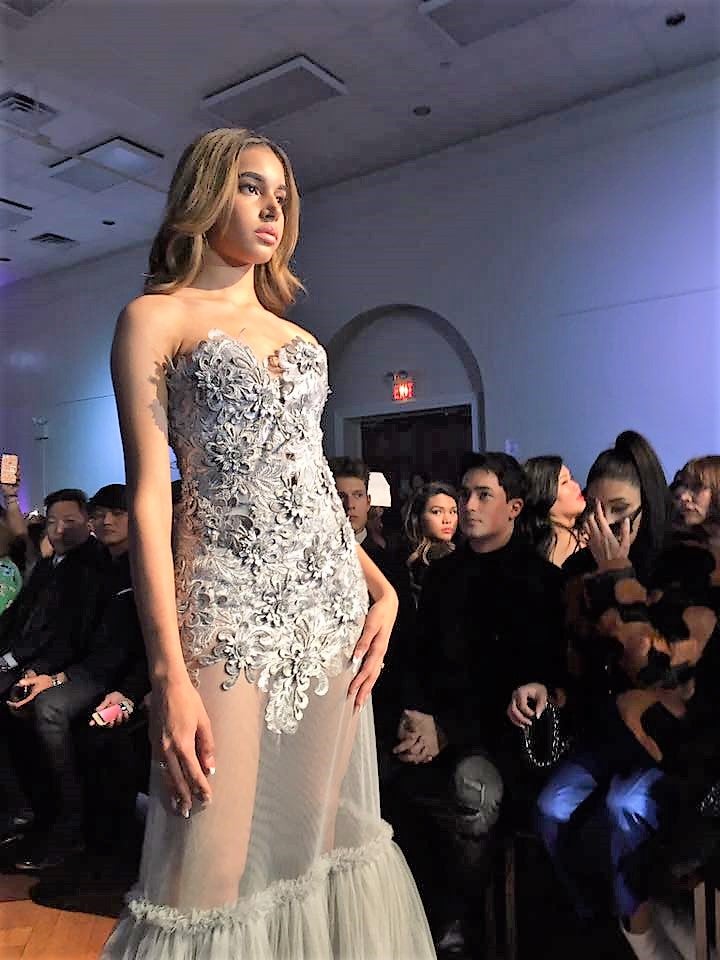 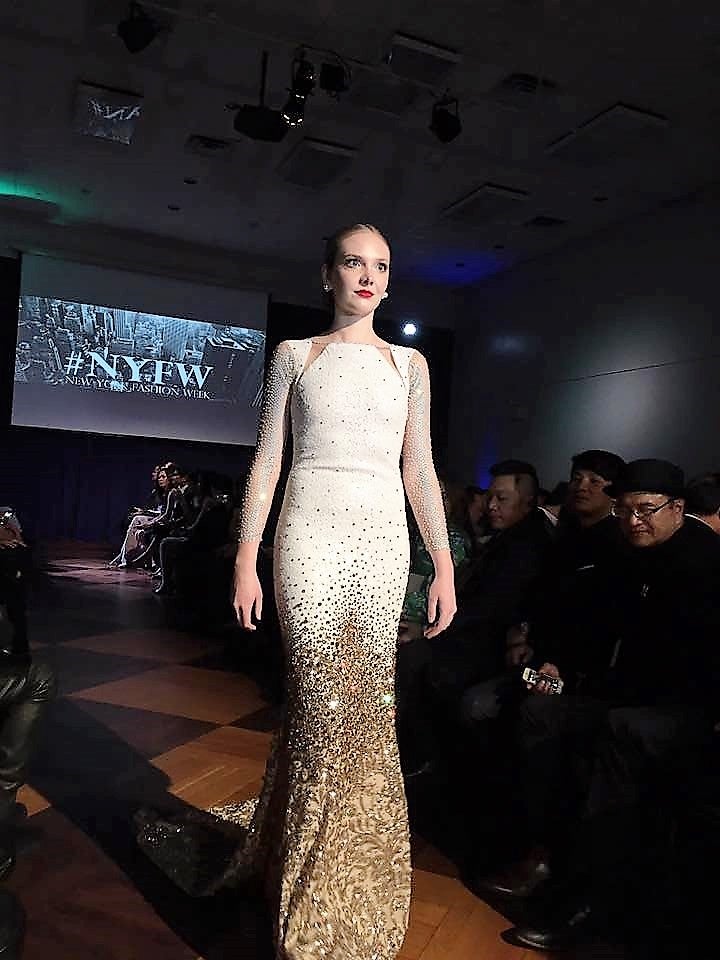 For the finale, Dubai-based Albert Andrada presented a collection of gowns and classic evening wear that breathe elegance, glitz and opulence of fabrics. He was one of the three designers picked to create barongs for the delegates to the Association of Southeast Asian Nations (ASEAN) summit held in the Philippines. He also designed for Miss Universe 2016 Iris Mittenaere of France.

The venue in midtown Manhattan is run by a non-profit organization, its ballroom transformed into a fashion runway by producer Velzon Velez, with the help of restaurateur Ria Serrano and the designers themselves. Models from Canada and New York were recruited for the catwalk. For his part, Bessie Besana had the participation of Ford signature model Roberto Rossellini, and was supported by his friend Pia Wurtzbach. Watch a video clip of the show at: https://youtu.be/u4suUikqu4U

During the intermission, a slight shift of attention went to the former Miss Universe as soon as the spectators realized that she was there. A long queue of guests tried to snap a photo with Pia Wurtzbach, then accompanied by boyfriend Marlon Stockinger. The beauty queen obliged until the organizers had to break the stream of fans building up.

All is well that ends well. Plans are under way for each designer to produce solo shows in the near future. Bessie Besana started meeting with New York Consul General Theresa Dizon De Vega and Philippine Ambassador to the UN Mission Teddy Boy Locsin, as he intends to promote La Union homegrown abel handwoven fabrics for a tourism-related regional show, hopefully next fall.