Rapper Dave, chart-topper Ed Sheeran, and music star Shakira were among the winners at the Ivors in London on Thursday, the annual awards honoring songwriters and screen composers.

Dave beat the likes of singers Adele, Sheeran, and Raye as well as band Coldplay to be crowned songwriter of the year while the Ivor Novello award for the best album went to Laura Mvula’s critically-acclaimed “Pink Noise”.

“I’m just genuinely happy to be here amongst people I respect,” Mvula told Reuters on the red carpet before the ceremony. “These are the people that don’t get shouts enough.”

Shakira was recognized with the special international award at the event organized by the UK-based Ivors Academy. 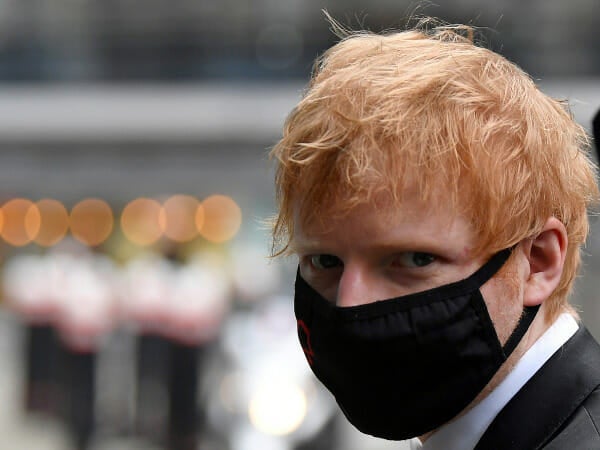 Musician Ed Sheeran arrives at the Rolls Building for a copyright trial over his song Shape Of You, in London, Britain March 10, 2022. REUTERS/Toby Melville

“There’s so much talent out there and I’m glad that today there are so many platforms that new songwriters and new creators are taking advantage of,” she told reporters.

“When I started my career as a songwriter and as a producer and singer, it was harder because I had to knock on every door and it was hard to make sure that people knew about your work and get exposure. But today, technology has facilitated that in so many ways, and…also it’s more democratic.”

Sheeran, who last month won a copyright case over his 2017 mega chart-topper “Shape Of You” at the High Court in London, won the category for most performed work for his hit song “Bad Habits”.

The best song musically and lyrically went to Sam Fender’s “Seventeen Going Under” while rapper Little Simz’s “I Love You, I Hate You” won best contemporary song.

Musician Peter Gabriel received the academy fellowship and The Cure’s Robert Smith and Simon Gallup were honored with the Icon award.

The awards, named after early 20th-century Welsh composer, actor, and entertainer Ivor Novello, were first handed out in 1956.