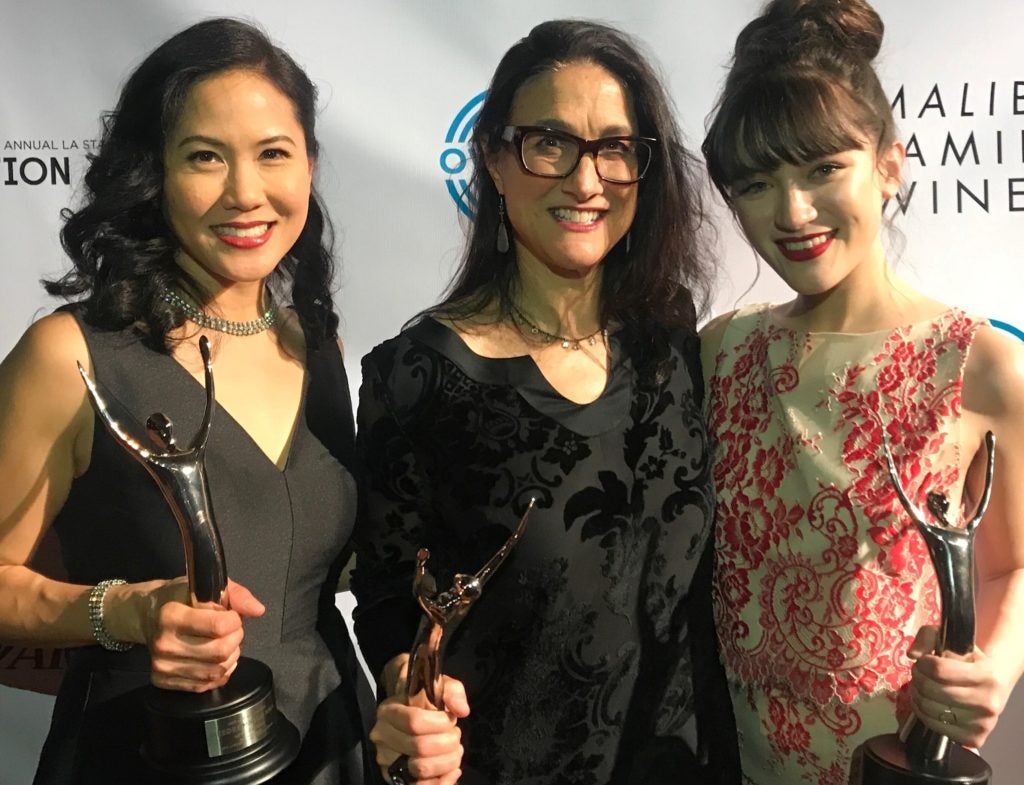 The Ovation Awards are the only peer-judged theater awards in Los Angeles, created to recognize excellence in performance, production, and design in the Greater Los Angeles area.

Organized by the Los Angeles Stage Alliance, the awarding ceremony was held at Theatre at Ace Hotel.

“I am still pinching myself about winning the Ovation award!” said Magno Hall. 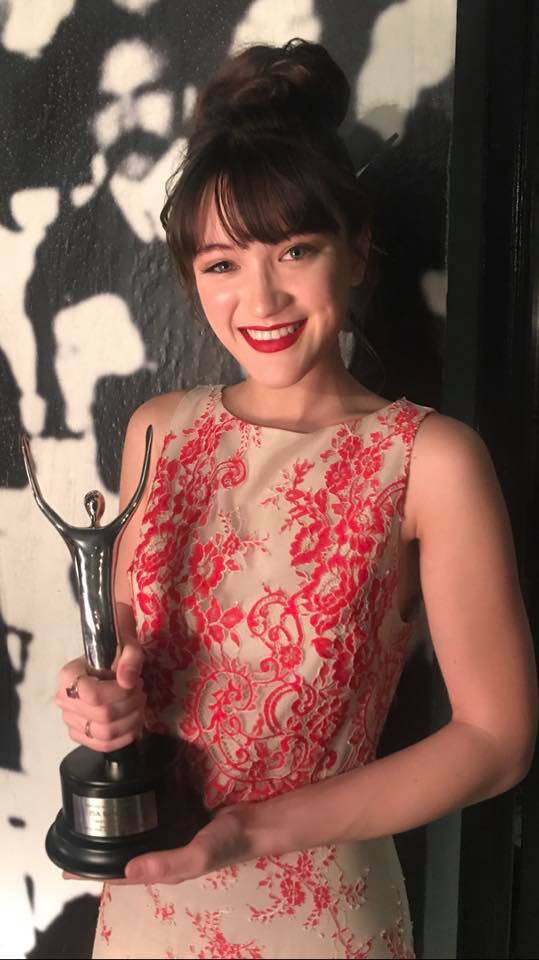 “To be able to do what I love for a living is already a blessing, and I feel so honored and grateful to the LA Stage Alliance and Ovation voters to have been recognized for my work. But I wholeheartedly share this award with the entire cast and crew of ‘Next to Normal’ at EWP, especially my stage-husband and real life-husband, Cliffton Hall!”

Briones had the difficult task for competing against herself, three times over. She was nominated for three roles she had done, with two nominations for the same role for different theater companies: the Natalie role for EWP and for Triage Productions/Standing Room Only Productions, which she had performed prior to the EWP staging.

She was also nominated for her work as “Mistress” in Cabrillo Music Theatre’s production of “Evita.”

“It was all so surreal,” Briones said of being nominated thrice in the same category. “It’s just such an honor to be recognized for shows that had such a huge impact on my life. I cherish each of them and what they taught me.

“And on top of that, East West Players being so highly rewarded for their great work is amazing.”

The winners celebrated with their colleagues at the after-party. However, the Hall couple had to leave early to relieve their babysitter.

“It was a school night which meant an early next morning, so we hurried home and scarfed down leftover pizza,” said Magno Hall.

“However, Clifton is taking me and our kids out for crab legs this weekend to celebrate again! I’m very excited!” 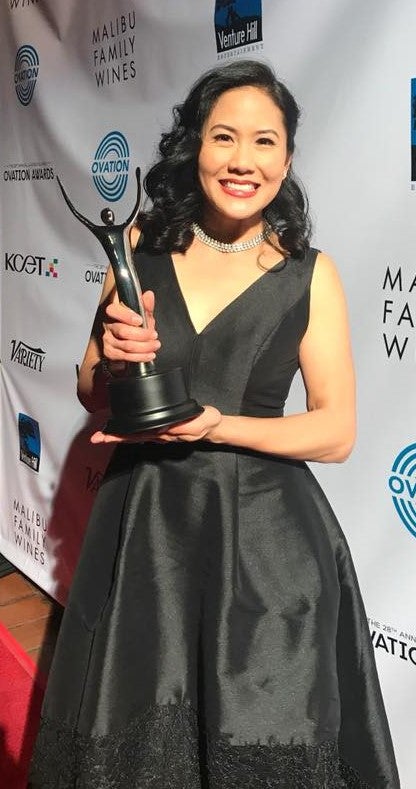 Isa Camille Briones, on the other hand, is now based in New York and returned to Los Angeles to attend the ceremony. “Just being able to be back in LA with my family for a few days was one big celebration,” said Briones.

It received nominations for Best Acting Ensemble for a Musical and Music Direction. 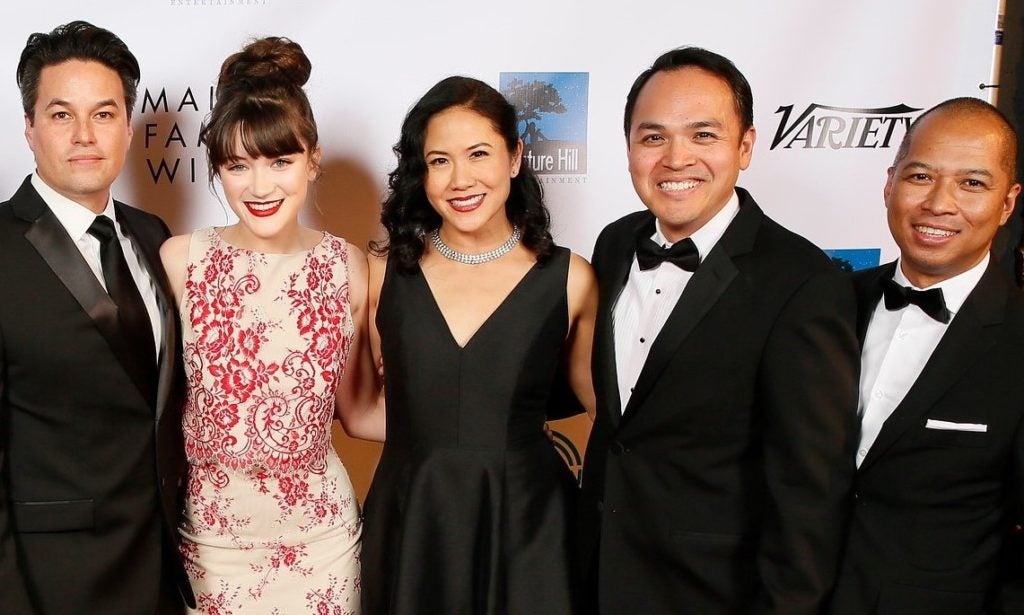 Fil-Am playwright Boni Alvarez’s play “Bloodletting,” which was directed by Fil-Am Jon Lawrence Rivera for Playwright’s Arena, received a nomination for Sound Design in an Intimate Theatre for Howard Ho.

Briones’ father, Jon Jon, has just concluded his Broadway debut as the Engineer in the 2017–2018 revival of “Miss Saigon.”

Daughter and father recently played the sister and father of Andrew Cunanan on television series “American Crime Story: The Assassination of Gianni Versace.”

The Hall couple will be performing at the Outdoor Pops concerts in May in Florida where they will be singing with the Sarasota Orchestra.

Magno Hall also voices the character of Pearl in Cartoon Network’s animated series “Steven Universe.” “We will start recording again for the next season in a couple of weeks,” she said.

READ about Deedee Mango Hall and Isa Camille Briones’ work in “Next to Normal” here.